Update The campaign has withdrawn the threat.

Some countries learned from America's copyright mistakes: TPP will undo that 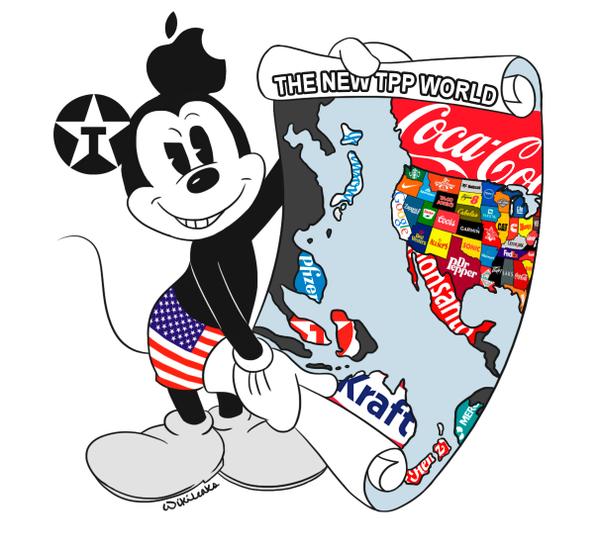 America's 1998 Digital Millennium Copyright Act made it easy to censor the Internet: under the statute, you can make virtually anything disappear by claiming, without evidence, that it infringes your copyright, and there are almost no penalties for abuse. Read the rest

Michael Geist writes, "Canada's Federal Court has issued its ruling on the costs in the Voltage-TekSavvy case, a case involving the demand for the names and address of thousands of TekSavvy subscribers by Voltage on copyright infringement grounds. Last year, the court opened the door to TekSavvy disclosing the names and addresses, but also established new safeguards against copyright trolling in Canada. The decision required Voltage to pay TekSavvy's costs and builds in court oversight over any demand letters sent by Voltage."

The issue of costs required another hearing with very different views of the costs associated with the case. TekSavvy claimed costs of $346,480.68 (mainly legal fees and technical costs associated with complying with the order), while Voltage argued the actual costs should be $884. The court disagreed with both sides, settling on costs of $21,557.50 or roughly $11 per subscriber name and address. The decision unpacks all the cost claims, but the key finding was that costs related to the initial motion over whether there should be disclosure of subscriber information was separate from the costs of abiding by the order the court ultimately issued. The motion judge did not address costs at the time and the court now says it is too late to address them.

With TekSavvy now bearing all of those motion costs (in addition to costs associated with informing customers), the decision sends a warning signal to ISPs that getting involved in these cases can lead to significant costs that won't be recouped. That is a bad message for privacy.