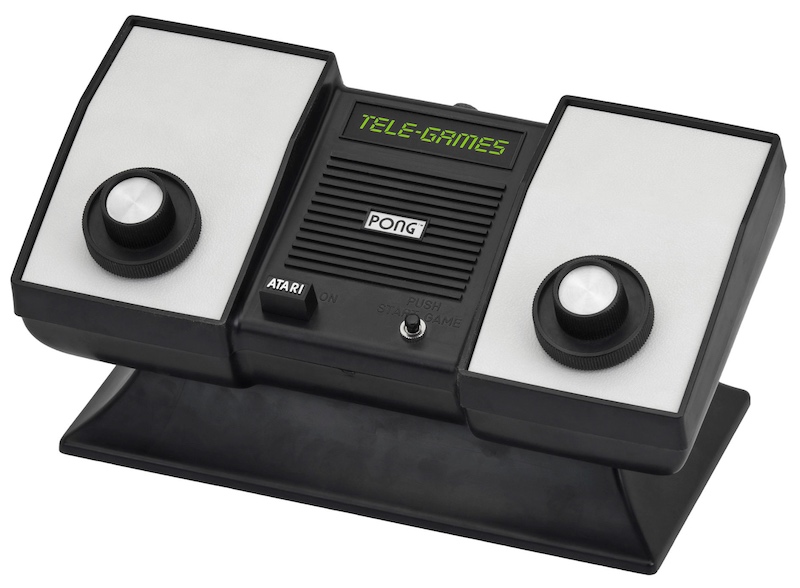 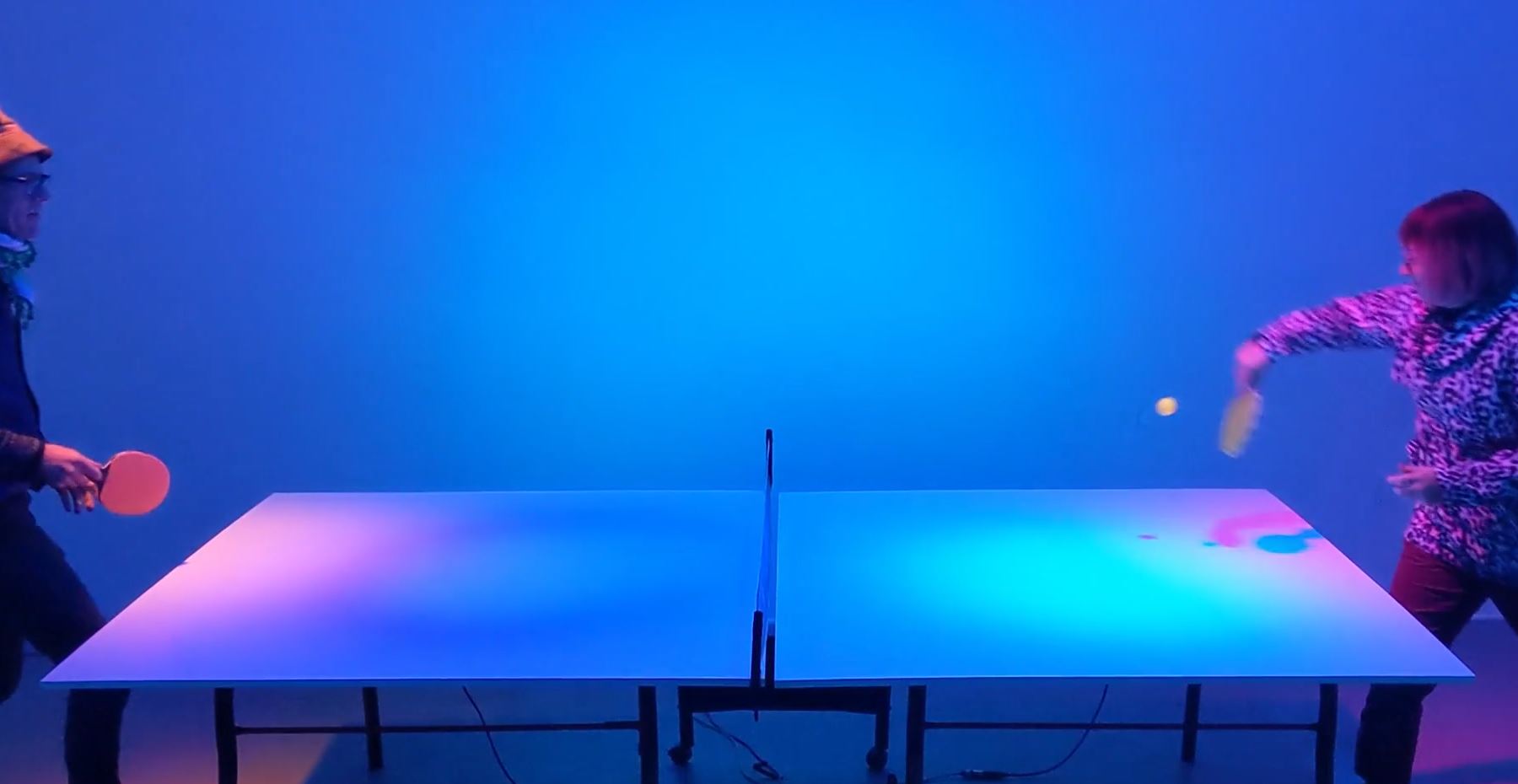 The Persistence of Pong is an art installation by Jesse Stiles, augmenting a standard game of ping-pong with sounds, colors, intense flashing lights and moments of complete darkness.

An ordinary ping pong table is augmented with reactive sounds and lights, turning the game into a disorienting synesthetic experience for players and spectators alike. The installation presents players with syncopated patterns of light that play with the illusion known as persistence of vision – the phenomenon that distinguishes between the perception of still images versus continuous motion. These patterns are triggered directly by the bouncing of the ball, which is detected by microphones embedded in the table. Similarly, the installation presents disorienting patterns of sound that teeter between rhythm (individual sounds) and pitch as the speed of the action increases and decreases based on game play. Players may choose to cooperate by trying to keep the ball in play through increasingly hallucinatory levels or may seek to destroy the competition in the most disorienting ping pong environment technology can provide.

You can play yourself at the LikeLike gallery in Pittsburgh, but you have to arrange an appointment outside of specified dates. Read the rest

Giant game of real-life pong, anyone? 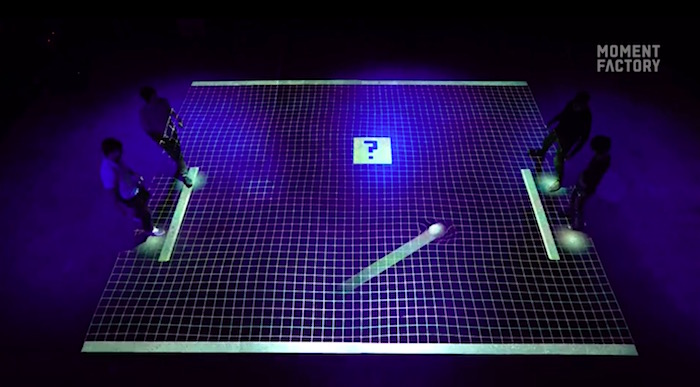 Here is a prototype of a giant pong-inspired game called GRiD, by multimedia entertainment creators Moment Factory. But rather than facing a screen, you are facing humans, in a physically challenging real-world game.

Moment Factory has created GRiD, a Pong variant that uses a LiDAR sensor (the same tech as in self-driving cars) to create an enormous, 40-by-60 foot playing field where the paddle only moves when you and a partner shuffle your feet together. You could get quite the workout if the teams are evenly matched, and that's before the game adds wrinkles like surprise acceleration or an extra ball.

GRiD isn't available to the public quite yet, but when it is I'll be standing in line. Read the rest

Painstation: a Pong cabinet that whips you when you lose 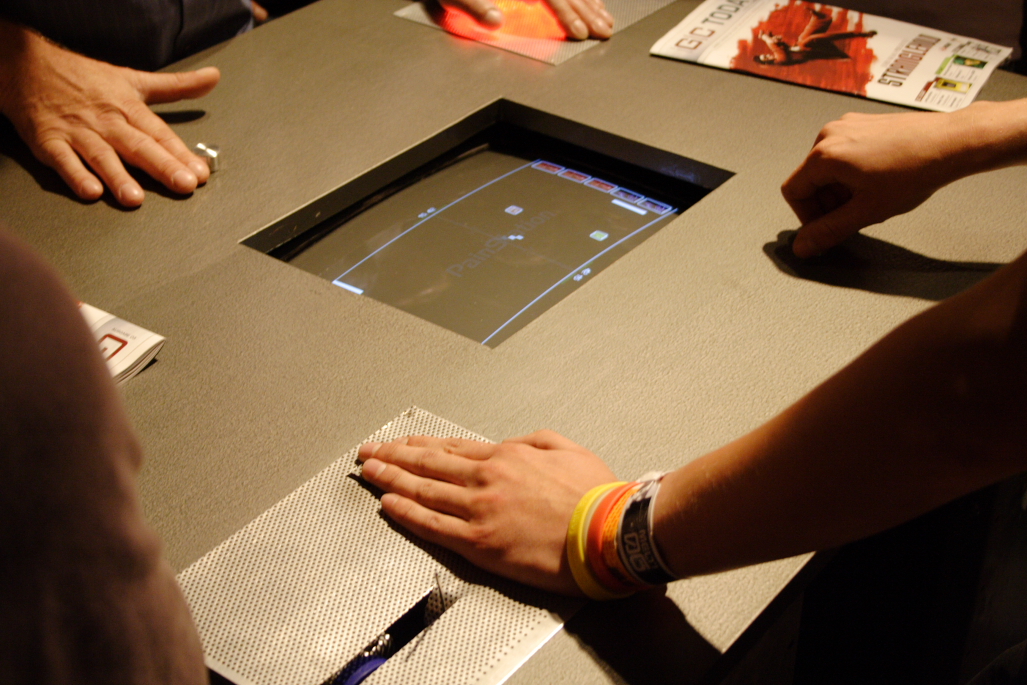 The PainStation is a cocktail-style Pong game that provides "sensory feedback" to players. Which is to say: pain. Physical pain.

During the game, the players place their left hands on the PEU (Pain Execution Unit) which serves as a sensor and feedback instrument. Possible feedback effects are heat impulses, an electric shock and an integrated miniature wire whip. The feedback generated is dependent on the playing process and can increase in its intensity. The respective opponent can try to alter his or her playing style to purposely change the intensity of the feedback.

Painstation is also remarkable in the degree of refinement applied to the basic Pong concept: ball speed, ricochet characteristics, bar length, etc, are all variable and under the influence of bonuses and competitive machinations. But it is the pain bonuses that matter:

The Pong Project brings one of the first arcade video games back into the physical world through ingenious DIY engineering.

Pong on the side of a skyscraper

On April 19 and April 24 Philadelphians young and old will have the chance to grab the arcade-style joystick one more time and engage in that timeless quest to spin the bouncing ball past the opponent’s paddle – writ large on the 401-foot north wall of one of the iconic buildings of Philadelphia’s skyline. More than 500 of the 1,514 LEDs affixed to Cira Centre’s shadowbox spandrels will recreate the game’s classic pixilation as competitors will go elbow-to-elbow from a vantage point across the Schuylkill River on the steps of the Philadelphia Museum of Art.