Smart mattress alerts you when your partner cheats on you

The Smartress is a mattress with embedded sensors that will send an alert to your phone "whenever someone is using your bed in a questionable way," according the manufacturer, Durmet. Read the rest 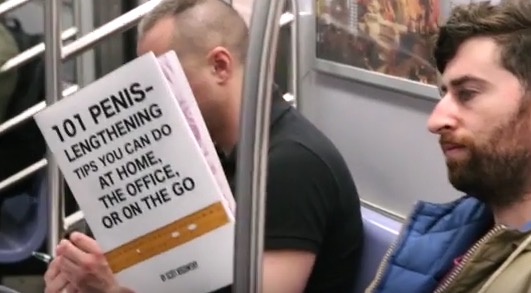 Comedian Scott Rogowsky pretended to read books with fake covers on the subway while his accomplice videotaped peoples' reactions. Some of the book titles:

How to Hold a Fart In 101 Penis Lengthening Exercises You Can Do at Home, the Office, or On the Go Slut-Shaming Your Baby Human Taxidermy: A Beginner's Guide Getting Away with Murder for Dummies

Watch this fellow launch his flaming truck into a lake

Note that he holds his nose before splashing into the water. Read the rest

The first person, and cat, to go over Niagara Falls in a barrel 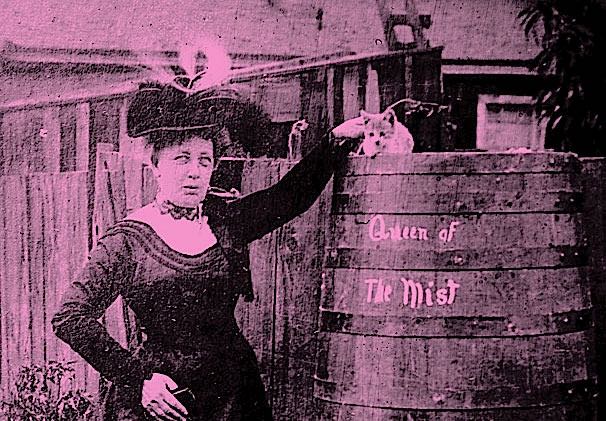 In 1901, Annie Edson Taylor, then 63, was the first person to make it over Niagara Falls in a barrel. She designed her own barrel, containing a harness and mattress, and sent her cat over the falls first as a test. Read the rest

This raw footage provides an inside look at the making of Mad Max: Fury Road. Read the rest

Evan from Fight for the Future writes, "Fight for the Future and Namecheap just parked a truck directly across the street from the FCC with a huge video billboard mounted on top facing the agency's main entrance; we're playing net neutrality videos all day today and tomorrow." Read the rest

As a kid, did you do insane stunts with your Hot Wheels cars? So do the people at the Hot Wheels Test Facility, but with real cars. This 92-foot "corkscrew jump" broke the world record. "Making of" video here. Read the rest

Video Link. Eric Nash, aka @onelovecandyman, is from Pasadena, CA, and works as a stuntman and actor in and around LA. You can see him stunt-busking sometimes along the Santa Monica's Third Street Promenade. He's incredible. Post more videos, Eric!

(thanks, Joe Sabia) Read the rest

The Warriors of Goja Bir Khalsa, a Sikh performance troupe, performed an astonishing strongman/bed of nails routine on India's Got Talent, a spectacle of extreme stunts involving a lot of glass eating, being run over by cars, hit by sledgehammers, bending iron bars with their Adam's apples, and so forth. The judges' performance -- dramatic expressions of shock and horror -- matched the performers'.