These 'temperature blankets' show a whole year's worth of weather! 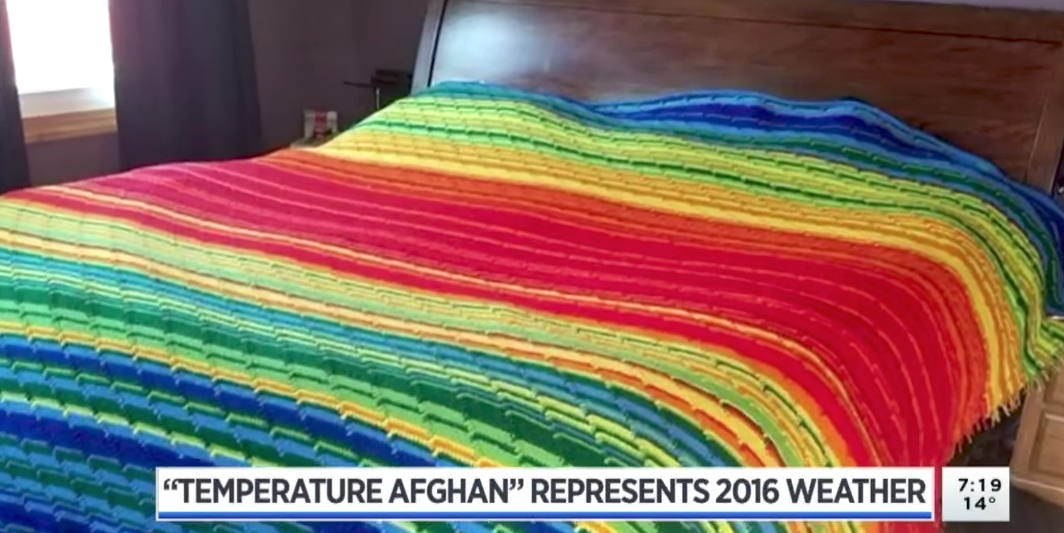 All you knitters or crocheters, this one's for you: temperature blankets.

The basic idea is that, every single day for an entire year, you'll stitch up a new row (or square or circle or other shape). The color you choose is determined by the outside temperature.

When I first came across one on Instagram, I thought it was something pregnant women did to kill time while waiting for baby to arrive. I thought these soon-to-be-moms were measuring their internal body temperature not the one outside. I can see now that I made it too complicated, and weird. To be fair, the crocheter of the one I saw had described it as her "daughter's temperature blanket."

Anyway, it's a super cool and simple idea. And it leaves plenty of room for creativity.

Most people start them at the beginning of the year, but you seem like a rebel to me. Start one today. Read the rest

Colder than the coldest cold

Absolute zero is supposed to be the coldest cold — 0 Kelvin, the point where atoms stop moving.

But researchers at the University of Munich say it's possible to get colder than that, an idea they've demonstrated experimentally. But what does it mean to be colder than cold? Here's the scientists' totally unhelpful explanation:

another way to look at these negative temperatures is to consider them hotter than infinity, researchers added.

October 2012 was the 332nd month in a row with a global average temperature that is higher than the 20th-century average. Put it another way: If you are younger than 28, then you have never experienced a colder-than-average month. In your entire life. (Via Chris Tackett) Read the rest