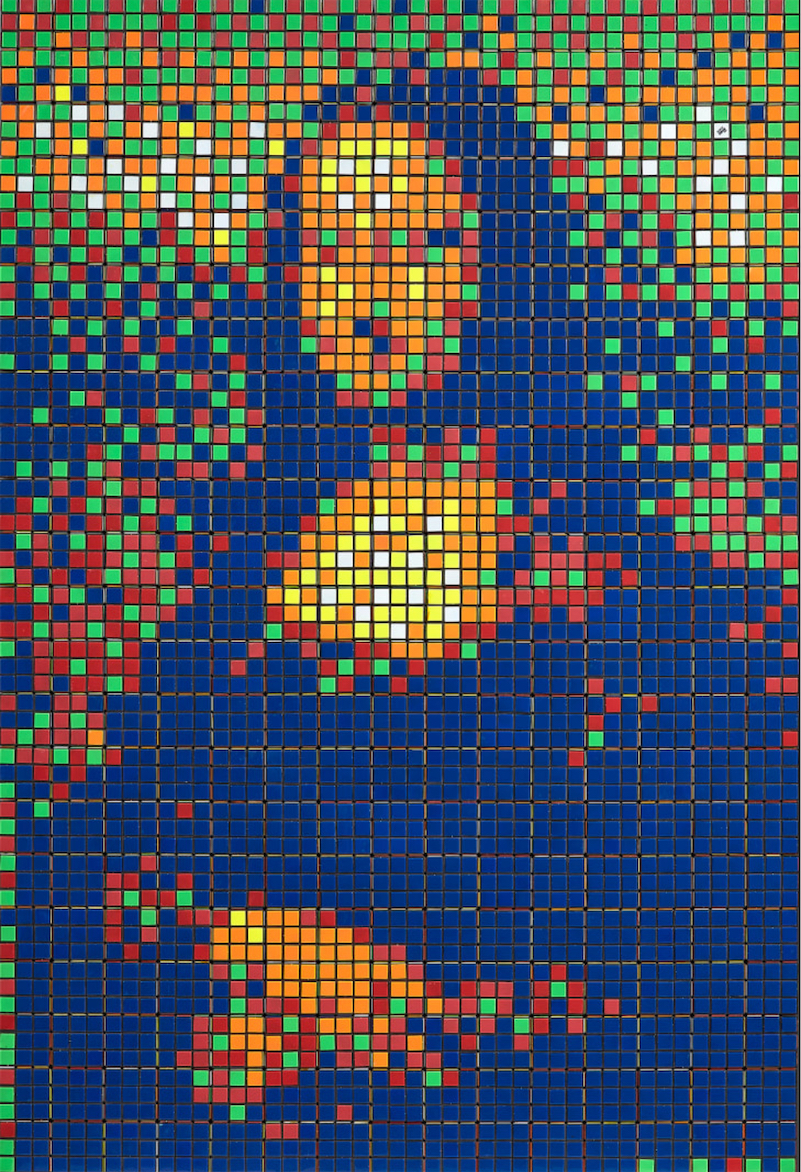 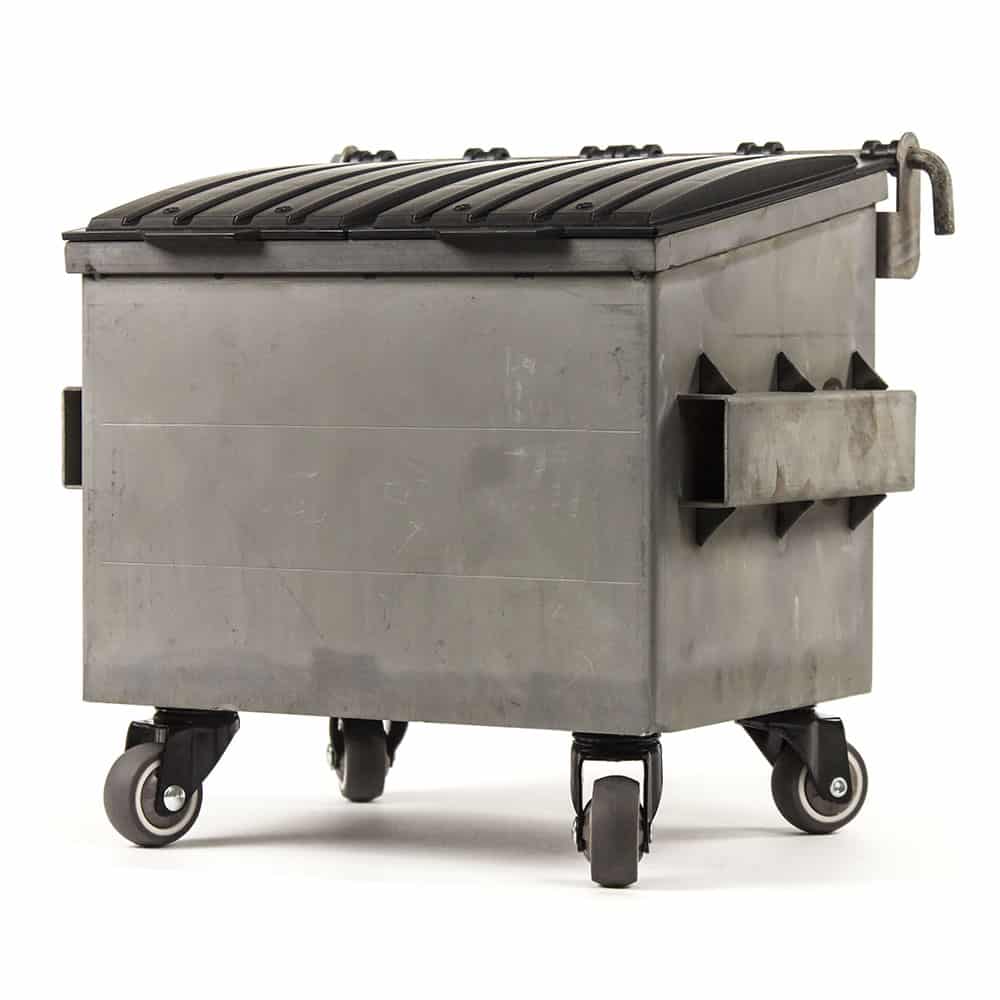 Fashioned after real full-sized galvanized steel dumpsters, these miniature desktop Dumpsty's stand in at just 10 inches tall and 11 inches wide (which is big enough to hold magazines). The blank models come in a variety of body and lid colors and are ready to be customized (or not).

Priced at $195 each, they ain't cheap. But, wow, what a cool conversation piece.

Beautifully pre-designed one-of-a-kind editions are available too, like this one by street artist Jimbo Phillips ($495):