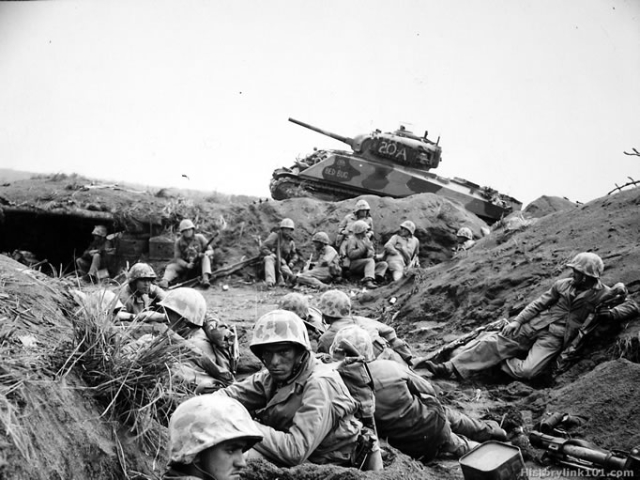 The Second World War came to an end 73 years ago. The men and women who served during the war are rapidly succumbing to the ravages of old age. In my lifetime, I know I'll mourn the loss of the last surviving WWII soldier, as I did the loss of Florence Green, the last surviving veteran of the First World War, in 2012. What the veterans of these horrific conflicts saw and in many cases, were forced to do in combat, should never be forgotten: their deeds and memories give color to every discussion we could have about why war should be avoided at all cost. While there's no stopping their deaths, one man has dedicated his life to preserving as many of the life experiences that the veterans of the Second World War lived through as possible.

The CBC recently ran a fascinating profile on Rishi Sharma. He's a 20-year-old man from California that's dedicated years of his life to interviewing the surviving veterans of World War II. According to the CBC, Sharma has conducted over 870 interviews with U.S. veterans in 45 American States. Recently, he made his way to Canada to hear what our old soldiers had to say about their time at war.

Sharma says he's been interested in the Second World War since he was a child. He'd pore over books, watch the History Channel and once aspired to be a marine. When he realized how easily accessible war veterans are, he began reaching out to them.

Scott Olsen, the 24-year-old Marine veteran seriously injured by a police projectile during a violent raid on the peaceful Occupy Oakland encampment, was released from the hospital this week. Olsen received traumatic brain injury when a police officer (still un-named, from an unknown force, maybe Oakland police but maybe not) shot him with a so-called "less-lethal" round. Veterans For Peace volunteer Adele says:

I had a chance to visit Scott this evening. He is very present, alert, and has a lot of energy. He is still struggling with speech, but is attempting conversations without having the writing instrument out. He also is doing an amazing job of staying patient with himself and didn't seem to get frustrated with himself or need to rush when trying to work out thoughts in speech. Personally, it was a huge relief to see him after last having seen him while he was sedated and in critical condition.

Read the rest here, including updates on his legal support and housing needs. There's a related Reuters item here.