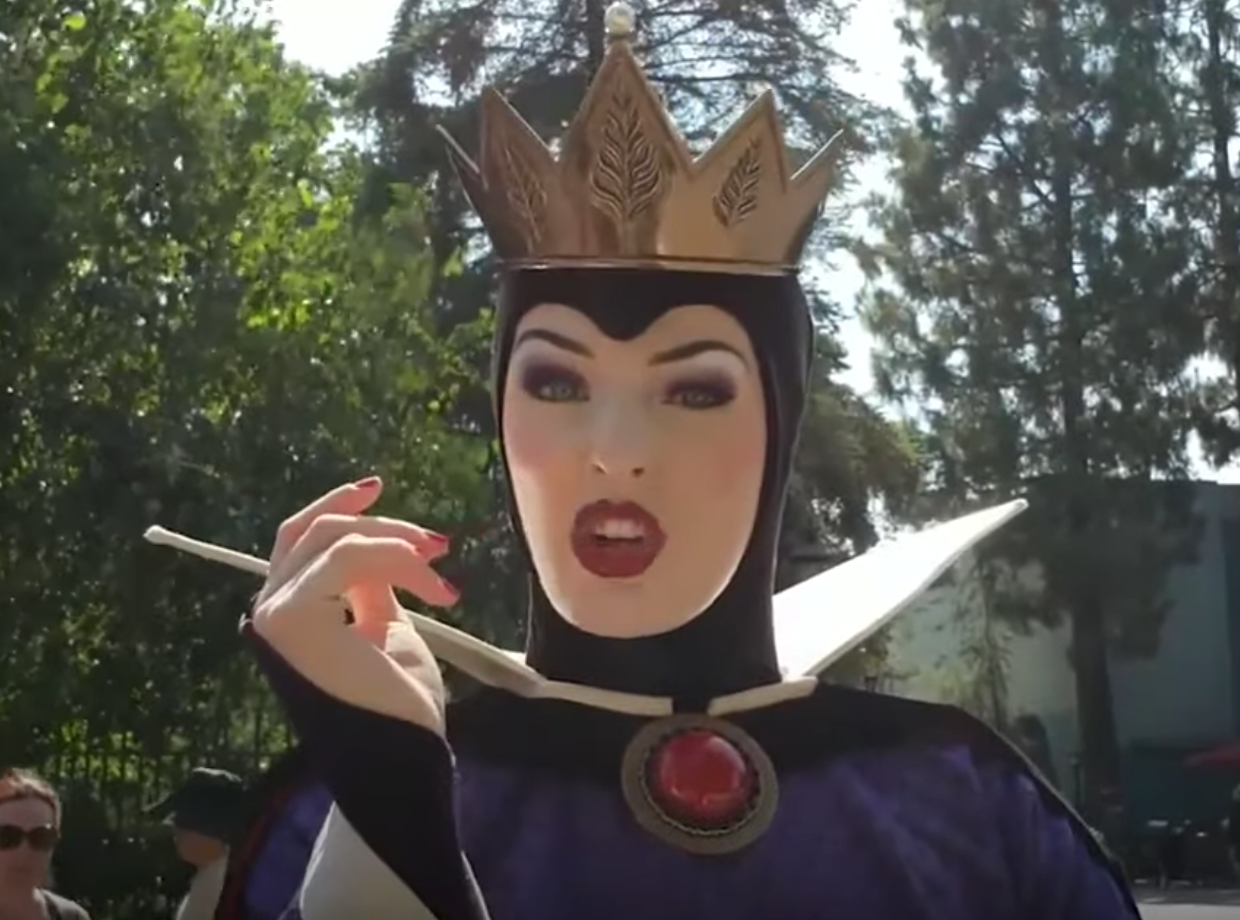 There are actors and then there are people who really get into a role and make it theirs! This Evil Queen at Disneyland is definitely in the latter category. Watch her play around as her big, bad, narcissistic, villainous self with guests of the park.

Here are longer videos of the Queen from Fatima Lakhani, a YouTuber who specializes in "character interactions":

screenshot via GMA Read the rest

In early 2011, Felisa Wolfe-Simon published a scientific paper purporting to show evidence that bacteria from California's Mono Lake could, if pressed, live without the essential element phosphorous, and use arsenic, instead.

The story was wildly misconstrued in the press. (No, nobody ever found alien life happening naturally in Lake Mono.) And the evidence and methodology of Wolfe-Simon's research was roundly trounced, not just in academic journals, but also in blogs.

And that's all left Wolfe-Simon in a very weird position. She's certainly not the first scientist to publish a high-profile paper that other researchers tore to shreds. But, because the "arsenic life" story was so high-profile, she's now worried her career might be over. Is that fair? In Popular Science, Tom Clynes presents a nuanced profile of Felisa Wolfe-Simon that doesn't really answer that question definitively. Frankly, there probably isn't a really clear black/white answer out there. But Clynes does do a really good job of introducing us to Wolfe-Simon as a person, and her story exposes flaws in the peer-review process and the traditional avenues of scientific debate, indicts the media and PR professionals for creating the very sensational story that led to such a harsh response, and shows what can happen when a scientist is unprepared to deal with the public presentation of their own work.

In other words, this story is about lots of people making mistakes, including, but not limited to, Felisa Wolfe-Simon.

In June, Science reported that Wolfe-Simon had left Oremland’s USGS laboratory to look for a location with better molecular and genetic research facilities.