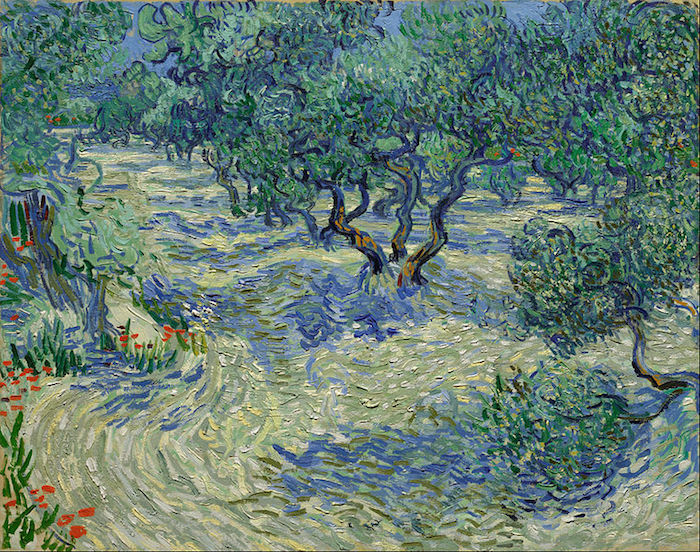 But paleo-entomologist Michael Engel of the University of Kansas reported there was no sign of movement in the surrounding paint, indicating the grasshopper was dead when it fell onto the canvas. The Nelson left the painting intact without removing the insect. Casual visitors looking at “Olive Trees” in the museum’s Bloch Galleries will not notice the grasshopper. 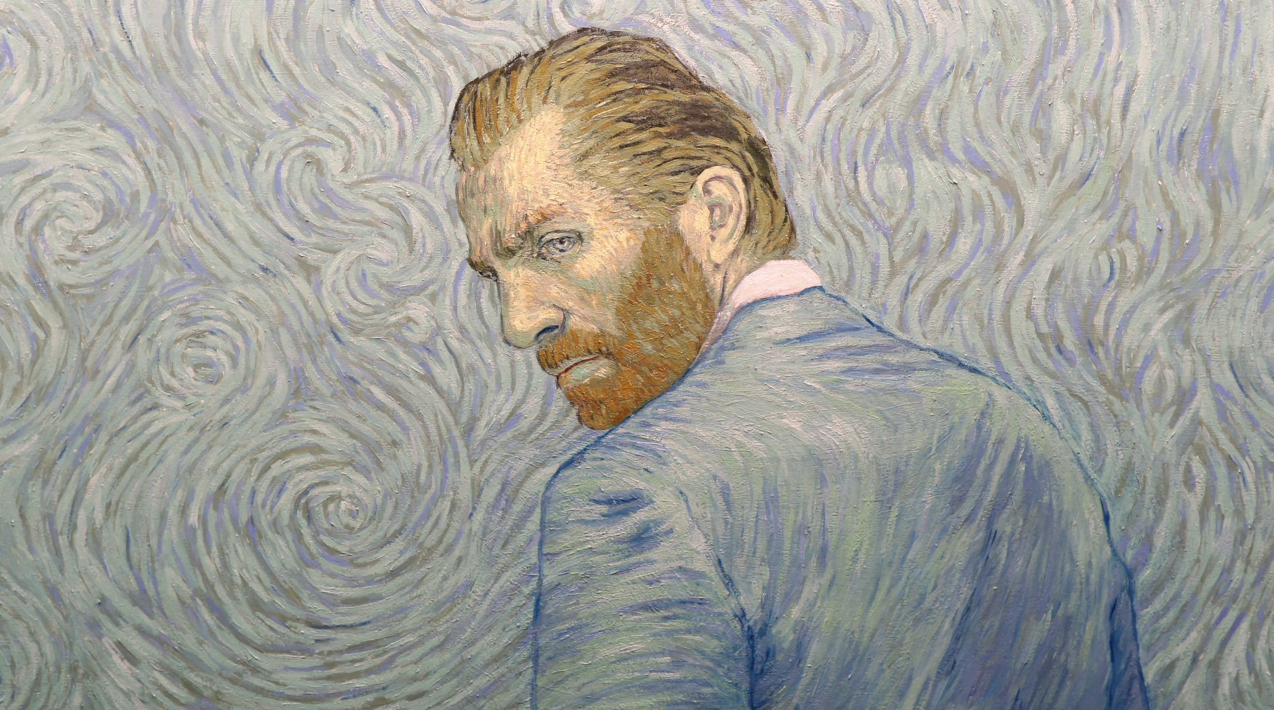 The painter Vincent Van Gogh continues to fascinate, his popularity seeming to grow every year. His creativity came at the price of much misery and madness, and led to his eventual suicide at age 37 in 1890. He had produced approximately 900 paintings but sold only one during his life—and that was to his brother. It has been speculated that he suffered from bi-polar disorder, or possibly a type of epilepsy, and was able to work between episodes of delusion.

These few words do an injustice to someone who suffered so greatly while producing art in a new and unique style that has sold for as high as $82 million for a single painting.

Several years ago work began on a motion picture titled Loving Vincent, which uses paintings done in the style of Van Gogh to create its visuals.

The film’s website has an entirely different trailer, which allows us to see the characters speak.

And because you should be wondering how a film in which Van Gogh’s paintings come to life to narrate his own story was made, there is a video on that very subject.

One could write at length about all of this, but the videos convey more than words.

Something interesting, to me at any rate, is the music used during the making-of video: part of it comes from the soundtrack from the science fiction film Moon.

Directed by Duncan Jones (son of David Bowie) and released in 2009, it is a painful meditation on what it means to be human. Read the rest