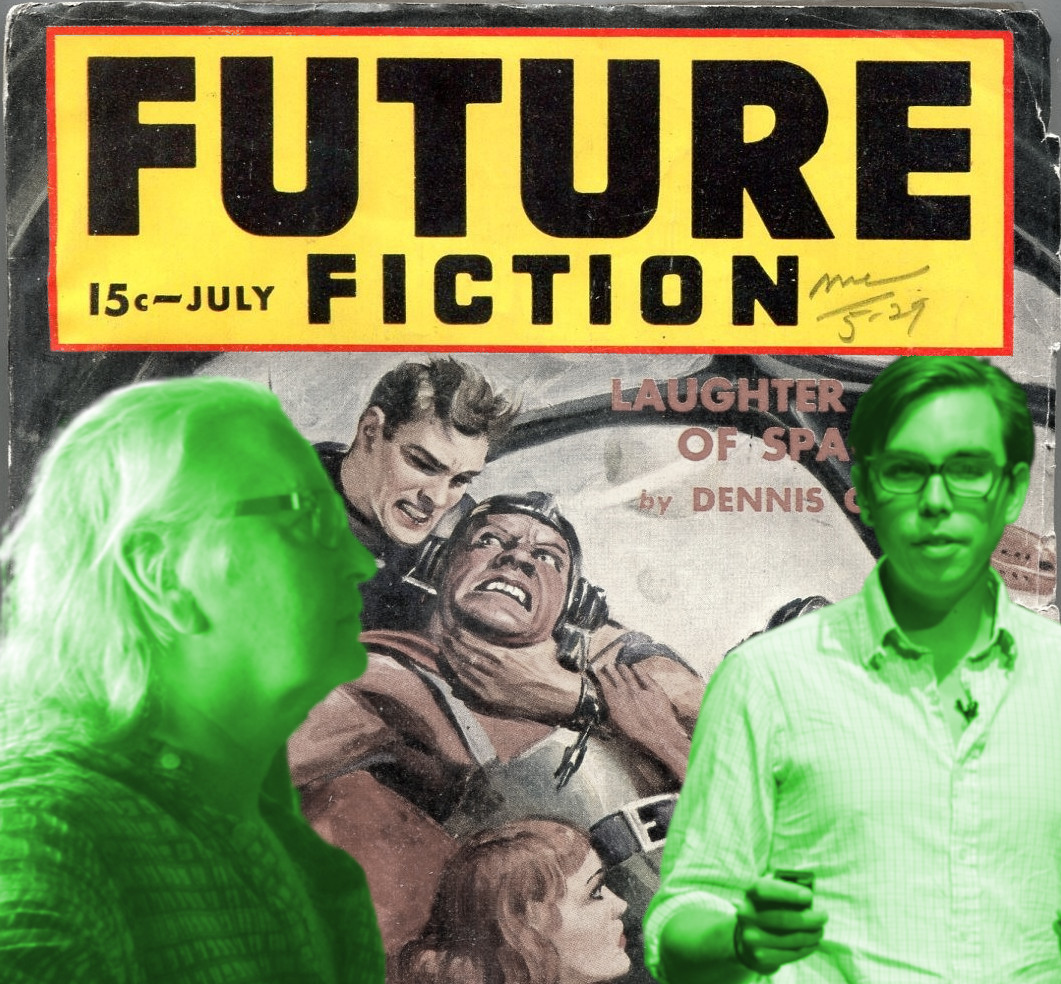 As you might expect from such an august panel, they're off to quite a start. Sterling has continued his tradition of declaring different countries to epitomize the year: this year, it's Ukraine, in "the EU-Russia shatterbelt where the elderly village grannies, the last ones too poor to flee, are harvesting their turnips while getting randomly pounded by mortar fire" ... it's "typical of our times. It's the patient zero for the actual trouble. The prospects for real peace there are very slim. The prospects of that kind of offshored Violence Lite appearing elsewhere, those are high."

Bridle, meanwhile, thinks the boasts of an upcoming "dark enlightenment" (or any other kind of enlightenment) are overblown, briefing instead for an upcoming entanglement: "weird, niche communities - antisocial media, distributed and federated services, truly decentralised ones as well as real urban anarchists - and they feel like different places to talk about power and agency, and formulate strategy."

I do have one self-set task for the SoTW this year. What is the forthcoming shape of the 2020s> Moore's Law is dead, there's no Singularity, the fix is in tech oligarchs of (take a breath) Google Apple Facebook Amazon Microsoft Baidu Alibaba Tencent Netflix Samsung. They're in charge, but they're sitting on heaps of cash with nothing much to do with it.

So what does post-disruption, post-Moore's Law, tech-industry consolidation look and feel like? What kind of world is that, what matters to people who live then? What happens when there's no Next Big Thing, and you live in a New-Dark Hot-Peace? What do people do with their time, their ambitions -- just tremble at the Greenhouse thunderstorms? They're bound to be up to something.