The guy who played Barney for a decade speaks 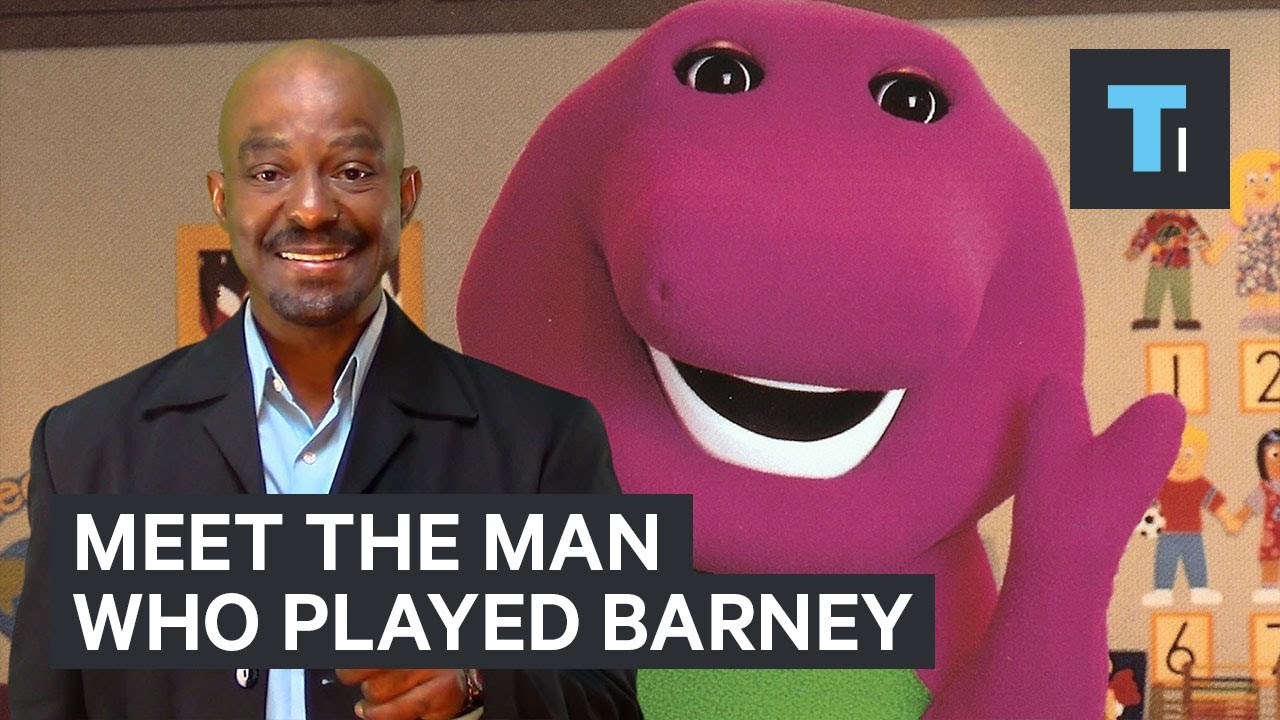 From 1991 to 2001, former software analyst David Joyner played the Barney on children's TV show, Barney & Friends. In this interview, he shares how he got the job and what it was like to be man inside the 70 lb. purple dinosaur costume for 10 years.

Sweaty, for one. Zen-like, for two:

Being Barney was never an accident. I was supposed to do this character...

Now Barney is about 70 pounds, and it can get over 120 degrees inside. So inside you're sweating profusely. It's a t-rex, so you're basically just up to your elbows in being able to move. And then also, Barney's feet were huge. Now I did have some sneakers inside that were glued to the bottom of the feet.

The head doesn't come off. The head doesn't swivel. There's no facial expressions that can be made. I can only see a certain amount, because of the peripheral of Barney's mouth. And when Barney's mouth is closed, I can't see anything. So what I would literally do is I would walk around my apartment as if I was blind. I would close my eyes, and I would try to feel energy. And try to feel the energy of anything that was around me. And then try to pick things up.

Sometimes, when they took a break, I put a fan in the mouth, I'd sit down on an Apple box, and I'd put my hand on my knees, and I would just close my eyes.