Teaser for documentary about the "real-life Robinson Crusoe boys" 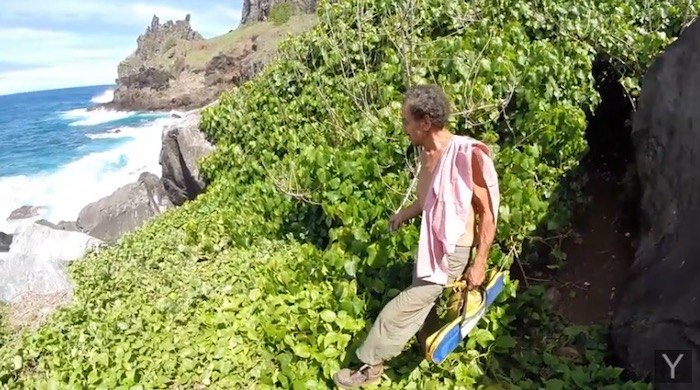 Spanish explorer Alvaro Cerezo emailed me about the recent Guardian story titled "The real Lord of the Flies: what happened when six boys were shipwrecked for 15 months."

It was the most read article last weekend in The Guardian. But I actually got the document on video.

It's the real Lord of the Flies returning to his island where he was stranded for 15 months when he was a kid.

Kolo Fekitoa, one of the six castaways alive, had terminal cancer and a dying wish to survive again on his beloved island of Ata where he was shipwrecked with his five friends when he was a boy in 1965.

In 2015 I made the 24-hour boat journey to bring Kolo to his Island, and to maroon ourselves for 10 days with only limited food, water, and supplies – surviving in the same way Kolo did decades before.

Kolo finally passed away two years later in 2017. He was one of the last real castaways alive, and Ata is one of the only few real desert islands remaining on the planet.

Cerezo is launching a documentary about the Tongan castaways this summer.