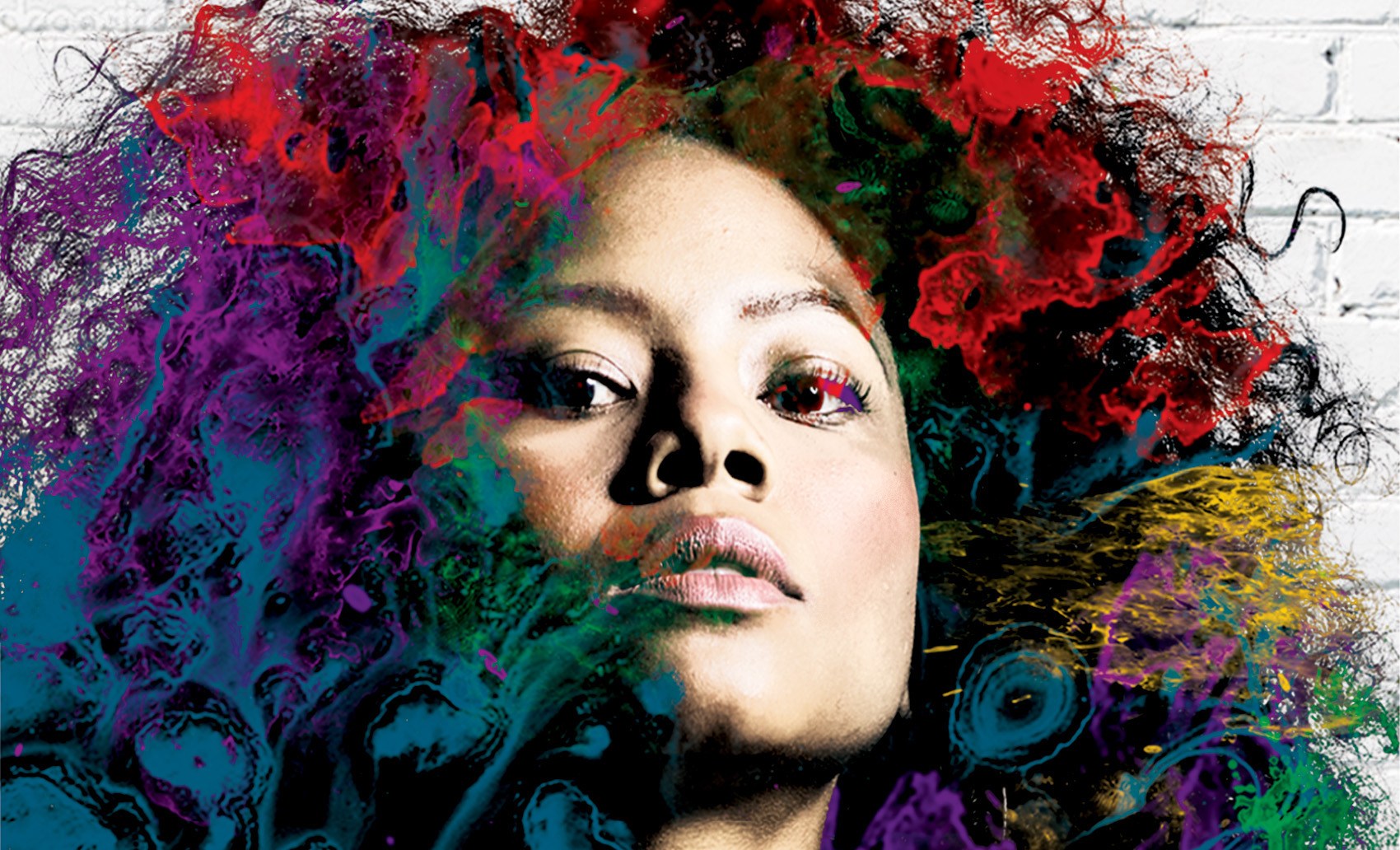 For more than a decade, science fiction and fantasy writers have handed around Nisi Shawl and Cynthia Ward's Writing the Other, an intensely practical and thoughtful guide to inclusive, representative writing that includes people of genders, ethnicities, races, and orientations other than the writer's.

danah boyd responds to A Teenager’s View on Social Media (written by an actual teen), pointing out that what white, affluent boys do with social media is not a full account of "how teens use the Internet. Read the rest

America's legacy of post-slavery racism and the case for reparations

Ta-Nehisi Coates's The Case for Reparations is an important, compelling history of the post-slavery debate over reparations, running alongside the post-slavery history of US governmental and private-sector violence and theft from the descendants of slaves in America. Coates's thesis -- compellingly argued -- is that any "achievement gap" or "wealth gap" in American blacks is best understood as an artifact of centuries of racial violence and criminal misappropriations of black people, particularly visited upon any black person who expressed ambition or attained any measure of economic success.

As Coates demonstrates, a series of deliberate government policies, continuing to this day, ensured that unscrupulous American businesses could raid the savings and loot the accumulated wealth of black people. From the millions who were terrorized into indentured servitude in the south to the millions who were victimized by redlining and had every penny they could earn stolen by real-estate scammers in the north, the case for reparations is not about merely making good on the centuries-old evil of slavery. It's about the criminal physical and economic violence against black people in living memory and continuing to today.

This is a long and important read, and the "reporter's notebook" sidebars cast further light on the subject from unexpected angles. Coates makes a compelling case that the racist violence against black people in America is of a different character than other class war and other racist oppression, and deserves unique consideration. Read the rest

Actually, most college students aren't hooking up as much as you think

Really interesting little bit of social science at Slate where Lisa Wade looks at the "OMG COLLEGE STUDENTS ARE JUST INDISCRIMINATELY BANGING EACH OTHER WHILE DRUNK ALL THE TIME" scare story, and finds a very different picture of what's happening in reality. The catch: In order to understand why both the pop narrative and the reality can co-exist, you have to break college students down by demographics. Some students really are engaging in what's come to be called "hook-up culture", but they tend to be the most privileged students — the ones whose wealth, race, and social status can better protect them from the consequences of mistakes, and who think about their college life (and future goals) in very different ways compared to less-privileged peers. Read the rest

Martin Douglas's "The Only Black Guy at the Indie Rock Show" is a fascinating longread about race, culture and class, partly a memoir of Douglas's life as a young black kid in a North Carolina housing project who loved indie rock; partly a critique of the way we think about what blackness, whiteness and culture are.

The black kids of my generation and the ones before it were raised with the notion that it’s essential to hold onto one’s “blackness,” and that venturing outside of those boundaries meant you were trying to assimilate to white society, to “be more like one of them.” But essentially every African-American child growing up has an intimate knowledge of some version of the black experience, and the way we dress or the music we listen to still won’t hide the color of our skin. I never saw my interest in alternative culture as a way to obfuscate my racial identity. Aside from the annoyance of being typecast as a fan of a band purely based on superficial concerns, that conversation overlooked the one substantial reason why there are a lot of black people who relate to TV on the Radio’s music: They are a band primarily consisting of African-American men who often explore what it means to be African-American. For a generation of alternative music fans made to believe we were betraying “what it means” to be black, a band had finally come along that made that very idea a theme in its music.

But as TV on the Radio started to grow in notoriety, it still created a schism in my initial attraction to rock music; here was a band that was, for all intents and purposes, “socially acceptable” for black people to like.

The Marshmallow Test is sometimes used to suggest that people are poor because they have low self-control.

If you've paid much attention to policy in general, you won't be too surprised by what I'm about to tell you about energy policy. Many of our well-meaning public programs use tax dollars for the near-exclusive benefit of the wealthy—the group of people who need those shared funds the least.

Today I spoke at "What Will Turn Us On in 2030?", a conference about the short-term future of energy in the United States. At the conference, I met Lisa Margonelli, director of the Energy Policy Initiative at the New America Foundation. Margonelli has spent the last year researching the effects of high gasoline prices on middle class and working class families. (I'll be posting some more about that project later.) Along the way, she noticed some serious problems with the way we're currently trying to change energy systems in the U.S.—problems that actually endanger our ability to make real, long-term change.

The green policies put in place by the Bush and Obama administrations are not only not aimed at the middle class; they’re benefitting the wealthy at precisely the moment that high gas prices have slammed the lower middle class.

Consider the flashiest green support for consumers at the moment: tax credits for the purchase of electric cars and solar panels. Buy an electric car (more than $40,000) or a solar array (more than $20,000) and get a tax credit. But most American families making the median income (about $50,000) spend more per year on their old used cars and fuel ($7,900) than they do on taxes ($6,000).

According to the US Dept of Agriculture, the cost of raising a child in a middle-income family has increased by 40 percent over the past ten years. Every major category of child-rearing expense has seen steep increase: day-care, education, food, gas, medical insurance, and so on. At this rate, childrearing may become a luxury item for America's increasingly wealthy super-rich.

"It takes half of my paycheck to pay for my child care -- you start to feel like, Is this even worth it?" said Anna Aasen, a mother of two from Roseburg, Ore.

In 2010, the cost of putting two children in child care exceeded the median annual rent payments in every single state, according to a recent report by the National Association of Child Care Resource & Referral Agencies, or NACCRRA.

"It defies logic," said Linda Smith, NACCRRA's executive director. As more families are priced out of licensed child care services, the health and safety of those children are put in jeopardy, she said.

For Stephanie Serafini, 38, licensed day care for her two children comprises about 30% of her $39,000 annual income. Serafini pays a particularly high rate for care because her oldest son was diagnosed with Asperger's and ADHD.

It is by far Serafini's largest monthly expense, but also the one with the least flexibility. "Other bills don't get paid," she admitted. "If you don't have day care you don't work."

The rising cost of raising a child

Writing in Slate, Paul Lukas tells a fascinating series of New York stories that he learned when he decided to track down the subjects of a packet of 1920s report cards from the Manhattan Trade School for Girls he'd rescued from the trash. The school was a revolutionary experiment in free, public, desegregated education for the girl-children of poor immigrant families, and included a job-placement scheme that tracked the graduates for years after they left school. Lukas tracked down several of the families of these graduates and learned how the school affected their lives, in a long feature that is both inherently fascinating and very well-told.

I have 395 student records, all from a now-defunct vocational institution originally called the Manhattan Trade School for Girls and later known by several other names (Manhattan Industrial High School, the Manhattan High School for Women's Garment Trades, and Mabel Dean Bacon Vocational School). For the purposes of simplicity, I will refer to it by its original name throughout this series of articles. Click here for a detailed description of the cards as physical objects.

Girls attended Manhattan Trade in lieu of high school, usually beginning when they were 14 or 15, and were expected to finish by the time they turned 17. The school was founded in 1902 by a group of wealthy progressives and offered one- and two-year programs in a variety of disciplines, primarily in the "needle trades" (dressmaking, sewing machine operation, millinery) and, to a lesser extent, the "brush and glue trades" (sample catalog mounting, novelty box making, lampshade making).