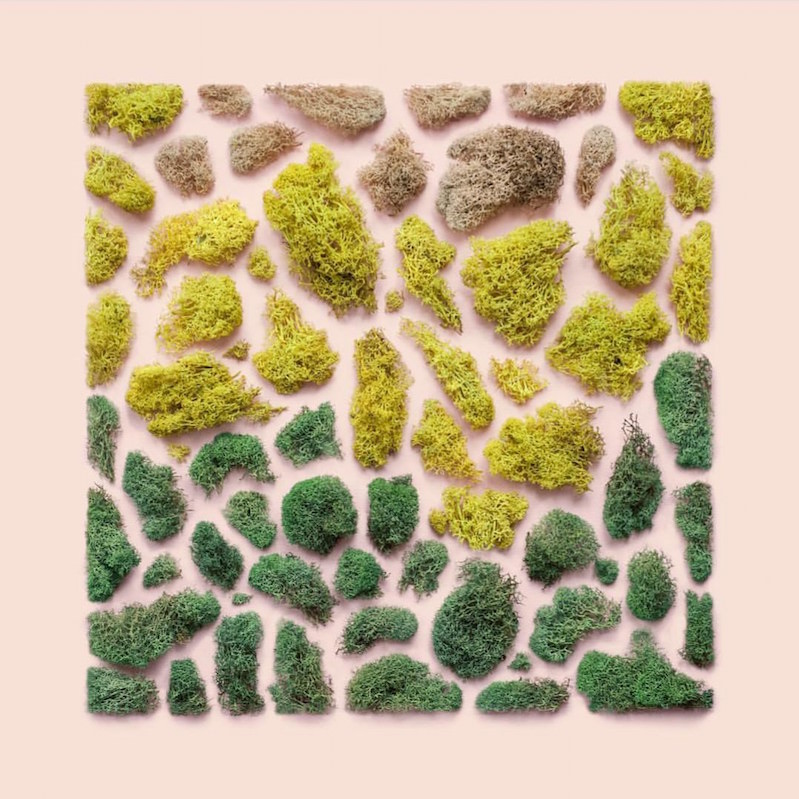 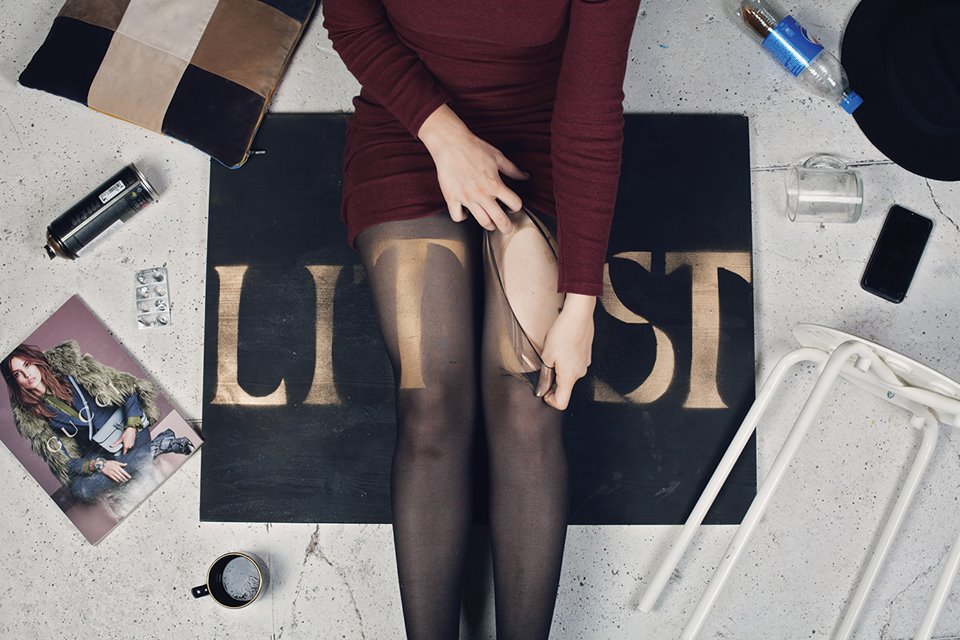 Denimu (aka Ian Berry) is a collage artist whose medium is discarded denim clothing. This portrait of Debbie Harry shows the painterly feel of the strips of cloth. Read the rest 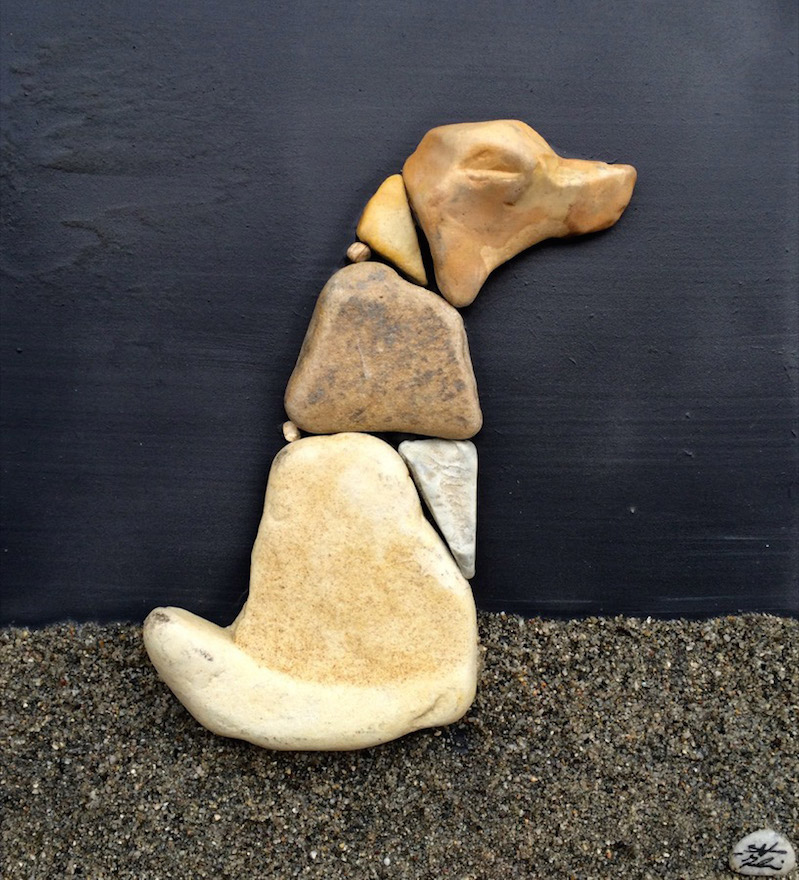 Stefano Furlani lives near the beach, and as a father-son project he started collecting rocks for collages. The results are pretty neat! Read the rest 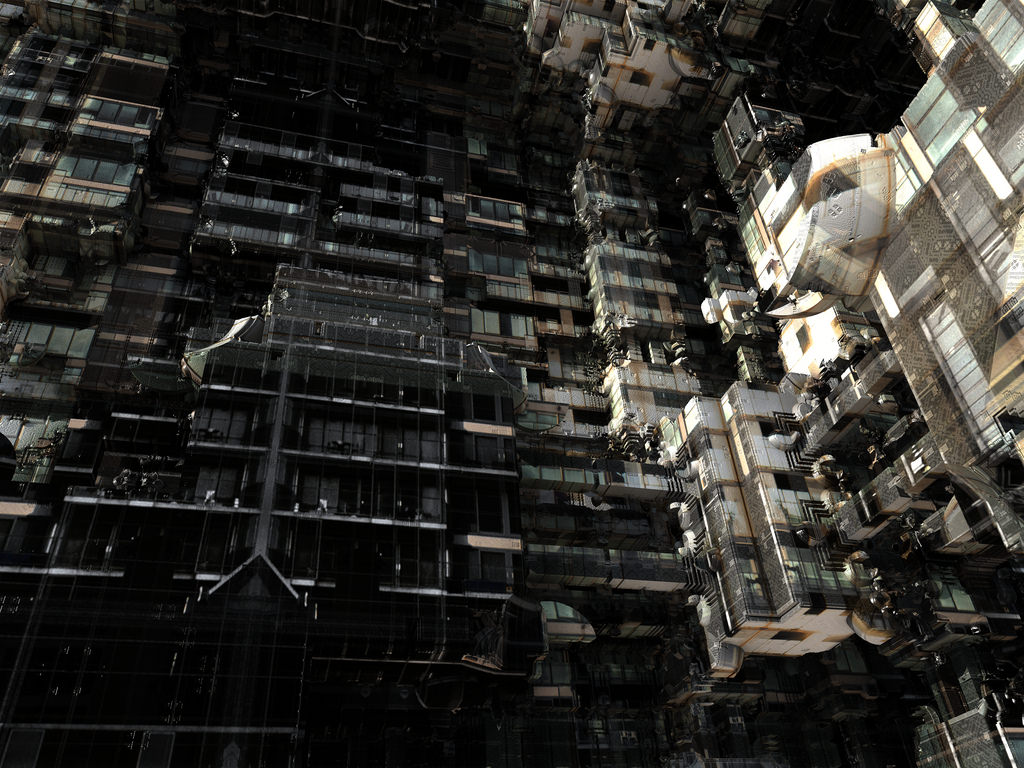 London's Daniel Brown created a generative design system that designs beautiful, brutalist cityscapes that are part Blade Runner Hong Kong, part Inception; he then manually sorts through the results, picks the best, and publishes them in a series called "Travelling by Numbers." Read the rest 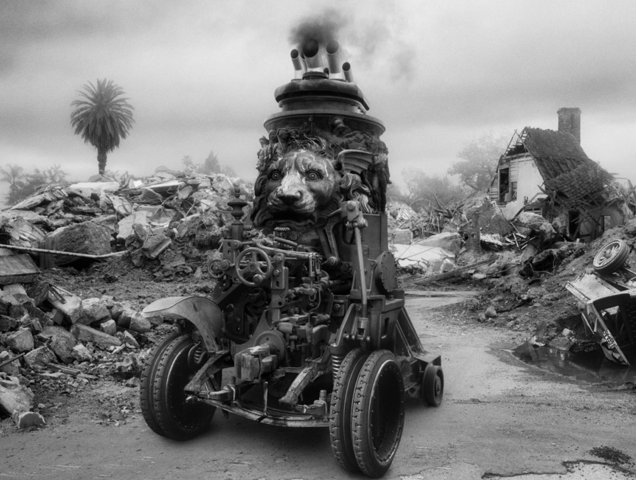 CGI artist Jim Kazanjian's work is both surreal and hyper-real, looking for all the world like photos of true, improbable things. Read the rest 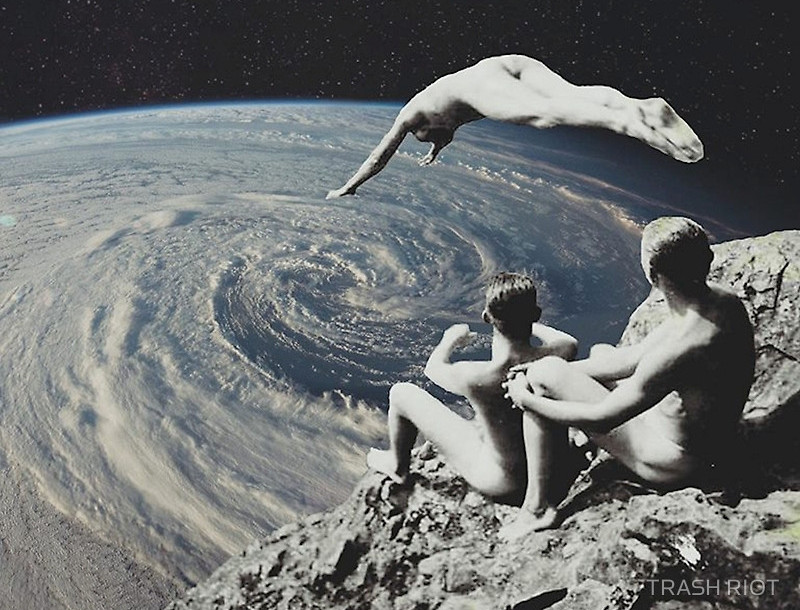 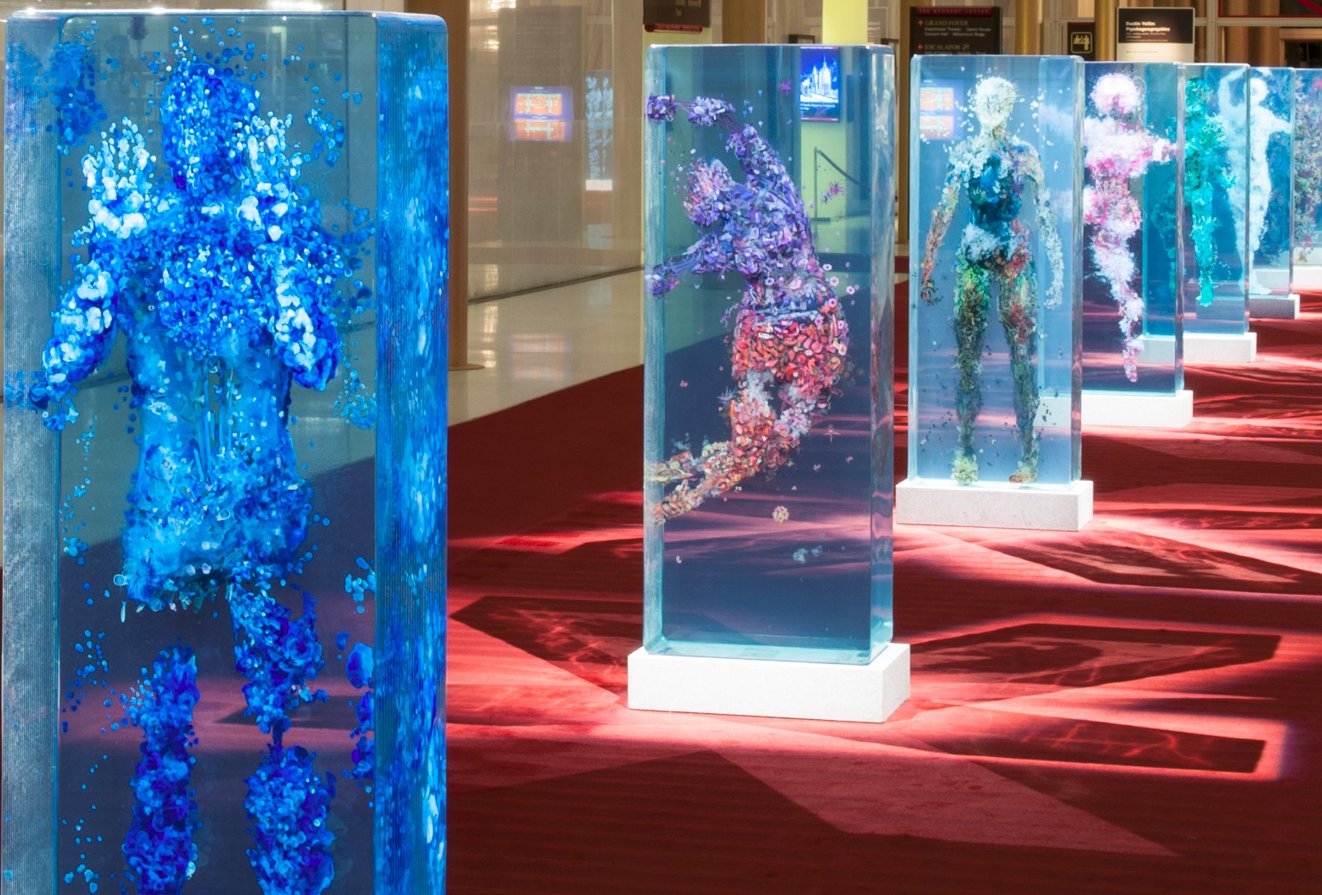 Visually updating Hieronymus Bosch with delicious recherche cutouts, the Croatian visual artist and illustrator Sanda Anderlon constructed an incredibly detailed 40" image (only a small detail of which is shown here). Another recent piece depicts a beach scene (detail below):

View the entire debauched panoramas on her site, or pick up Anderlon's prints on Etsy.

Via Creative Boom. Read the rest

James Gill writes, "Cognitive Bias Parade is a site that takes a daily look at deviations in judgement and reconstructed realities. It is an illustrated review of the many ways the brain has evolved to lie to itself. It is not simply meant to scold. The spirit of the project was captured once in a quote by the magician Jerry Andrus: 'I can fool you because you're a human. You have a wonderful human mind that works no different from my human mind. Usually when we're fooled, the mind hasn't made a mistake. It's come to the wrong conclusion for the right reason.'

"I've given a Creative Commons Share-Alike status to my work on the site. I ask only that a link-back be given for my website as credit."

(Above: Observation selection bias... The effect of suddenly noticing things that were not noticed previously – and as a result wrongly assuming that the frequency has increased.) Read the rest

His other work applies similar techniques to other subjects. Man, I love this stuff. Read the rest

Mark Wagner is an American visual artist who collages US currency to make incredible images; it's not clear to me whether this constitutes an illegal destruction of currency, but if it does, then that law is wrong. Shown here: a detail from The Way of the Dinosaur, 2013. Read the rest

This Friday at Grant's Tomb in San Francisco, "The Beginning of the End: Ronald Reagan's Legacy," a show of new and classic collage art by Winston Smith, Fast, Cheap & Easy Graphics, Ron Donovan, and Jon-Paul Bail. The event is one-night-only, tomorrow (10/5) from 6pm to 11pm at 50-A Bannam Place (tiny alley off Union Street at Grant in North Beach.) Below, two more of Winston's Reagan pieces from those oh-so-fun 1980s. Read the rest