I really love my CSA 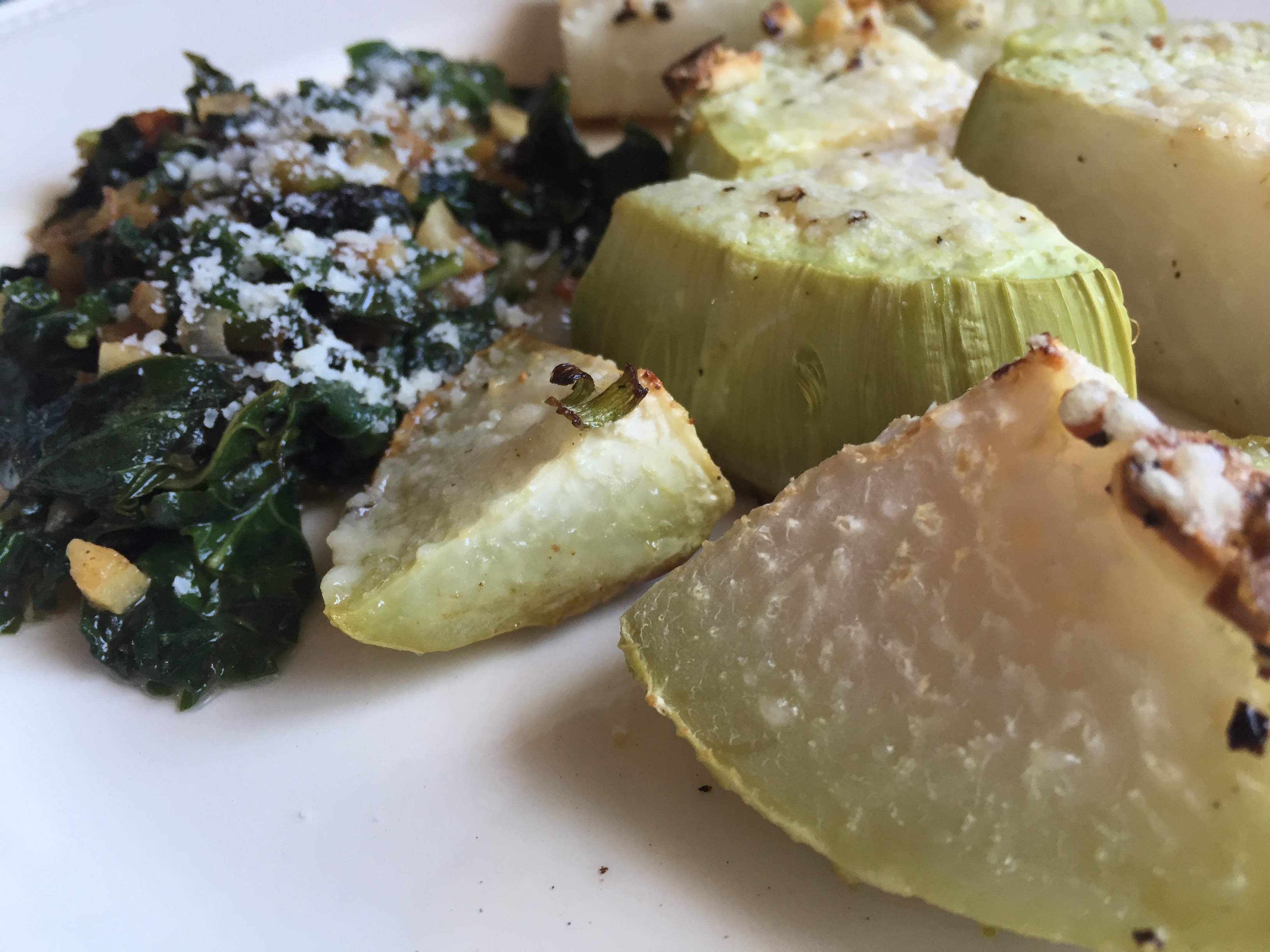 One of the things I enjoy most about living in Muir Beach, California, is the amazing CSA (Community Supported Agriculture) provided to my community by our neighbors at the Green Gulch Zen Center. Their incredible program lands a wide variety of wonderful fruits and veggies in my home, weekly, for half the year.

The CSA doesn't just provide great, healthy food for my daughter and I. It provides a weekly puzzle; how to use the wide variety of things they send? Check out this week's list:

The first Green Gulch Veggie Box of the season will be delivered after 4:15 PM tomorrow!

Click the links above for details on how to make a delicious dinner in under an hour using Kohlrabi and Dandelion :)

Pictured above are the dandelion greens and kohlrabi, pretty much as directed in the recipes linked above, with minor changes for my daughters 9 year old tastes. We made salads last night.

Frequently, I find myself with far too much vegetable matter in my fridge. There is a lot more than 1 and a half full-sized humans can eat. Read the rest

Call your Senator today and stop the Cyber Security Act of 2012: it legalizes spying on your email, chats, photos, social behavior, and location for any purpose

Tiffiny from champion SOPA-fighters Fight for the Future says:

This year, grassroots movements defeated SOPA in the US and ACTA in Europe. We might be able to make another bad-idea bill, CISPA, go down in flames too (or get the privacy protections we've been fighting for). CISPA-- which already passed the House -- would give government access to all your personal data with no restrictions on what they could do with it. The Senate version of CISPA, which is slightly better but could be made much, much worse is going to final vote today.

Or think it's creepy that the government listens in on your cell phone calls, knows your location right now, reads your emails, all without a warrant? A bill going to vote today in Congress would make all of this government spying legal.

Millions of us aren't aware of this bill or don't realize how far they go.

We took some time to try to capture exactly what's so dangerous and disturbing about having secrets at all.

This year, grassroots movements defeated SOPA in the US and ACTA in Europe. We might be able to make another bad-idea bill go down in flames too (or get the privacy protections we've been fighting for).

This could be the year for internet freedom and the open internet to prevail above huge amounts of lobbying dollars. And racking up wins on SOPA, CISPA, ACTA -- that'd be unprecedented.