Dan Rather: "Many things about the Age of Trump will make the stomach sicker than bad oysters" 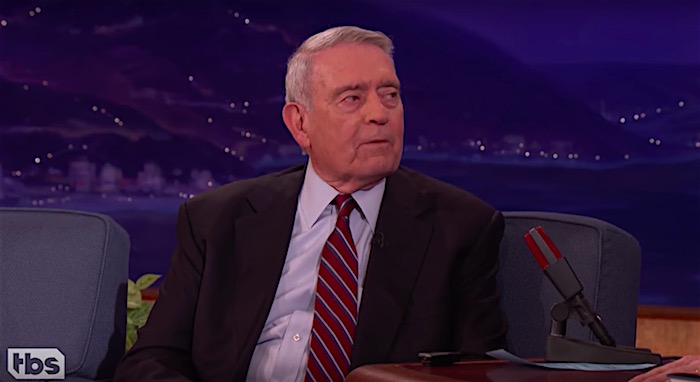 Dan Rather has been in the news business for 70 years (how is that possible?!) and has interviewed every U.S. president since Eisenhower. So maybe he knows what he's talking about when he tells Conan O'Brian that this is a dangerous time, and that the Trump presidency is not normal (although both statements are pretty obvious). My favorite line from this interview: "Many things about the Age of Trump will make the stomach sicker than bad oysters." Read the rest

Dan Rather: The number of press praising Trump's Syria air strikes “as 'presidential' is concerning” 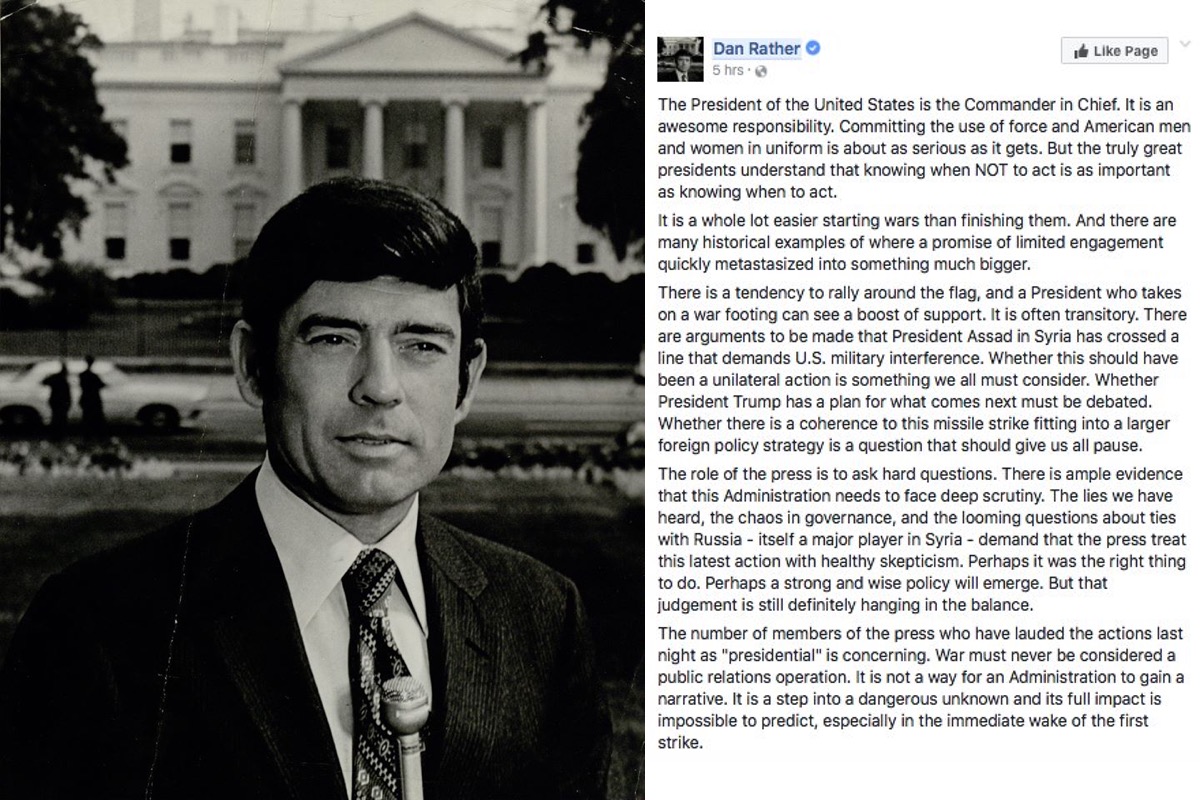 Veteran American journalist Dan Rather says he is “concerned” by how many in the U.S. press are praising Donald Trump's whimsical missile assault last night on Syria as “presidential.”

Dan Rather is not the only one alarmed by this attitude. Read the rest