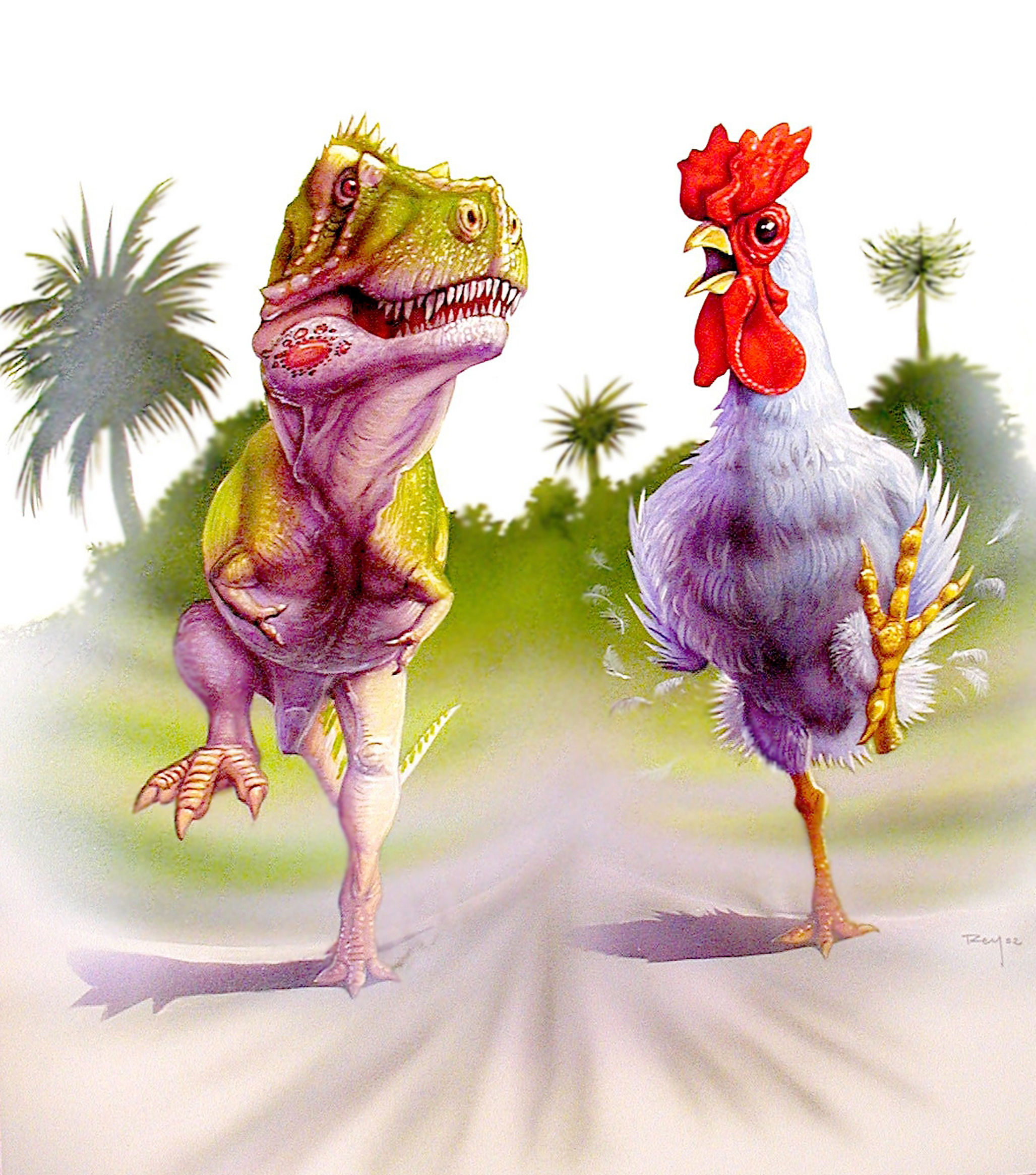 Pack of T-Rex race down the track instead of horses 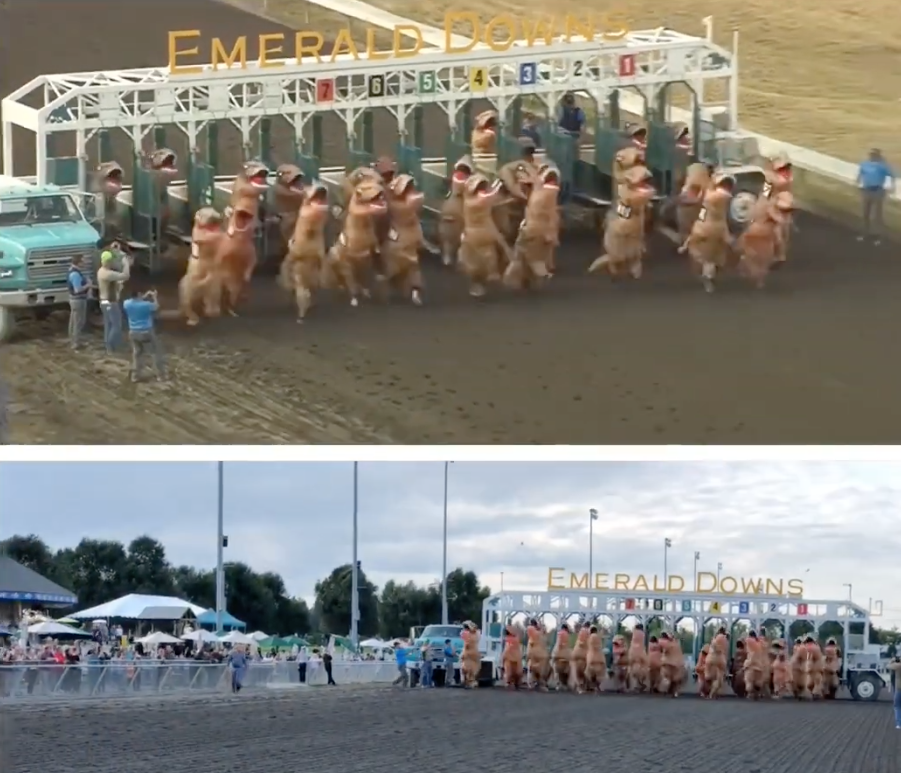 This is quite a sight! At Emerald Downs in Auburn, Washington, a bunch of folks in inflatable T-Rex costumes struggled to make their way down the horse-racing track this past weekend. Triguard Pest Control puts on this annual race, which serves as a terrific promotion of the racetrack. This video was placed on Facebook late Friday night and has already garnered over 195K shares.

Here's a video of the dinos racing back in 2017: Read the rest 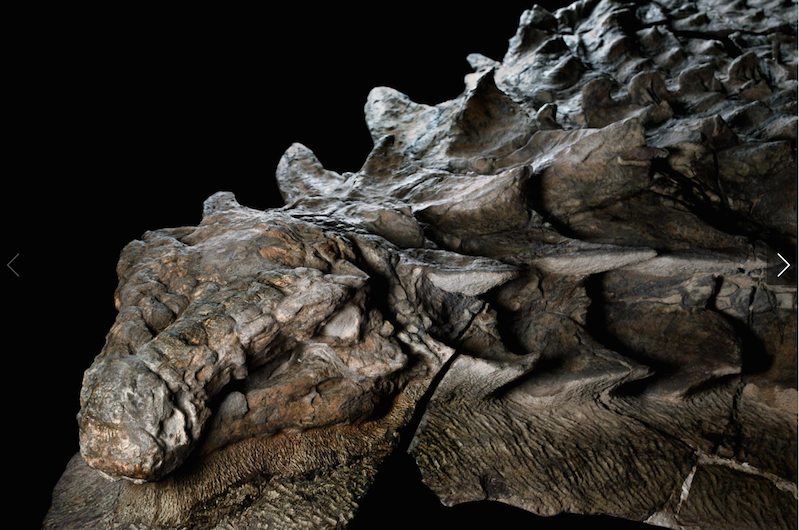 Alberta’s Royal Tyrrell Museum of Palaeontology displays a nodosaur fossil that is so well-preserved that bumps and crevasses on its surface are clearly visible. National Geographic's Robert Clark captured amazing images. Read the rest 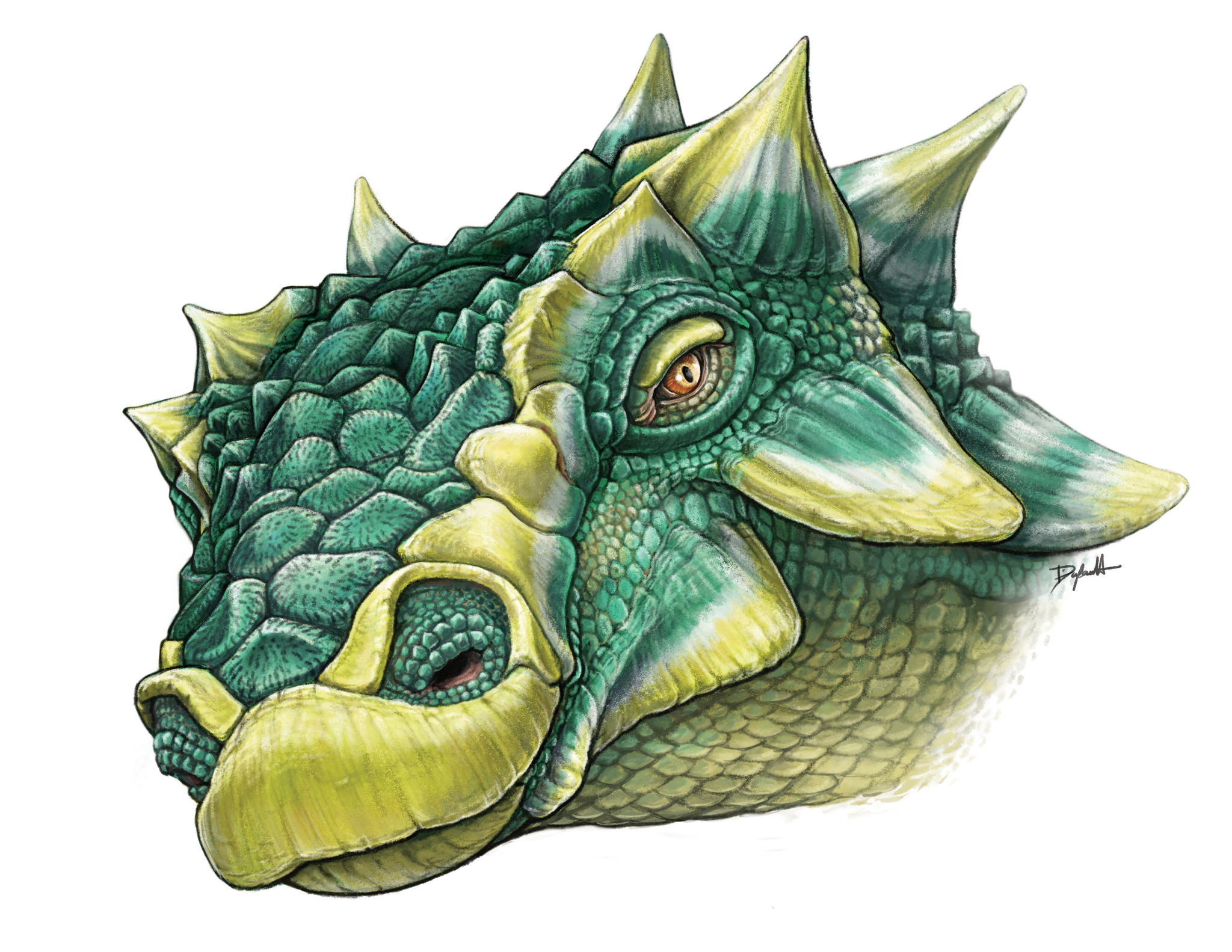 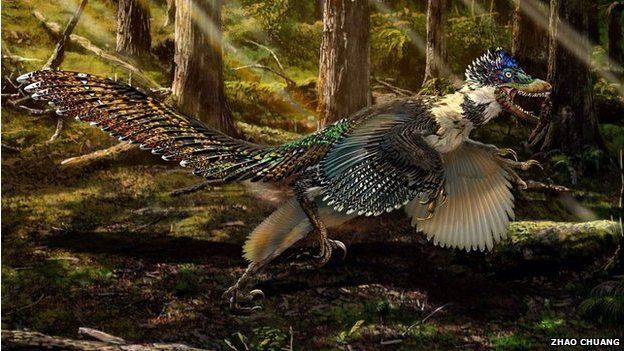 Artist Zhao Chuang rendered this cool illustration of a newly-discovered Zhenyuanlong. It was over six feet long and had copious feathers, as shown in a beautifully preserved Chinese fossil below. Read the rest

It may be the longest coprolite ever found, a truly magnificent turd, virtually a relief casting of a horribly constipated dinosaur's ancient animal's colon.

This truly spectacular specimen is possibly the longest example of coprolite - fossilized dinosaur feces - ever to be offered at auction. It boasts a wonderfully even, pale brown-yellow coloring and terrifically detailed texture to the heavily botryoidal surface across the whole of its immense length. The passer of this remarkable object is unknown, but it is nonetheless a highly evocative specimen of unprecedented size, presented in four sections, each with a heavy black marble custom base, an eye-watering 40 inches in length overall.

Would you trade a house for "personal dinosaur services"?

Suddenly, I'm curious. Back in the days when newspaper classifieds ruled the Earth (and charged by the line), did wacky parodies like this one from Vancouver Craigslist also exist? Or is this sort of humor dependent on the Internet and the existence of a free public billboard?

This offer is not for everyone...

Do you own more than one property? Do you have so many rental homes with no mortgage payments, yet you still feel unfulfilled? Tired of your illegal tenants whining that there are rats in the walls? Have you always wanted your own dinosaur? Now is your chance my friend.

In exchange for one of your properties, I will be your personal dinosaur for one year. I will be at your beck and call, 24 hours a day, wearing a dinosaur costume. The type of dinosaur is negotiable. I can babysit your children (references upon request), scare the mailman, wash dishes, entertain and impress your guests, and much more. (No sex stuff though, sorry.) I will make realistic dinosaur sounds, eat what the particular dinosaur eats and maybe even sit on a fake dinosaur egg, if you are so inclined. I am well educated, fluent in English and French (as well as dinosaur), can play several musical instruments and have no criminal record or outstanding warrants.

All this and more. This is the only way you will ever have your pet dinosaur, and the only way I will ever be able to acquire a house in Vancouver. Serious offers only please.