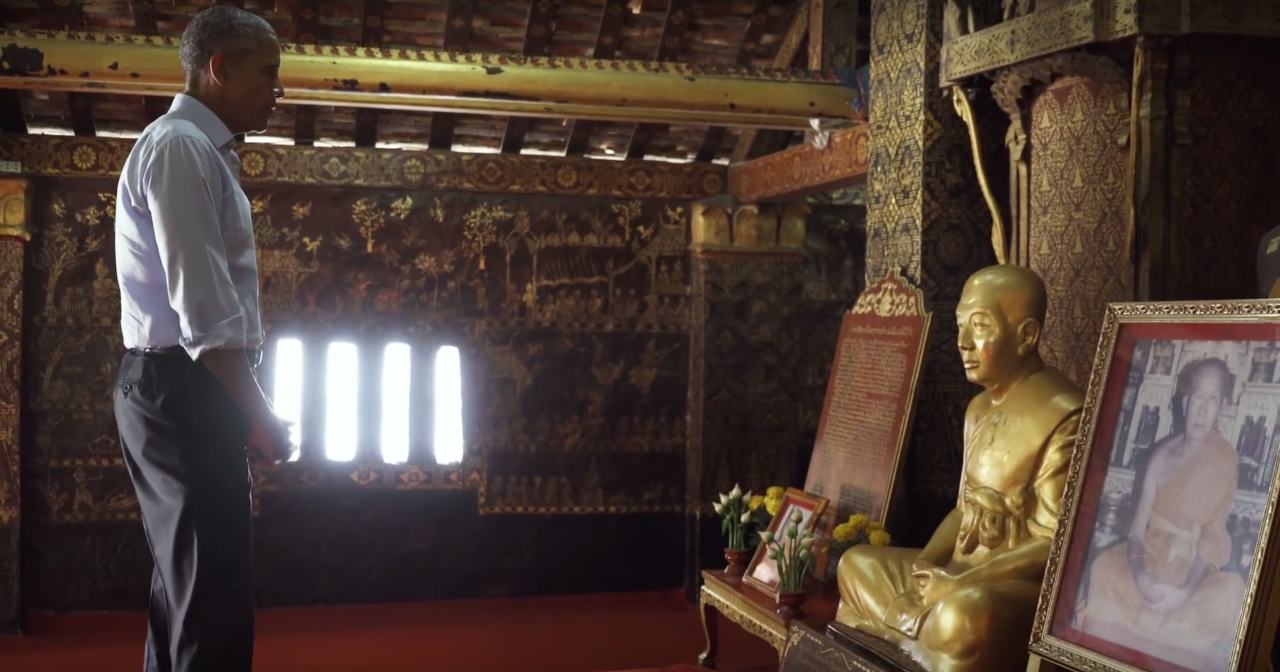 The White House released a video of Barack Obama making history as the first U.S. president to visit Laos. Reflecting on his visit, Obama explains: Read the rest

Not just Germany: the NSA has been spying on France's leaders since at least 1995

A new release of top secret NSA docs by Wikileaks shows the US spy-agency has intercepted the phone conversations of the past three French presidents, the French ambassador to the USA, and others. Read the rest

Snowden leak: How UK spies attacked delegations to the 2009 G20

On the eve of the G8 summit (taking place in a specially prepared Potemkin village in N. Ireland), the Guardian has published another Edward Snowden leak, this one describing how the UK spying agency GCHQ aggressively spied upon delegates to the G20 summit in 2009. According to the documents, UK spies attacked foreign delegates by "reading their email before they do" intercepting their BlackBerry messages and calls in real-time; capturing logins at special Internet cafes so as to spy on delegations after the event; getting NSA reports on attempts to crack Russian PM Dmitry Medvedev's satellite calls; and continuously logging and analyzing who was calling whom.

The report suggests that British delegation was briefed throughout, and that the operation was "sanctioned in principle at a senior level in the government of the then prime minister, Gordon Brown.

A briefing paper dated 20 January 2009 records advice given by GCHQ officials to their director, Sir Iain Lobban, who was planning to meet the then foreign secretary, David Miliband. The officials summarised Brown's aims for the meeting of G20 heads of state due to begin on 2 April, which was attempting to deal with the economic aftermath of the 2008 banking crisis. The briefing paper added: "The GCHQ intent is to ensure that intelligence relevant to HMG's desired outcomes for its presidency of the G20 reaches customers at the right time and in a form which allows them to make full use of it." Two documents explicitly refer to the intelligence product being passed to "ministers".

Bioethicist Peter Singer has a thought-provoking piece on Wikileaks' Cablegate, in which he discusses The Treaty of Versailles, one of the most notable pieces of secret diplomacy. Since the treaty bore substantial responsibility for several of the conditions that led to World War II, Singer says "it has a fair claim to being the most disastrous peace treaty in human history." He brings up points both pro and con:

Openness is in this respect like pacifism: just as we cannot embrace complete disarmament while others stand ready to use their weapons, so Woodrow Wilson's world of open diplomacy is a noble ideal that cannot be fully realized in the world in which we live.

We could, however, try to get closer to that ideal. If governments did not mislead their citizens so often, there would be less need for secrecy, and if leaders knew that they could not rely on keeping the public in the dark about what they are doing, they would have a powerful incentive to behave better.

via @EvgenyMorozov (Image: Detail from William Orpen (1919). The Signing of Peace in the Hall of Mirrors, Versailles, 28th June 1919. via Wikimedia Commons) Read the rest

The TSA is refusing to apologize to India's ambassador to the USA, who was flagged for an extended public grope because she was wearing a sari.

The Clarion-Ledger writes Ambassador Meera Shankar was in Jackson last weekend as a guest of Mississippi State University.

"While in town, Shankar met with Lt. Gov. Phil Bryant, representatives from the Mississippi Development Authority and members of the Indian community in Jackson, and she spoke to more than 100 people at the Executive Lecture Forum of Jackson," the paper writes.

Shankar apparently was selected for enhanced screening, even though she did not set of the airport's metal detectors. Witnesses tell the Clarion-Ledger security agents told Shankar she was singled out because she was wearing a sari, which the paper notes is as "a traditional Indian robe that is draped across the body..."

The Clarion-Ledger writes "witnesses said Shankar asked for a private screening, but she was led to a clear box where two officers searched her in clear view."

"She is a very strong woman, but you could see in her face that she was humiliated," Tan Tsai, a research associate at MSU's International Security Studies center who witnessed the screening, tells the paper. "The Indian culture is very modest."

It all goes to show you: security theater means never having to say "your sari."