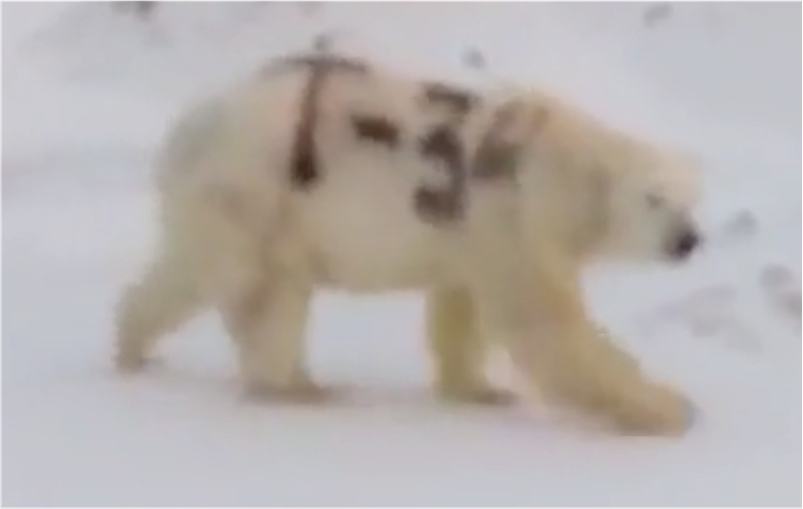 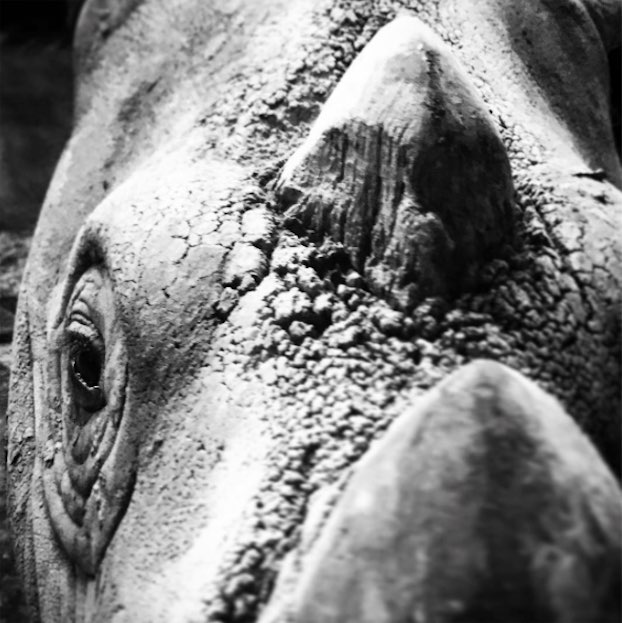 My pal John Curley, the multitalented bassist in the Afghan Whigs and Plastic Ants, took this incredible photo of Harapan the Sumatran rhinoceros at the excellent Cincinnati Zoo. Sadly, Sumatran rhinos are one of the world's most endangered animals with around 100 left on Earth. John says:

Harry is friendly, good-natured and adored by everyone at the zoo. He loves bananas and quiet walks on the beach at sunset (I'm kidding about that last part). Thanks to @mdcurley my amazing wife, for the unique opportunity to see this rare and beautiful creature up close.

This is the Pygmy Three-toed Sloth that lives on a few islands off Panama. Only a few hundred of these beautiful beasties are alive today. Like the Sumatran rhinoceros, Tonkin Snub-nosed Monkey, and Attenborough's Pitcher Plant, the Pygmy Three-toed Sloth is one of the 100 most critically-endangered species, according to a new report from the Zoological Society of London and the International Union for Conservation of Nature. At this week's IUCN World Conservation Congress in Jeju, South Korea, the two organizations published a book and e-book titled "Priceless or Worthless" that profiles these species. "The 100 most threatened species. Are they priceless or worthless?" Read the rest

The most dangerous place to be a park ranger

This photo was taken in the Democratic Republic of the Congo's Virunga National Park, where the Nyamulagira volcano is currently erupting. The man in the photo is named Romeo. No last name given, and I can't help but wonder if that's for the same reason that he carries a rather large gun.

Romeo is a park ranger in Virunga. It's a very dangerous job. Virunga has lost more park rangers than any other protected site on Earth. That's due to several factors. For one thing, men like Romeo are in charge of protecting the Park's gorillas and other endangered wildlife from poachers. For another, political instability leaks into Virunga on a relatively regular basis. Back in January, three rangers and five Congolese soldiers were killed by members of the Democratic Forces for the Liberation of Rwanda (FDLR). Virunga borders Rwanda and members of this militia try to use the park as a hideout. In the process, they clear-cut the forest for charcoal. The January attack was thought to be in retaliation for rangers destroying a couple FDLR camps and cracking down on illegal forest destruction.

In fact, the job is dangerous enough that one of the fundraising campaigns the park is promoting is a program to care for the widows of dead rangers. You can donate online.

Who are the guys that put their lives on the line for a national park and a bunch of great apes? The park website also has some short statements by several of the rangers. Read the rest