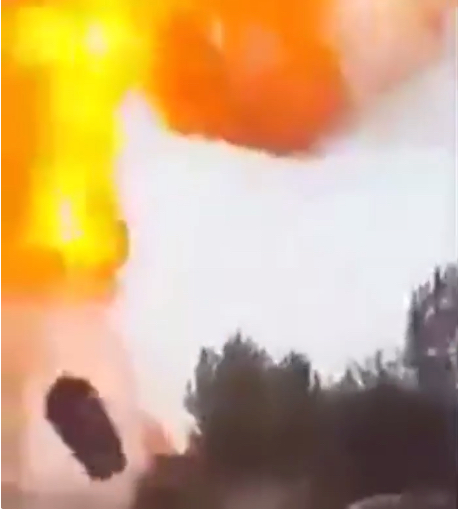 Onlookers were not expecting a massive gas fire to explode, sending a huge metal tank hurtling toward them. One person filming got bits and pieces of the near miss, which prompted talented video stabilizers to take a crack at making the footage more stable. Here's the original as a gif: Read the rest 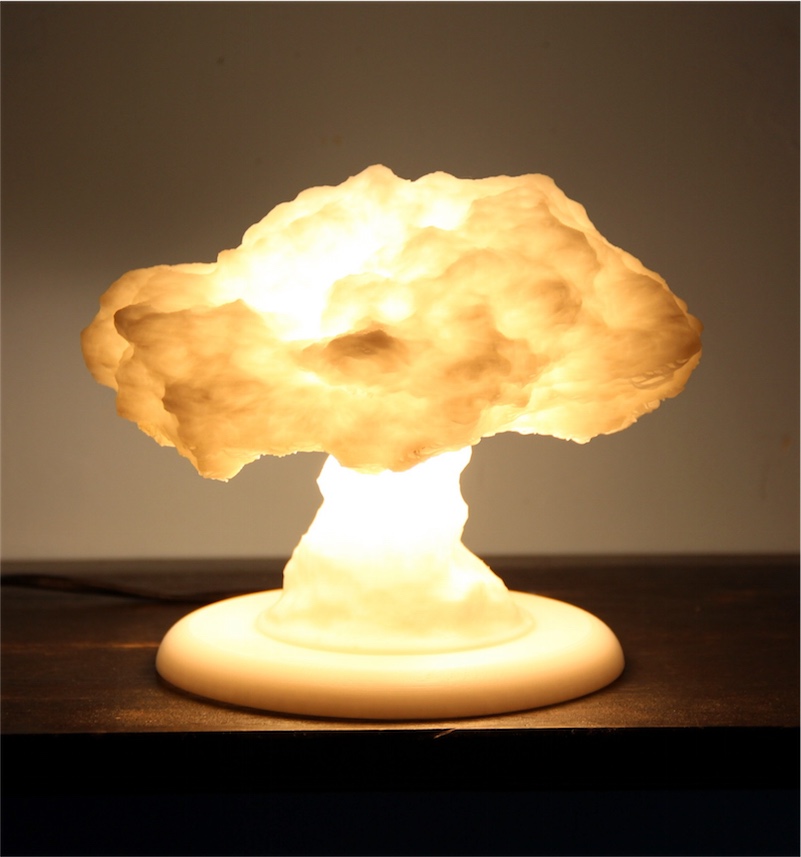 I bet George's birthday wish wasn't that his powdered sugar cake would ignite into a fireball inches from his face.

Detroit's historic Park Avenue Hotel was demolished on July 11, and YouTuber TheGadgetGuy1 caught all the action via drone. Read the rest

How I learned to stop worrying and love explosions

What is more hypnotic than slow-motion fire? Read the rest

Fertilizer can explode*. We all know that. It was a key ingredient in the bomb that destroyed Oklahoma City's Alfred P. Murrah Federal Building in 1995. Last night, a factory full of the stuff went up with enough force that United States Geological Survey seismographs registered it as a magnitude 2.1 earthquake.

Ammonium nitrate is the chemical that makes these dramatic displays possible. But creating an explosion isn't as simple as just having a pile of ammonium nitrate — let alone a pile of fertilizer — sitting around. We've come to think of this as pretty volatile stuff. But, according to chemist Jimmie Oxley, ammonium nitrate is a lot less dangerous than you might guess. Despite a history of high-profile explosions, like the one that happened last night, ammonium nitrate isn't considered to be that big of a danger. In fact, Oxley called it a "marginal explosive" — a chemical that is mostly safe, but can become dangerous when the conditions are just right. Read the rest

A transformer exploded at the Con Edison plant on 14th Street in Lower Manhattan.

Still think that something other than a mere plane crash brought down the World Trade Center towers? According to a Norwegian materials expert, you may be right. Just ... you know ... not in the way most Truthers probably expect.

Christian Simensen thinks the Twin Towers were ultimately felled by a thermite reaction.

"If my theory is correct, tonnes of aluminium ran down through the towers, where the smelt came into contact with a few hundred litres of water," Christian Simensen, a scientist at SINTEF, an independent technology research institute based in Norway, said in a statement released Wednesday.

"From other disasters and experiments carried out by the aluminium industry, we know that reactions of this sort lead to violent explosions."

Given the quantities of the molten metal involved, the blasts would have been powerful enough to blow out an entire section of each building, he said. This, in turn, would lead to the top section of each tower to fall down on the sections below.

The sheer weight of the top floors would be enough to crush the lower part of the building like a house of card, he said.

I honestly don't know how plausible an idea this is. It sounds reasonable to a layperson, but I'm curious what those of you with more engineering expertise think.

The AFP has a write-up about the theory. There's also a more-detailed explanation on the website of SINTEF, the Norwegian research lab where Simensen works. Finally, this appeared in the trade journal Aluminum International Today, and they've got an email address where you can request a copy of the story. Read the rest