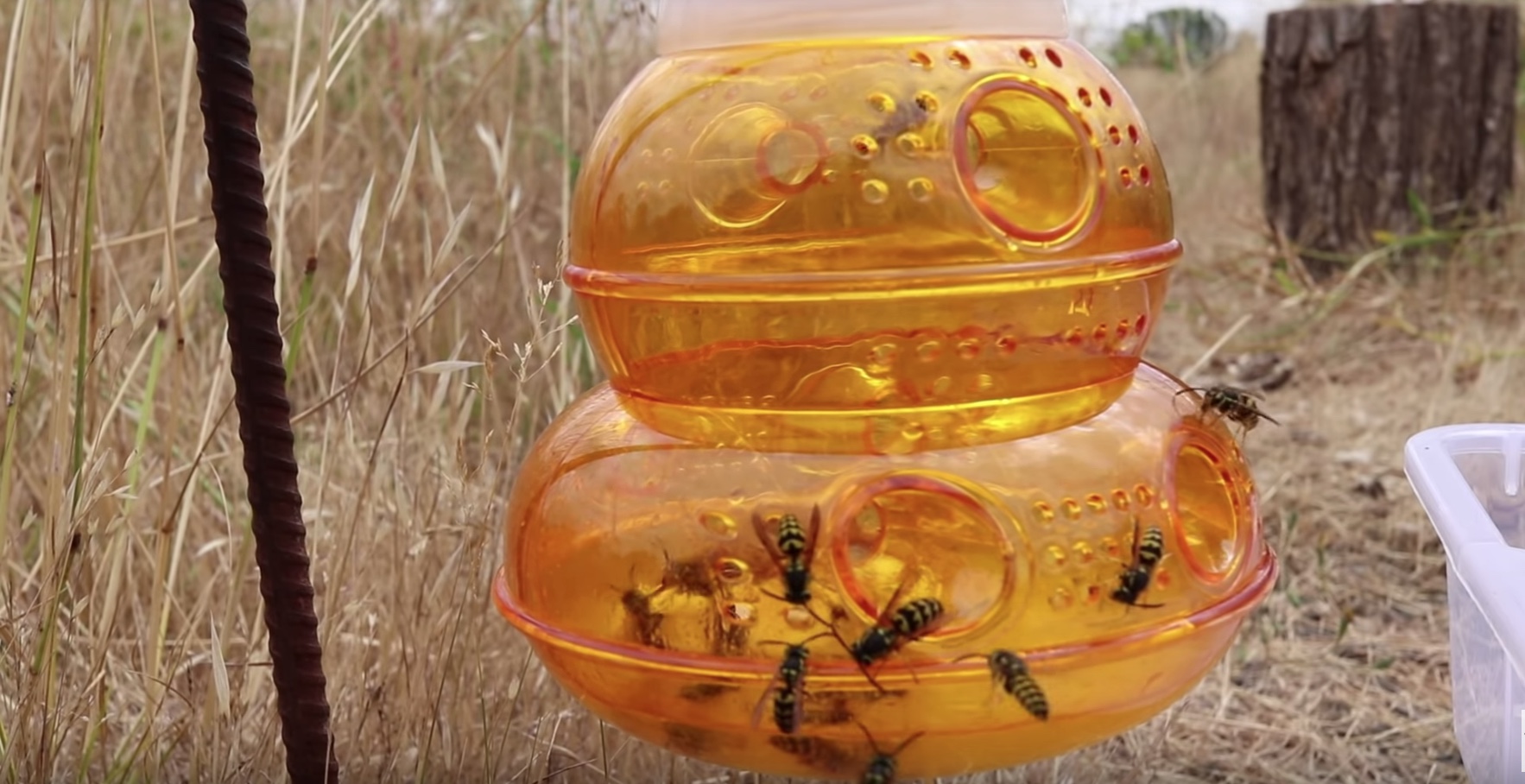 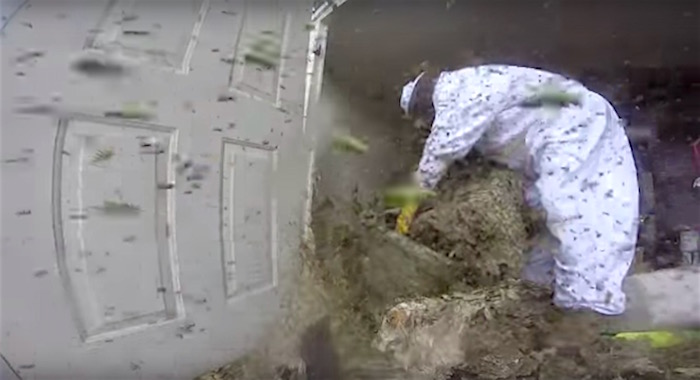 An exterminator had a helluva job with a massive wasp nest in a Louisiana shed. This video shows an edited version of what what it means to be "mad as a hornet" – these critters did not take kindly to the exterminator being in their presence. You can hear the constant pings as they shell his camera, but it didn't deter professional beekeeper Jude Verret, who's been an exterminator for 12 years. He says he's seen wasp nests that were almost this big before but this one "was really huge." The job surprisingly took him only 45 minutes, and he finished without a sting.

Via Science Alert Read the rest

In this elegant ritual horror, giant hornets are everywhere 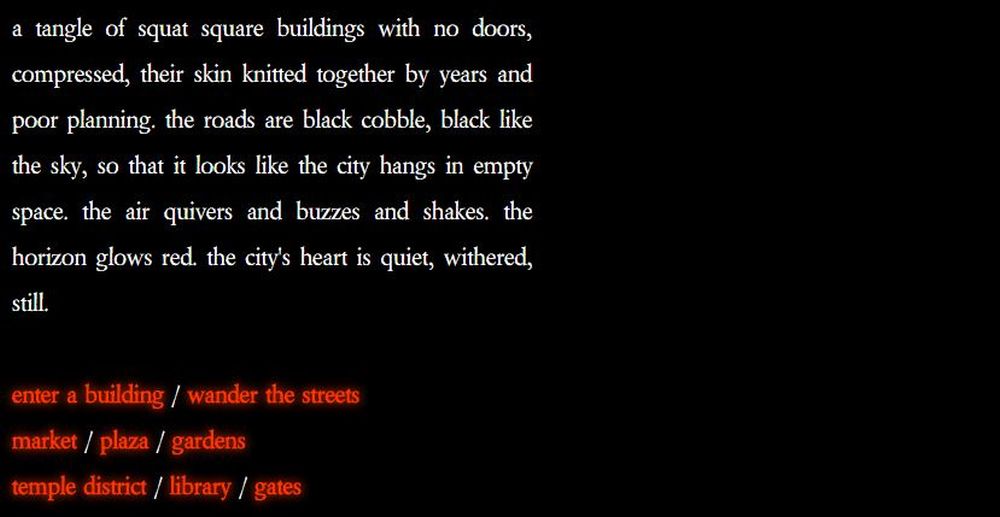 I love Twine games that are able to create a strong sense of place. Despite being text-only, a beautiful typeface and atmospheric, well-selected words go beyond 'choosing your own adventure', to navigating vivid interconnected chambers. Kitty Horrorshow's strange, oddly-lovely Hornets is vivid, all right. Read the rest