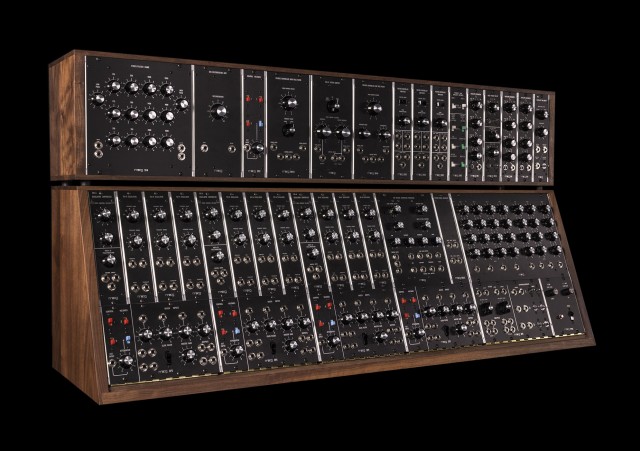 Would you like to play the same instrument Wendy Carlos used for Switched-On Bach? Moog announced it is making a limited run of just 25 of the Synthesizer IIIc and it looks really cool. Read the rest

Listen to a ten hour playlist of killer Moog music 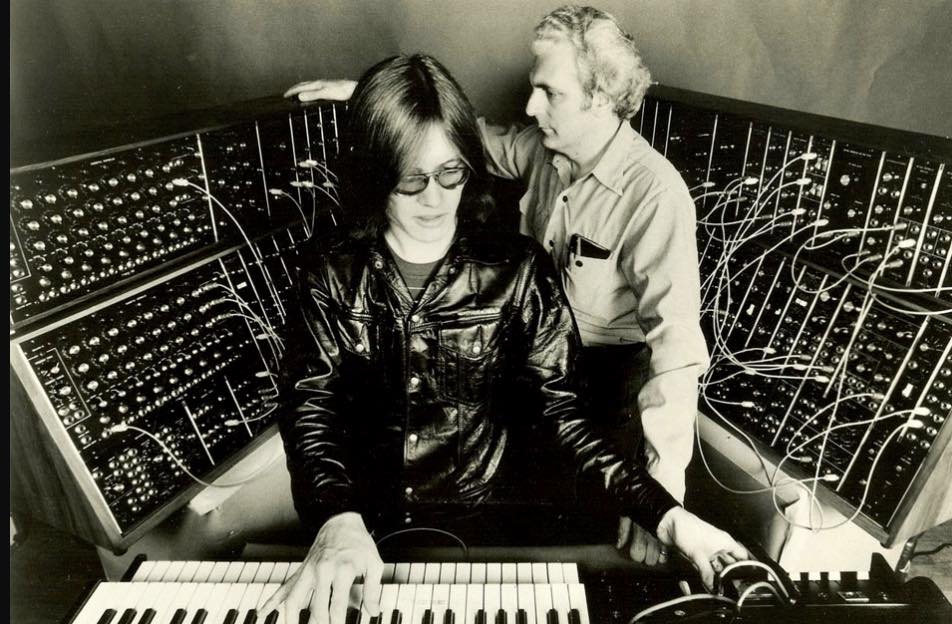 In 1948, Robert Moog, age 14, was inspired by classical Theremin performer Clara Rockmore to build his own Theremin. Then in 1964 Moog designed a brand new kind of electronic instrument, a modular voltage-controlled synthesizer. That instrument and Moog's work since transformed the sound of modern music forever. To hear how, dive into this fantastic 10-hour Moog playlist:

(The Guardian via Open Culture) Read the rest 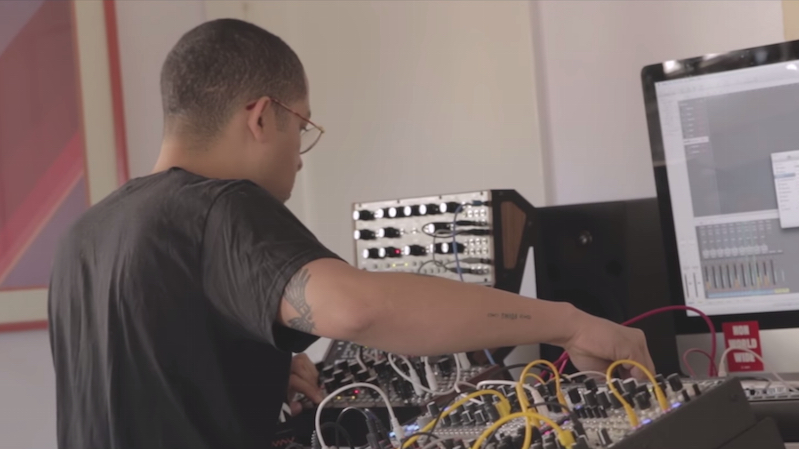 Moog just unveiled a new showcase of artists using their instruments. Sonic Origins starts things off with Russell E.L. Butler of Black Jeans, who thinks of the sounds "as an initiator of dialogue." Read the rest 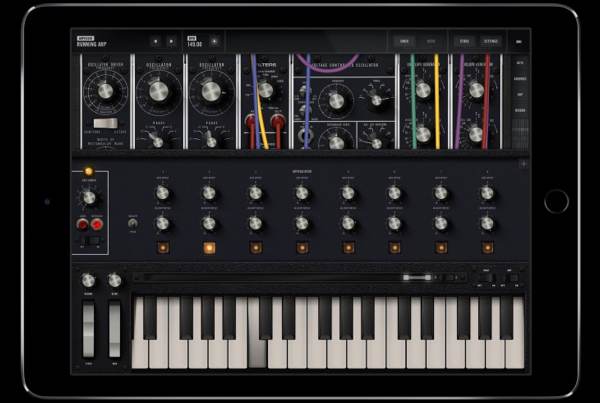 The Moog Model 15 App runs on iPad, iPhone and iPod touch. It's $30 and judging by the track below, it's worth it!

The Moog Model 15 App is an iOS version of the iconic 1970’s instrument. It is designed to evoke the joyous experimentation and sonic bliss of it’s predecessor’s vintage hardware, the Moog Model 15 App meticulously recreates the look, feel, and sound of its highly expressive analog namesake. 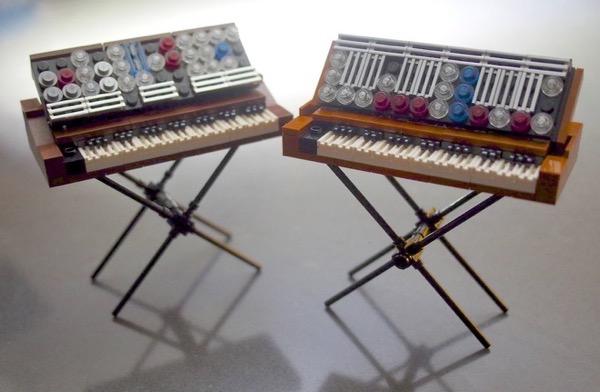 Andy G made these little Minimoog Synthesizers out of Lego bricks, If 10,000 people approve his proposal on Lego Ideas, Lego might create a kit and sell them.

Go retro-analog with these miniaturized versions of the classic Minimoog synthesizer! The Model D (left) and the Voyager Old School (right) are both represented in a small display set that would look great on the shelf of any synth geek, electronics buff, or general music lover.

In 1970, Bob Moog's company revolutionized the synthesizer industry once again by incorporating elements of his monumental Moog Modular in an all-in-one portable package, enabling electronic musicians to easily bring these spectacular sounds onstage. The iconic Model D and its subsequent revisions defined the sound of bass and lead sounds in pop and rock music for decades. In 2002, along with the resurgence of retro synthesis, Moog repackaged the Minimoog into a new model, the Voyager. The Voyager "Old School" is the model depicted here.

The control panels are not intended to be a one-to-one reproduction of the control panels of these instruments, which would be practically impossible at this scale. Instead, I chose to simply suggest the knobs and switches and panel prints with simple elements. The design of the side panels closely resembles that of the original models: metallic on the Model D and wood-grain on the Voyager Old School. Both synths sit on simple Lego recreations of an X-style keyboard stand.

Another detail of note is the accurate representation of the keyboard. Many piano and organ builds do not accurately reflect the pattern of black keys in alternating groupings of 2 and 3, but I found a way to achieve this with a combination of a could hinge elements oriented in different directions.

Studio 360 on the great synthesizer song, "I Feel Love"

Ever since attending Moogfest a couple of weeks ago, I've been listening to synthesizer music. Donna Summer's 1977 "I Feel Love," is my standout so far, with its gorgeous electronic pulse. In 2012, Studio 360 interviewed the song’s composer, Giorgio Moroder.

Musicologist Eric Weisbard says she “pushes so hard at the top of her voice, that you are amazed and not quite sure what you’re hearing.” Brian Eno famously predicted that it would change the sound of club music for 15 years; he undershot by decades. The thunderous beat and distant ethereal vocals are still the language of today’s dance music.

I Feel Love Read the rest

Thao & The Get Down Stay Down rocking the Moogs

Thao & The Get Down Stay Down took their killer alt.folk track "We The Common (For Valerie Bolden)" and re-envisioned it for Moog wizardry, while still keeping the banjo magic. Absolutely fantastic. The original is from their latest album "We The Common." Read the rest

J. Christopher Arrison on how the Moog came to represent a new sound of evil for the movies: "This ingenious re-purposing of classical themes through multi-layered analog synthesizers remains as powerful today as it did over four decades years ago. But like Kubrick’s brutal and graphic imagery, [Wendy] Carlos’ contribution to electronic music was not without controversy." [Cultureramp via Tettix]