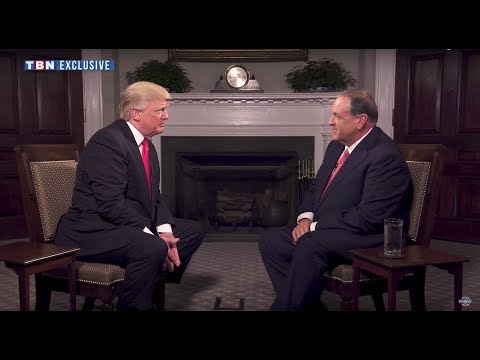 "I was having fun, they were having fun," said the US top dotard of callously tossing "very good towels" at Hurricane victims.

Watch this video as Mike Huckabee, the father of Trump's tone-deaf Press Secretary, and Orange Julius hisself discuss what a great job Trump thinks he did. No nepotism here folks.

Arguing that the media “made up” their coverage of the trip, he described in great detail the “deafening” sound of the cheering crowd when he threw paper towels at residents receiving aid at a church.

“So next day, they said, ‘Oh, it was so disrespectful to the people,’” Trump continued, referring to the press. “It was just a made-up thing. And also, when I walked in, the cheering was incredible.”

“You were a rock star!” Huckabee interjected. “I saw the video of it!”

Trump asks how he ever got "here" with the horrible publicity. Apparently America loves a racist. Read the rest

The President of the United States is Angry at Rex Tillerson, who was recently reported to have called Donald Trump 'a fücking moron,' a charge the Secretary of State and former Exxon-Mobil CEO does not deny. Read the rest