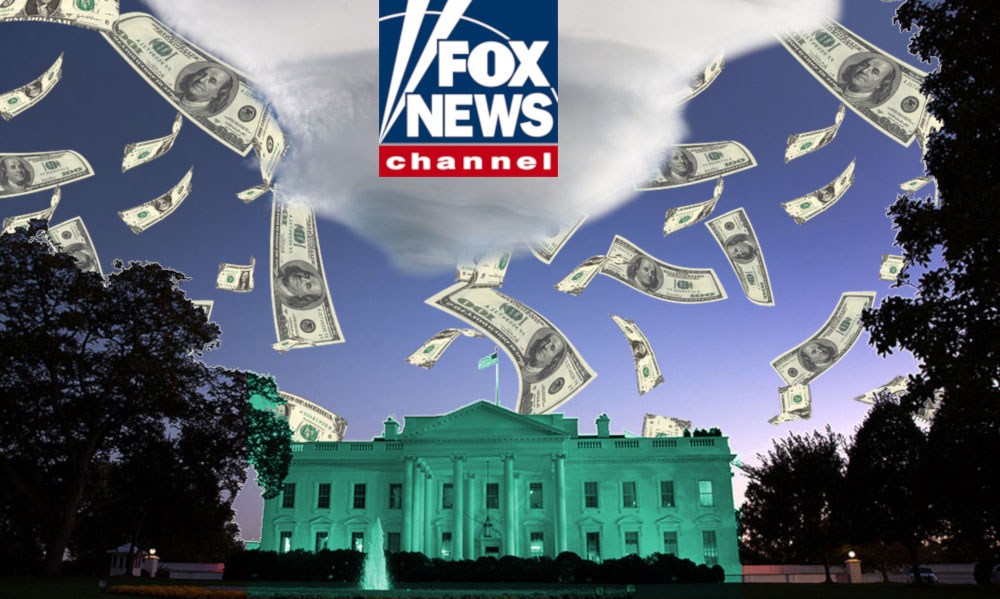 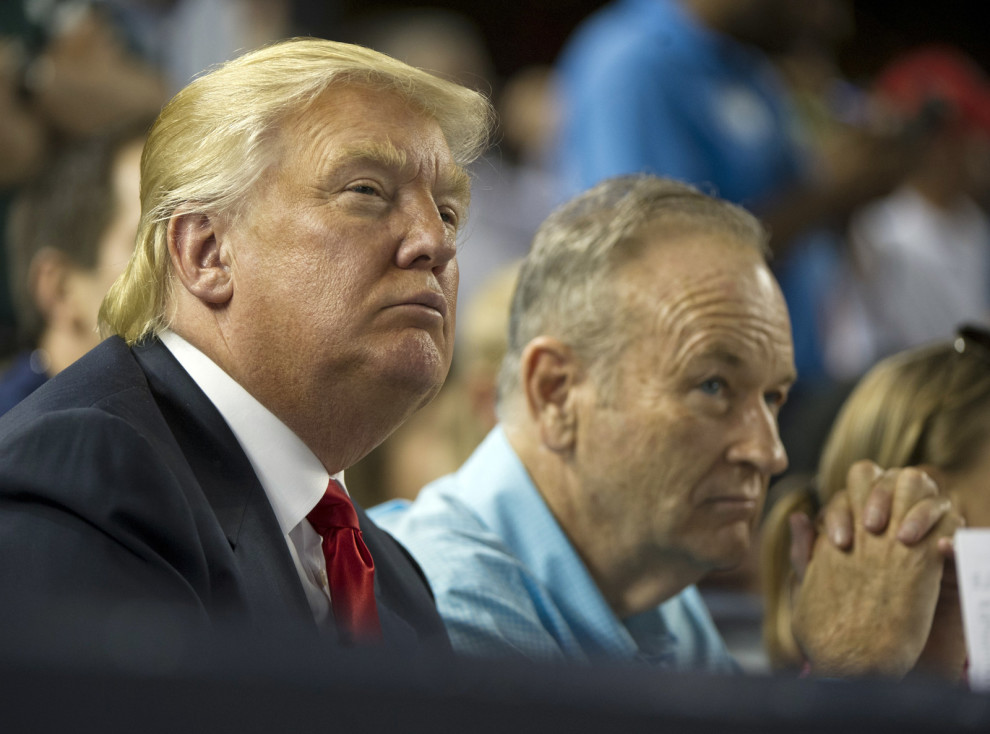 The Rupert Murdoch and ‎News Corp-owned Wall Street Journal reports Fox News “is preparing to cut ties with its biggest star, Bill O’Reilly,” and a final decision on his “fate could come as early as the next several days.” Read the rest

Report: Ailes out at Fox News (Update: Fox denies it)

Gabriel Sherman, National Affairs Editor at New York Magazine, reports that Fox News boss Roger Ailes is being "removed" by the Murdochs. He's been nailed by the company's internal probe into him, triggered by claims of sexual harassment leveled by Gretchen Carlson.

After reviewing the initial findings of the probe, James Murdoch is said to be arguing that Ailes should be presented with a choice this week to resign or face being fired. Lachlan is more aligned with their father, who thinks that no action should be taken until after the GOP convention this week. Another source confirms that all three are in agreement that Ailes needs to go.

While Gretchen Carlson’s sexual-harassment lawsuit against Ailes sparked the investigation, sources say it has expanded into a wide-ranging inquiry into Ailes’s controversial management style.

Responding to a news report that said Roger Ailes would soon be removed as chairman of Fox News, 21st Century Fox said on Monday that “this matter is not yet resolved.”

The statement came about 90 minutes after New York magazine reported that 21st Century Fox’s top executives — Rupert, James and Lachlan Murdoch — had decided that Mr. Ailes would need to leave his position after a sexual harassment lawsuit from former anchor Gretchen Carlson and an investigation into the culture of the network.

Nathaniel Brown, a spokesman for 21st Century Fox, Fox News’s parent company, responded to the article by saying, “This matter is not yet resolved and the review is not concluded.”

Tom Harper wrote the ridiculous cover story in the Sunday Times in which anonymous government sources claimed that the Russians and Chinese had somehow gained the power to decrypt copies of the files Edward Snowden took from the NSA, depite the fact that these files were never in Russia and despite the fact that the UK government claims that when criminals use crypto on their communications, the state is powerless to decrypt them. Read the rest

The Intercept used a screenshot of the Sunday Times front page in a story that criticized the paper for its crappy, gullible, manipulative Snowden reporting. Read the rest

Ladies and Gentlemen, I present to you The Sun newspaper

Does tomorrow's cover of UK tabloid The Sun not possess a certain je ne sais quoi? The subtle alliteration, dancing down the page in distinctive formal juxtaposition against the stark prosody of the headline itself. The exquisitely photoshopped composition, its 1990s GIF-style cutouts echoing memories of better days. The framing of murdered South African model Reeva Steenkamp with a lavender-blue backdrop, also photoshopped—and so richly symbolic of the deadly tension between the self-referential and the stochastic. The tragic allure in Steenkamp's eyes. The mechanical inevitability of stock-art digital clocks. This is surely one of the artist's greatest canvasses: while the 1989 classic Victims of the Hillsborough Disaster will forever remain Rupert Murdoch's most fitting birthday tribute to Hitler, this new masterpiece surely heralds a renaissance in his critical fortunes. Read the rest

Dial M for Murdoch: exhaustive account of the UK tabloids' criminality and the resulting coverup

Tom Watson and Martin Hickman's Dial M for Murdoch is a timely, informative, infuriating insider account of the News International phone-hacking scandal that has occupied the news-cycle, off and on, for several years now (and shows no sign of slowing down). Watson, a veteran Member of Parliament -- and frequent target of the Murdoch press and its hackers and snoops -- was an early and consistent voice of alarm over the scale and illegality of the Murdoch tabloids' investigative methods. He's uniquely well-situated to tell this story. His co-writer, Martin Hickman, is a veteran investigative reporter who covered the story for the Independent. They make a good pair, and the narrative is relatively smoothly told and, at times, is very powerfully written.

The Murdoch papers -- and other UK tabloids and papers -- wield tremendous influence in the halls of British power. Dial M traces the intimate connections between the press and senior ministers, elected officials, and -- crucially -- the police in the UK. As the flagship Murdoch tabloid, News of the World attained the highest circulation of any English-language paper, and seems to have led the world in illegal investigation techniques as well. The early inklings of the scope of the company's criminality were systematically understated by the press, underrated by the police, pooh-poohed by officials (from every party), and buried.

But the story wouldn't die. There were just too many victims, a sympathetic poster-child for everyone -- dead soldiers and their families, terrorist bombing victims, royals, the families of murdered children, and so on. Read the rest

Here is someone who hates everyone. [SMH]

Update: Though the deletion was widely reported, the tweet is evidently still live. Read the rest

Ben sez, "This Adam Curtis documentary (he posted the rough cut of his new one) is pretty incredible. It features the story of the head of the Daily Mirror in 1968, attempting to organize a coup of the British Parliament, partially by spreading financial panic rumors through his newspaper. He is abetted by the head of the Bank of England, and his psychic wife who convinces him that he has super powers.

Many in the Labour Party have believed ever since that Cecil King was conspiring with members of MI5 to destroy the democratically elected government, but there appears to be no hard evidence for this.

The truth is that King was in league with more familiar "rogue elements" - senior City of London bankers, including the Governor of the Bank of England, who wanted to force the Labour government to slash the financial deficit. But the Prime Minister, Harold Wilson, was refusing to bow to their demands.

At the same time as this was happening, many of the journalists in Fleet Street were filled with a terrible doom about the future of newspapers. As a result the BBC got excited and went and made all sorts of films about newspapers - recording Fleet Street before it died. Some of the material they filmed is just wonderful - it is full of both touching and silly moments of an old world of journalism.

(Thanks, Ben!) Read the rest

What Murdoch's media empire did: the big picture

Alternet's Russ Baker goes beyond the individual sins of the Murdoch media empire -- the phone hacking and such -- and looks at the big picture: what has the Murdoch empire done to the world?

He has undermined liberty: His outlets led the drumbeat for restriction or elimination of certain fundamental rights, including those under the US Fourth Amendment, while at the same time supporting unrestrained wiretapping, the harsh treatment of suspects who may have done nothing wrong, and fueling panic justifying the build-up of the national surveillance state.

He has turned the public against the press. By the generally inferior product produced, with a few exceptions, by the majority of the news outlets he controls and the tawdry methods sponsored by many of them, he has eroded the public’s confidence in media in general, tarnishing its belief even in those outfits whose work deserves to be taken seriously. He has also used his outlets to convince the public that other, more conscientious news organizations are ideologically suspect and biased.

What Rupert Murdoch Means For You Personally