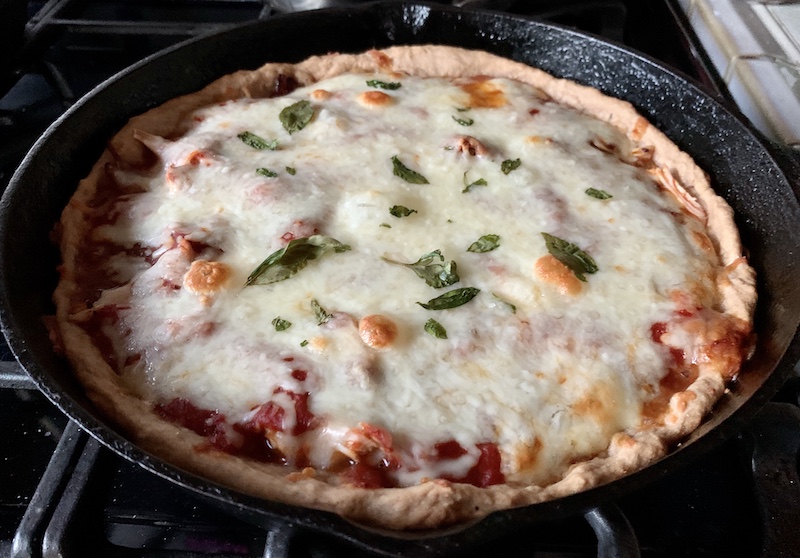 Cast iron and pizza. If you don't have a pizza oven or a stone, this is THE WAY. Read the rest

Pandemic sourdough: baking this loaf of bread made me so happy 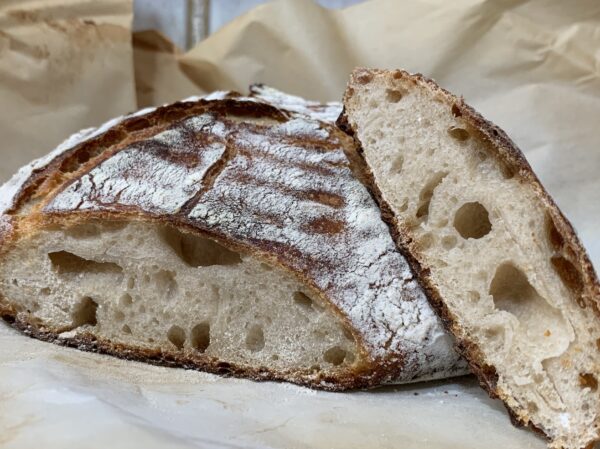 Read the first post in our series on making your own sourdough starter and bread.

The third loaf of bread with my new-to-the-pandemic sourdough starter was a pleasure to bake.

Putting this loaf of bread together for its bulk rise was done in a pleasant couple minutes pause while preparing dinner for my parents. I have been pretty aggressively on my One Meal A Day diet and enjoying 20-24 hour fasts during the pandemic and thus tend to prepare dinner for the family most nights.

I decided to bake an all King Arthur bread flour loaf of bread this time, but I continued to go with 2 cup sized loaves instead of 4. The starter is behaving like it is on something like a 4-6 hour cycle, so I fed it around 1:30 pm and mixed up the dough around 6:30 pm.

I time it like this so that a) the yeast should be in a place where there are many fresh, new and hungry cells banging about the starter and b) the 12-ish hour bulk rise I give my bread will not need me to wake up earlier than usual. If the dough looks like it needs more time, I give it more time. 18+ hours were not unusual in my old home. I would forget to change the thermostat and at night my kitchen would get too cold. Here I put the rising dough on the closed lid of an indoor bbq, with a potholder as insulation.

The dough was sticky and needed a bit of flour to let me work it. Read the rest 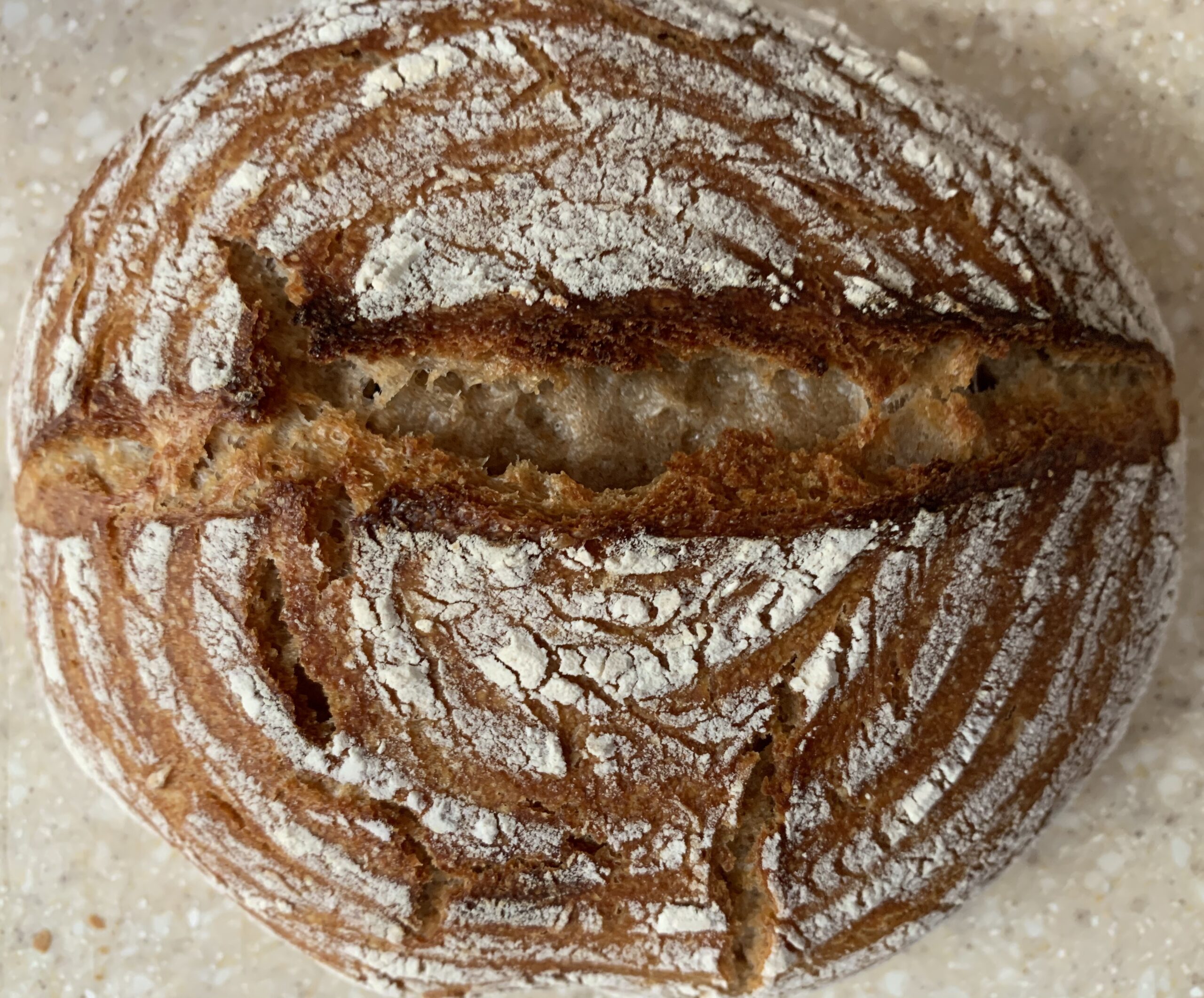 After starting a new sourdough starter not long after sheltering-in-place at my parent's place about 12 days ago, I have baked my second loaf of bread!

I've been baking with sourdough for well over a decade. My aged OG sourdough starter is currently in hibernation, however, at my brother's house in Northern California while I am in Southern California. I wanted to bake, but did not have a starter. I decided to make one.

The first loaf I tried with the starter showed that it was almost but not quite mature enough for me really enjoy what I was baking. It reminded me of a prior experience baking with my OG starter when it had not been treated well. Care of a starter is pretty easy, just feed it every day.

I gave the starter another 5 days or so of daily feedings.

I made some more sourdough pretzels while I waited.

Last night I put up a smaller sized loaf of bread. I want to conserve flour as it has been the only thing I've had a hard time finding. Hell, I am using some aged whole wheat...

I combined 1 ¼ cup of bread flour and ¾ cup of 2015 expired Gold Medal whole wheat in the big blue bowl. Read the rest 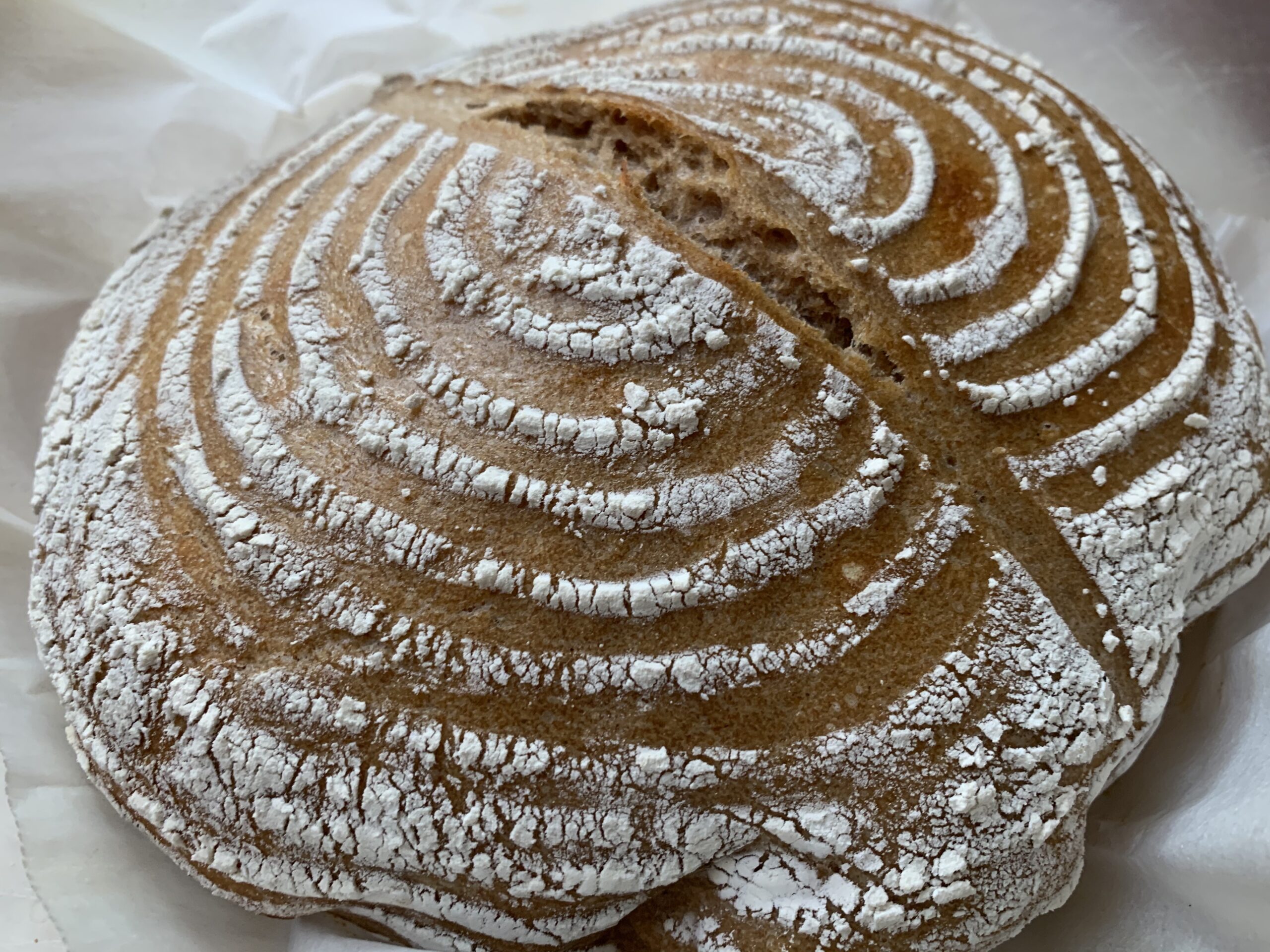 I had a bag of King Arthur Bread Flour at my new home, which is several miles away from my parents' home, where I grew up and am currently staying with them, as they are in their mid-70s. I ventured out to get this bag of flour, as I was freaking out with it less than a 5k road race away for some reason. Read the rest 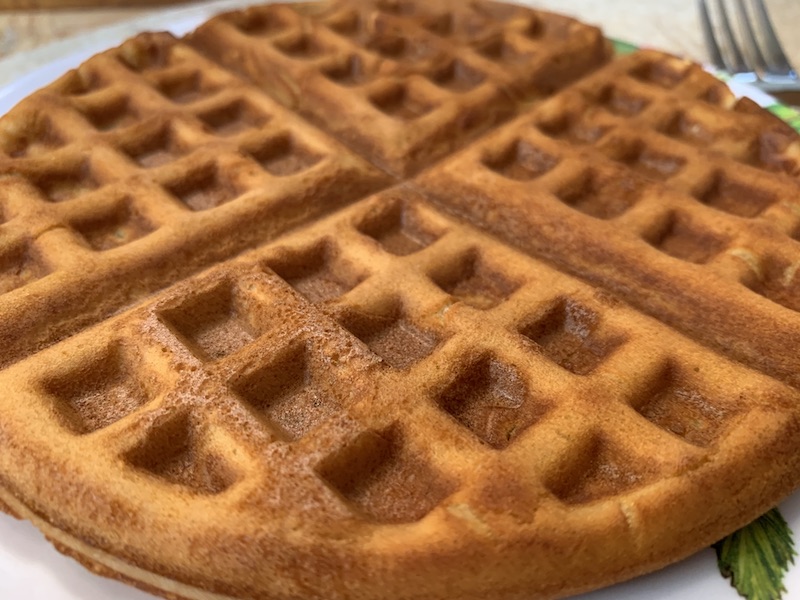 The EtOH cooks out and you get a very nice, sweeter than savory flavor. This is important to note as I do not suggest adding the liquor if you are making the waffles to accompany fried chicken! When made with buttermilk and all the overnight rests these are the most awesome waffles for Fried Chicken and Waffles. Sometimes I top them with eggs benedict, hollandaise and a chili pepper-infused maple syrup.