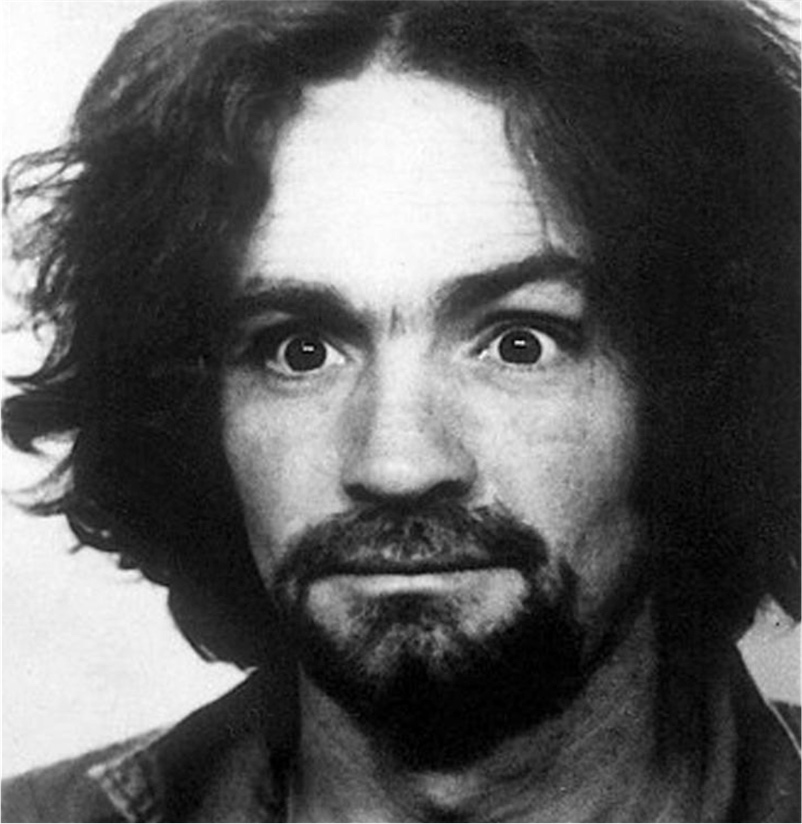 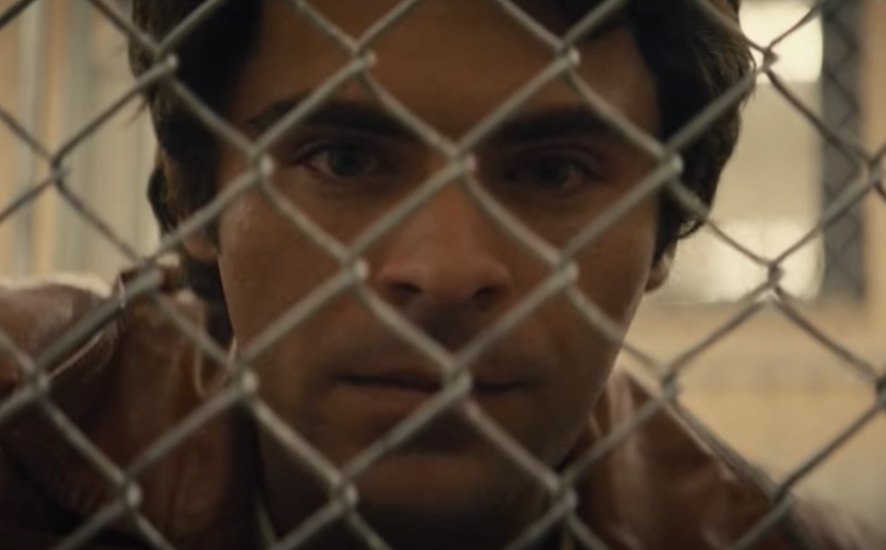 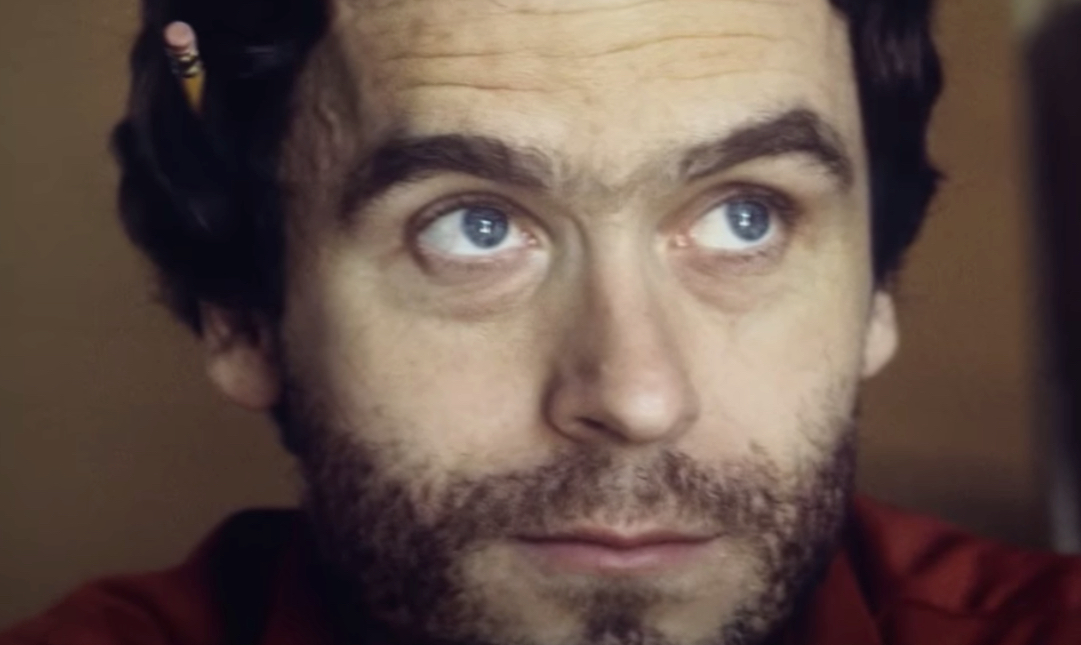 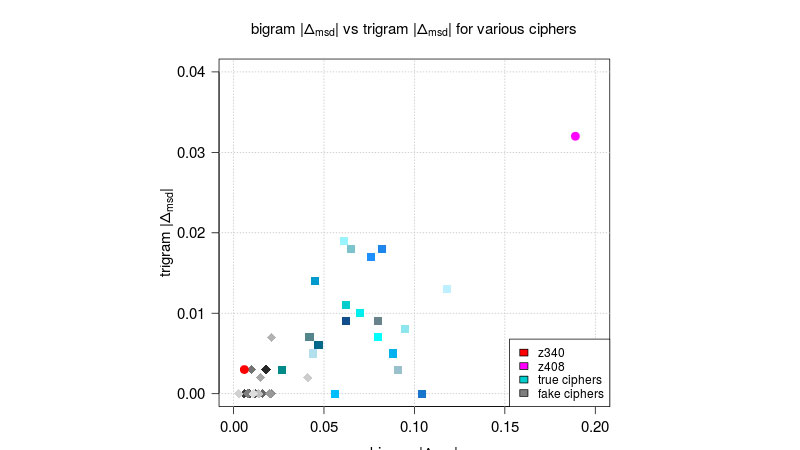 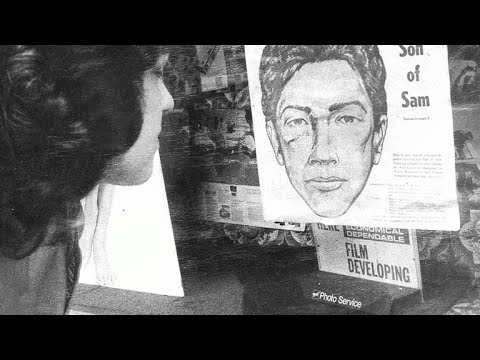 Forty years ago, serial killer David Berkowitz, aka the "Son of Sam," was thought to be targeting women in New York City who had long, dark hair. (In reality, Berkowitz thought he was following orders from his neighbor Sam's demon dog Harvey.) The very real fear of being a target led many women to cut their hair short, dye it, or wear wigs. Above, a reporter's on-the-street interviews with women at the time. 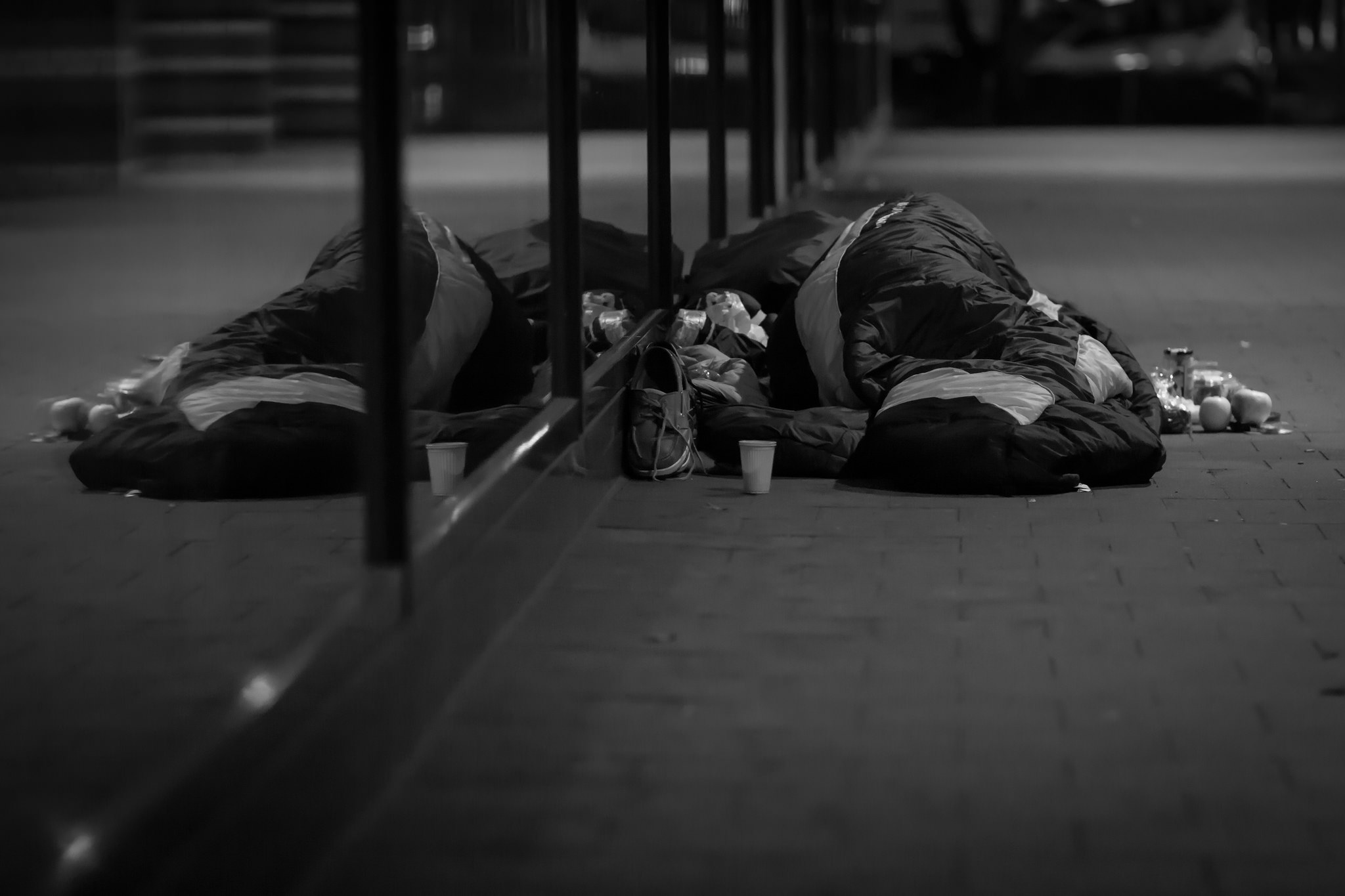 After two homeless men were murdered in Las Vegas by the same method, cops put out a bait mannequin that looked like a homeless man sleeping under a blanket. During the stakeout, Shane Shindler began beating the mannequin with a hammer similar to the weapon used in the other deaths. Read the rest 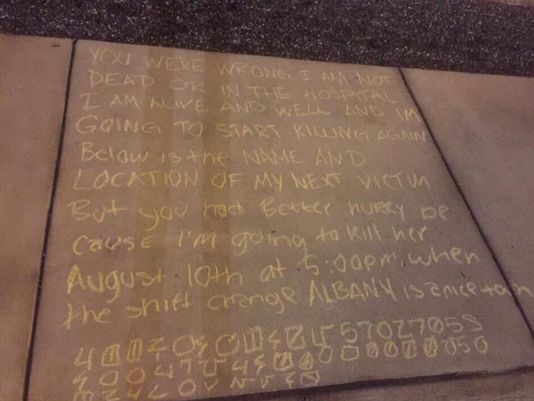 “You were wrong. I am not dead or in the hospital. I’m alive and well and I’m going to start killing again."

Turns out, the message was part of an assignment on serial killers and drug cartels in a Florida State University class. According to the Tallahassee Democrat, "the assignment was to write a message in a public forum, take a picture and send it to (professor Iheoma) Nwachukwu.

Meanwhile, the student who wrote the message had left for a weekend trip. She returned and on Tuesday called police after seeing flyers alerting Luxe residents to it and seeing it reported on the news.

She told police she and her roommate wrote the message but left in the pouring rain thinking the chalk would wash away.

Author: My dad was the Zodiac Killer

Gary Stewart, author of a new memoir The Most Dangerous Animal Of All, is the latest person to claim he has proof of the real, true identity of the infamous Zodiac Killer of 1960s northern California; he says the killer was his late father, Earl Van Best, Jr. Read the rest

Little House on the Prairie, serial killers, and the nature of memoir

Over the weekend, I read a couple of the posts blogger Ana Mardoll has been writing in which she deconstructs some of the weirder/more objectionable elements of the Little House books. That sent me looking for an essay I'd read several years ago on the actual history of how the Osage people were removed from southeastern Kansas ... which is given a prominent, if rather warped, role in Little House on the Prairie.

I didn't find that essay, but I did find several references to a story I had never, ever heard before. Turns out, the Ingalls family's sojourn in Kansas might have overlapped with that of a family of serial killers. At the American Indians in Children's Literature blog, Debbie Reese writes about stumbling across the story in the transcript of a speech Laura Ingalls Wilder gave in 1937. Here's an excerpt from that transcript:

There were Kate Bender and two men, her brothers, in the family and their tavern was the only place for travelers to stop on the road south from Independence. People disappeared on that road. Leaving Independence and going south they were never heard of again. It was thought they were killed by Indians but no bodies were ever found.

Then it was noticed that the Benders’ garden was always freshly plowed but never planted. People wondered. And then a man came from the east looking for his brother, who was missing.

... In the cellar underneath was the body of a man whose head had been crushed by the hammer.

The Toronto Sun today reports that "politicians and their aides in Ottawa have been shocked by the gruesome killing" attributed to Luka Magnotta. But not too shocked to exploit it for their own political gain! Buried in a story about how the missing accused murderer will face charges of "Criminal harassment" for sending dead body parts to lawmakers, in addition to all the murder and ass-cheek-eating and corpse-sexing stuff: Read the rest

John Wayne Gacy had a helper?

“There is significant evidence out there that suggests that not only did John Wayne Gacy not operate alone, he may not have been involved in some of the murders, and the fact that he was largely a copycat killer.” Read the rest