The amazing sex-toy review webcomic Oh Joy Sex Toy (previously) enlivens its weekly toons with sex advice and education; they've just announced that their next collection will be Drawn to Sex, the first in a new series of books "for those looking to learn about sex and wince at our bad dad jokes." There'll be a kickstarter soon! Read the rest

Who has better orgasms – men or women? 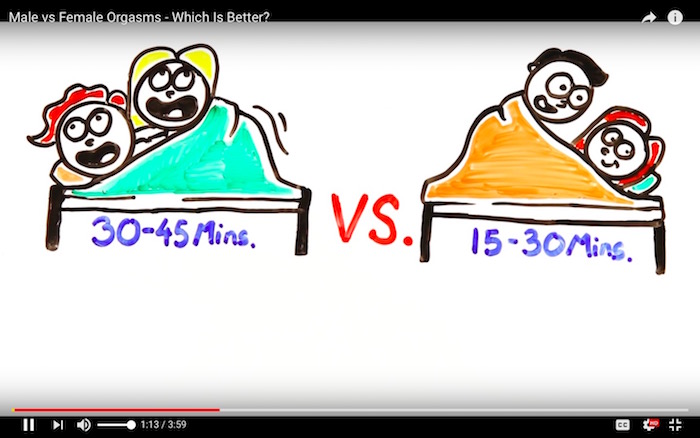 Some of the exciting points from the video:

1. Men's orgasms usually last only 3-10 seconds, while women can clock in at 20 seconds or more.

2. During sex, men have orgasms 95% of the time while women have them only 69% of the time. Although this goes up 12 percentage points when women have sex with other women.

The four-minute video has all kinds of other interesting scientific tidbits about sex by the sexes as well. And after hearing the evidence, it's hard to say who wins. Read the rest