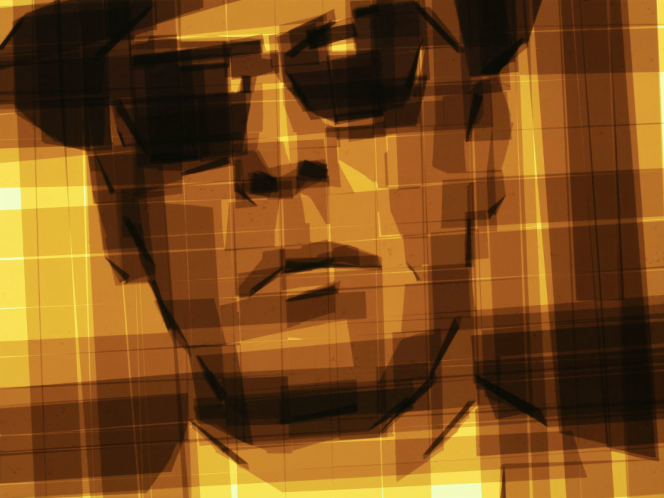 Mark Khaisman creates remarkable images using common packing tape and light boards. Since his early portraits with basic white and brown tapes found in any office, he has expanded to other colors and themes, below. Read the rest

Tear-Aid is watertight and airtight adhesive repair tape marketed for use in repairing outdoor products. I first found it when I was looking at options for repairing a tear in a self-inflating sleeping pad and read a recommendation of Tear-Aid from a former bouncy-castle operator. That real-world endorsement was enough to get me to try it and it has performed well for me.

I didn't want to experiment with a liquid patch because I couldn't be sure if the solvents would interfere with the composition of the sleeping pad, so this option was attractive. The instructions are clear and application was simple. After preppng the area with alcohol, I peeled the backing off and pressed the tape over the problem area. The tape is tough but flexible, and is transparent. It sticks very well and the sleeping pad now stays at pressure perfectly. Read the rest

While Pierre Schaeffer is often thought of as the father of the electronic music form known as musique concrète the gentleman above, Halim El-Dabh, actually got there several years before, 1944 to be exact. Born in Egypt in 1921, El-Dabh studied agriculture at Cairo University while playing piano and other traditional instruments as a pastime. One day, the student and a friend borrowed a wire recorder -- a device predating magnetic tape -- from the Middle East Radio Station and hit the streets to capture ambient sounds. El-Dabh recorded a spirit-summoning ritual called a zaar ceremony and ultimately found that he could use the sounds as the raw ingredients for a new composition. In a recent interview with the Electronic Music Foundation, El-Dabh, who is University Professor Emeritus of African Ethnomusicology at Kent State University and continues to compose music, tells the story of his musical career, including this bit about the pioneering 1944 piece listenable above, an excerpt from "The Expression of Zaar":

We had to sneak in (to the ritual) with our heads covered like the women, since men were not allowed in. I recorded the music and brought the recording back to the radio station and experimented with modulating the recorded sounds. I emphasized the harmonics of the sound by removing the fundamental tones and changing the reverberation and echo by recording in a space with movable walls. I did some of this using voltage controlled devices. It was not easy to do.