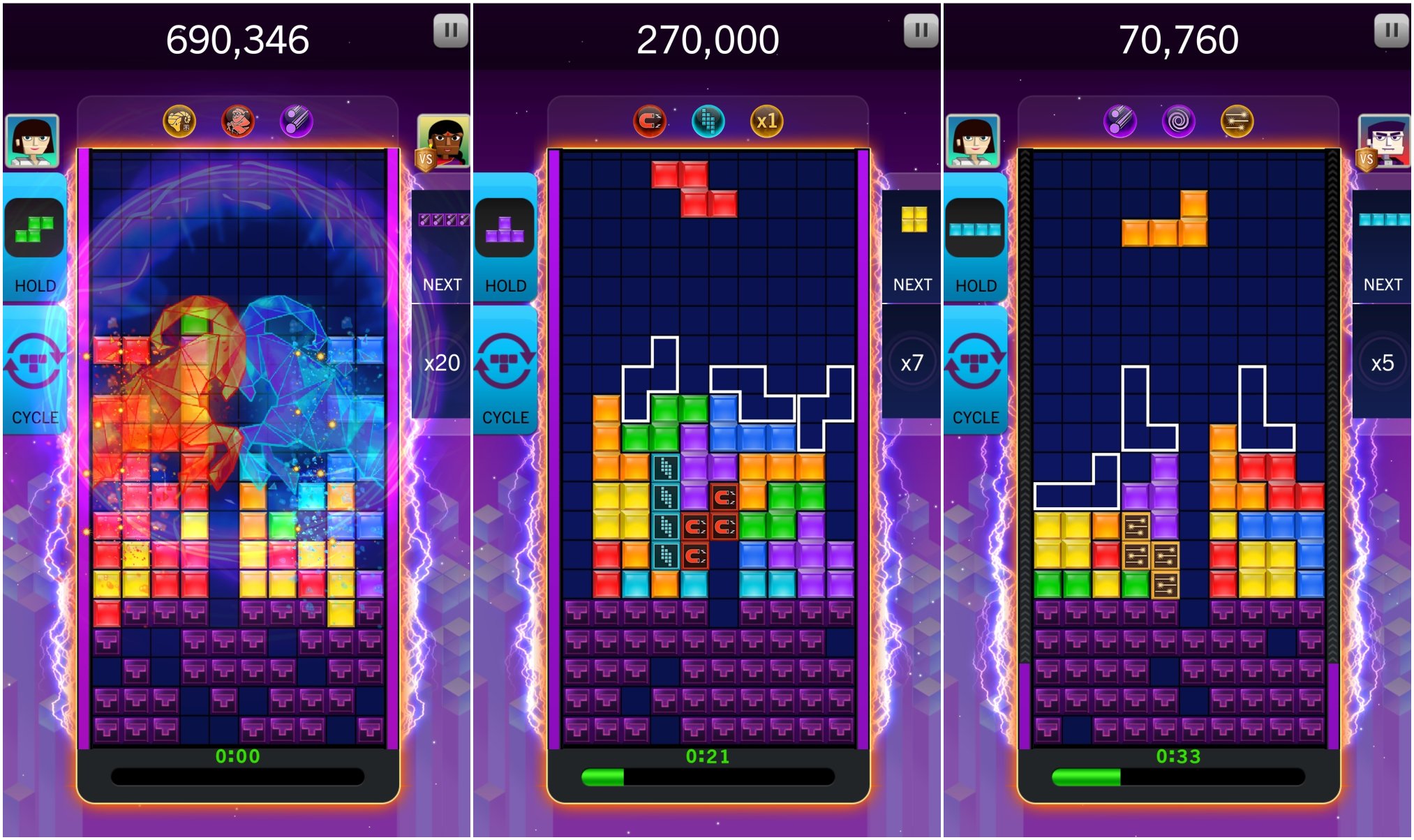 It's not EA's fault, at least not directly: the Tetris Company has a new partner, and it appears EA's license for the game lapsed. Read the rest 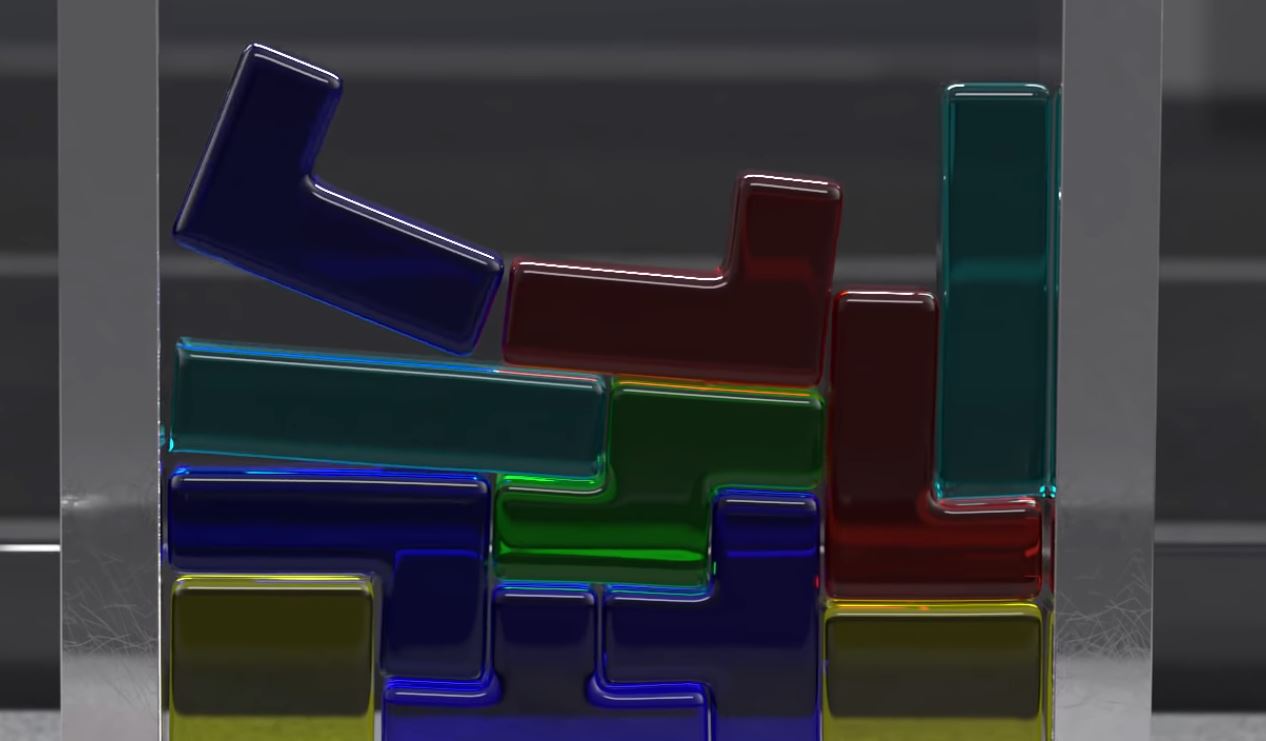 Shown here is the sixteenth version of "Softbody Tetris" (also an entire genre) by C4D4U, a depiction of falling blocks made of gummi candy. It's necessary to use a powerful computer to simulate this because otherwise the tetronimoes would be eaten before settling into place.

It makes me happy to create such stuff. It makes a lot of fun. ASMR for my eyes ;) I love the original Tetris game. And I love Jelly ?

A brief history of the bizarre, unholy offspring of Tetris 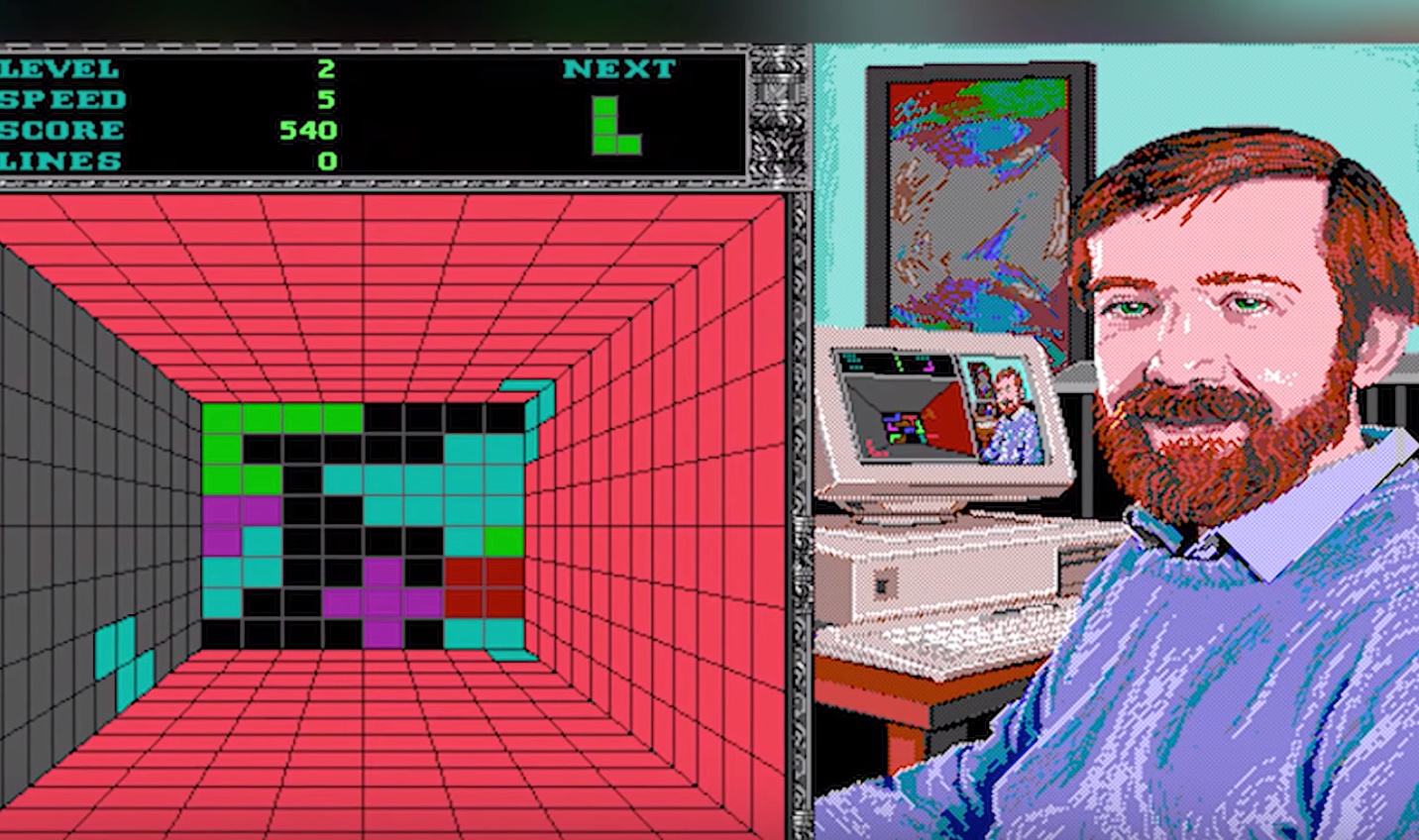 In 1984, Alexey Pajitnov, then working for the Russian Academy of Sciences, completed his masterpiece, Tetris. It was perfection and, sadly, could only go downhill from there, as the inimitable videogamedunkey explains in this delightful video above. 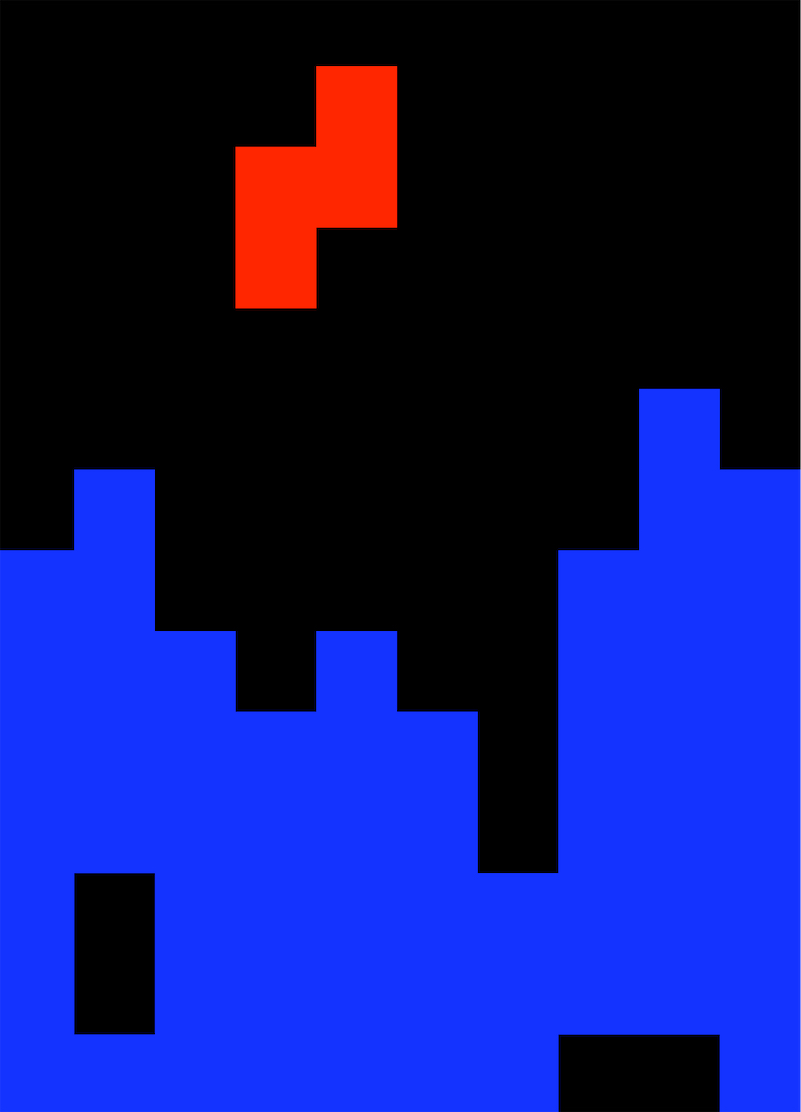 Why humans are suddenly getting better at Tetris 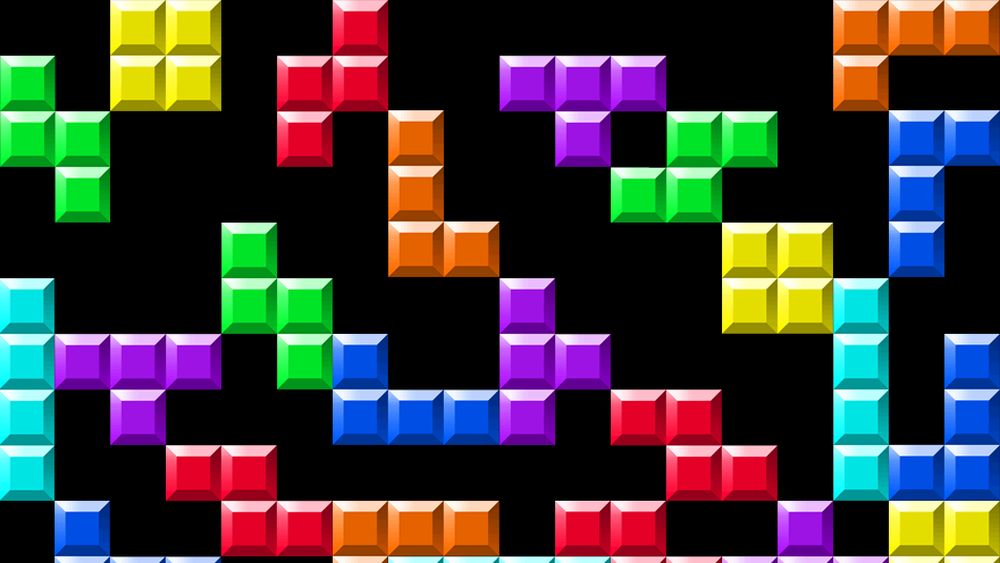 In this video [via Kottke], John Green explains why competitive players are suddenly getting much better at Tetris despite the number of players being much smaller than in its heydey: "a group of enthusiasts built spaces both online and off that allowed people to connect with each other over what is usually a very solitary hobby and because small groups of deeply passionate people can often be more productive than large groups of casually interested people."

The improvements apply to a specific implementation of Tetris (8-bit Nintendo) and reflect deep awareness of the technical environment. Read the rest

In this clip, 16-year-old Joseph Saelee defeats Tetris seven-time world champ Jonas Neubauer to become the new Tetris Tsar or whatever they call it. It's mesmerizing! Alex Walker writes:

It was a story straight out of a shonen anime: the new up and comer and the king at the top of the summit, looking down below at the competition.

The second and third game of the series also went completely to the wire. Saelee amassed a lead of more than 160,000 points at one stage by the second game, but had to tap out after things went haywire in the 27th level. Neubauer, behind in points, carried on but went 25 pieces without a long bar - and consequently couldn't get the points needed to catch up.

Russian van comes with Tetris built into the dashboard 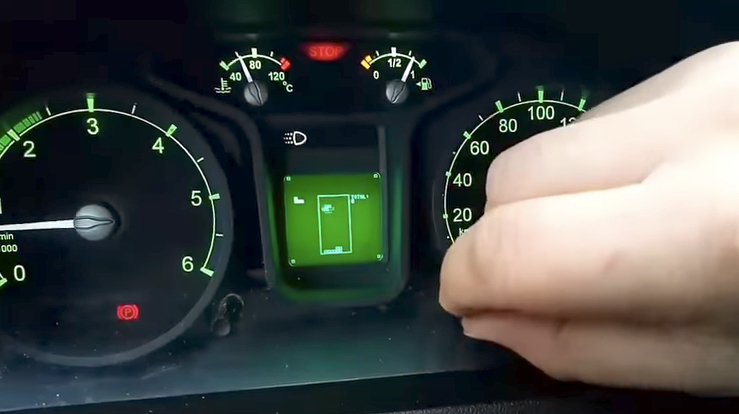 Some models of Russian GAZelle Next commercial vans and trucks have Tetris integrated into the instrument cluster as an Easter egg. Here's the Google translation of the YouTube poster's instructions of how to bring up the game: 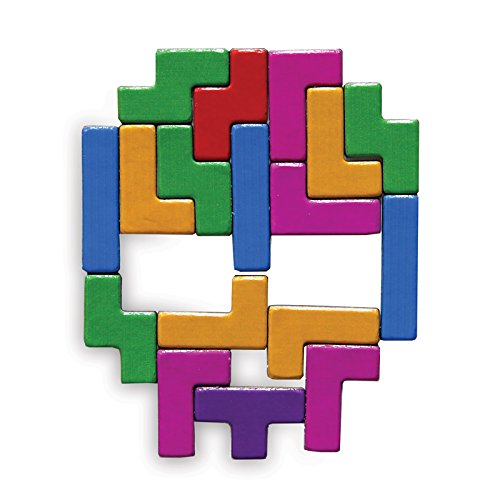 Are there any good magnetic tetrominoes? As in: each "pixel" a cube rather than millimeter-thick. Read the rest

Play Tetris on a soldering iron

The TS100 was already an incredible gadget, a miniature precision soldering iron, a cult product whose magical powers I toyed with upon discovering the wonderful world of assembly-required mechanical keyboards. And now you can play Tetris on it, proving not only that God exists but that He loves us. [via] Read the rest

The thrill of cleaning in video games

For lots of commercial games, being able to spatter the walls with viscera or to leave a mess of smashed barrels and crates behind is part of the abandon. But aren't people often just as driven by the urge to clean up? Read the rest

Documentary on the first Tetris championship

Ecstasy Of Order: The Tetris Masters is a 2011 documentary telling the story of Robin Mihara, a "Tetris superfan" who convened a global Tetris championship in 2010 in Los Angeles, assembling a collection of the greatest Tetris players on earth. The movie's official site has lots more on the event and the documentary, which looks very exciting indeed. Read the rest

Dream of Pixels: Tetris in reverse!

Dream of Pixels reverses time on the best game of Tetris you ever had: a grid of blocks lies already complete, and you have to unpack the tetrominoes that fell to create it.

The iOS version is coming out on Thursday, but you can play the prototype—which lacks the full game's beautiful graphics‐for free on the web. At the official website, developers Dawn of Play promise 5 types of play, amazing music, and a "Zen"puzzle mode for people who like to take their time. [via Free Indie Games] Read the rest

I have just ordered this seven-piece reconfigurable Tetris light set, which automatically turns on when all the pieces are stacked together. I bet it sucks; if it does, I'm going to go right ahead and make my own 6ft tall version out of plexiglass squares and LED lamps.

UPDATE: Amazon is sold out, but if you're in the EU, Firebox has them in stock! Read the rest

What makes Tetris Tetris? The mobile app explosion threw gasoline on the game's already-numbing history of copyright battles. At Ars Technica, Kyle Orland takes a look at the Tetris Company's endless efforts to kill them. These efforts hinge on a seemingly straightforward question: is Tetris simple enough to be defined by a set of rules (to which copyright cannot apply) or does it qualify as protected expression? Read the rest