Not sure about this Thomas the Tank Engine reboot 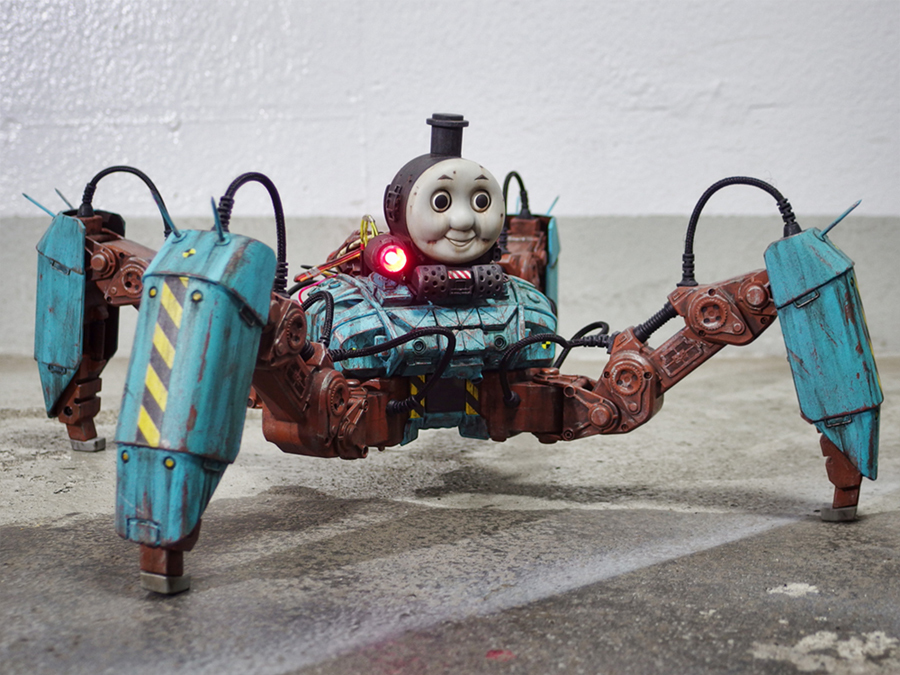 Zelda: Breath of the Wild, the hit launch title for Nintendo's new Switch console, is already emulated on the PC, where it's been hacked to house random pop culture stuff. In this video, see Biggie Smalls vs. Thomas the Tank Engine, Minecraft Steve, Spongebob, and Shrek do battle.

There's something so awesomely dumb about this, fascinating and boring all at once. It embodies a trend that looks like it might be punk, or at least a new frontier in YouTube Poop. But this is mostly our novelty receptors getting plugged by a tornado of memes that never change. A flash of accelerant in the embers of web culture, cackling at the hope new things must emerge when the old is mixed. Read the rest 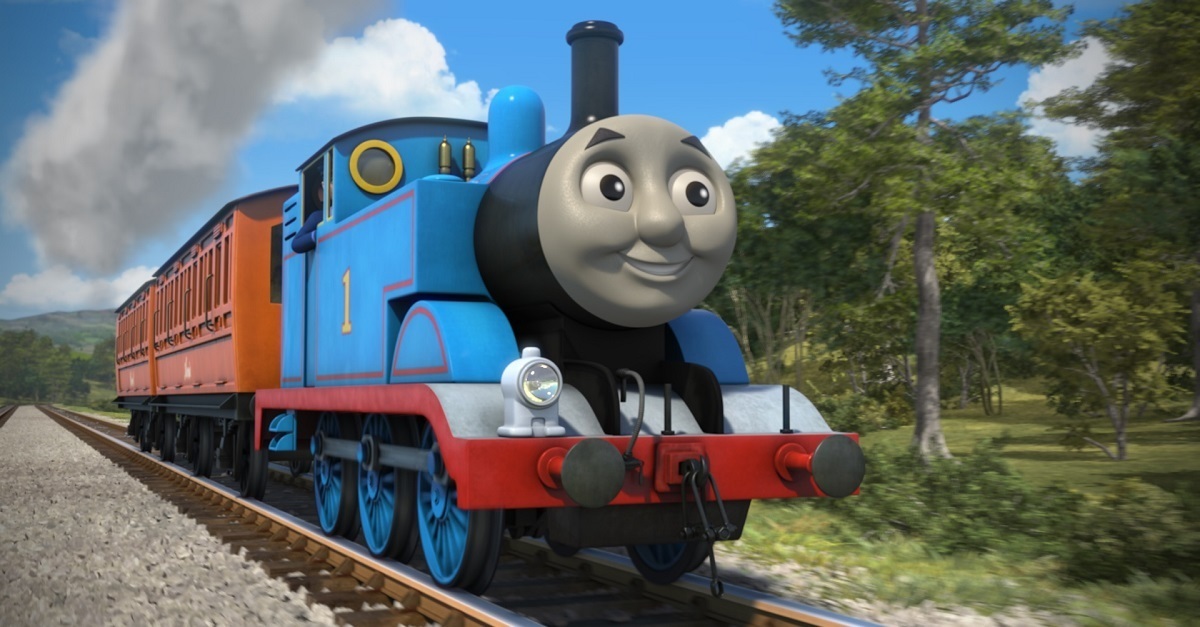 Jia Tolentino describes The Repressive, Authoritarian Soul of “Thomas the Tank Engine & Friends”, that most cosy and all-conquering example of English bullshit for children.

through the dedicated and comprehensive Thomas the Tank Engine Wikia, as well as asmattering of critical assessments and message-board threads from dedicated viewers, I have become a little obsessed with the show’s repressive, authoritarian soul.

It is clear from his work that Awdry disliked change, venerated order, and craved the administration of punishment. Henry wasn’t the only train to receive a death sentence. In one episode, a manager tells a showoff engine named Smudger that he’s going to “make him useful at last,” and then turns Smudger into a generator, never to move again. (There are several “R.I.P. Smudger” tribute videos on YouTube.) In another episode, a double-decker bus named Bulgy comes to the station and talks about revolution—“Free the roads from railway tyranny!” he cries. He is quickly labelled a “scarlet deceiver,” trapped under a bridge, and turned into a henhouse. A recurring storyline involves the “troublesome trucks,” which are disciplined into fearful obedience through public, symbolic punishments. Their leader, S. C. Ruffey, is pulled in two different directions until he breaks into pieces—“I guess the lesson is that if someone is bullying you, kill them?” a YouTube commenter writes—and, in another episode, a “spiteful” brake van is crushed into bits.

By the time Awdry wrote “The Railway Series,” the railway industry had shifted away from steam and toward diesel and electric.

Proof the Thomas the Tank Engine theme works with all rap 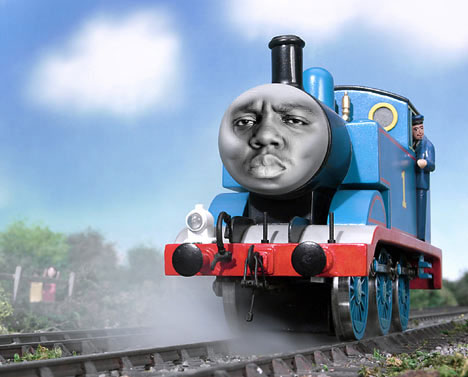 But just as there is a weird power in Thomas the Tank Engine, there is an uncanny magic to Mike O' Donnell and Junior Campbell's theme.

The true form of Thomas the Tank Engine 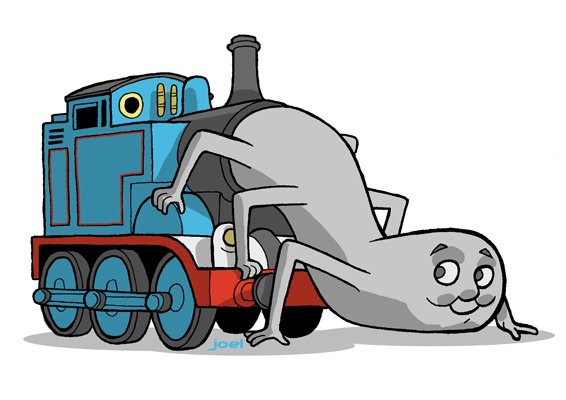 Exhibit A: (above) Joel Carroll (@joelcarroll) hypothesizes a many-legged parasite that replaces the internal mechanics in the manner of Cymothia Exigua, the tongue-replacing fish louse. Buy the T-shirt.

Exhibit B: (below) Yui Abe hypothesizes a giant man literally confined within the chassis of the engine (via); the tees are sold out; presumably a collector's item.

The Fresh Tank Engine of Sodor 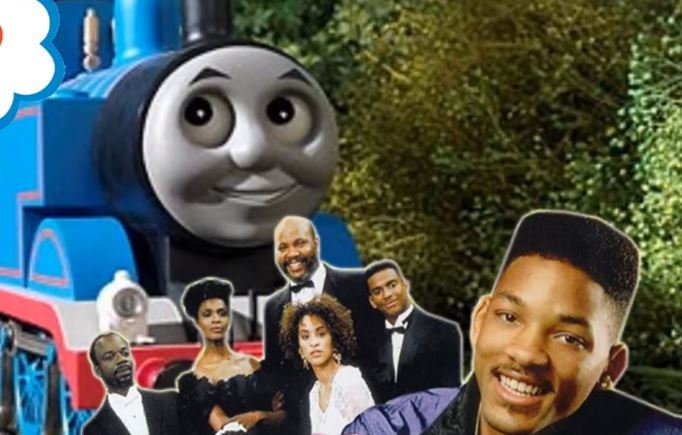 Also, "Insane in the Train" is the perfect title, but that mix isn't quite up to the gold standard of the others:

Here's Back in Coal Black, just madness: Read the rest

Crashes from Thomas the Tank Engine

"I was bored so I decided to make a compilation of the crashes on Thomas and Friends," writes YouTube's monsterjamfan100. [via hellojed at Metafilter]