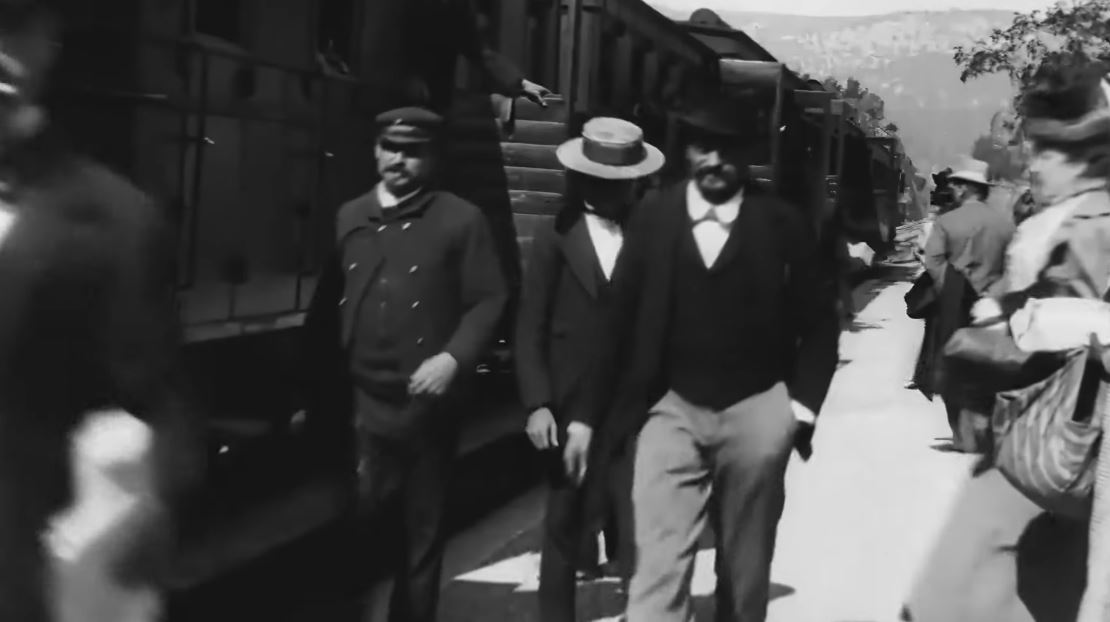 The 1896 film "Arrival of a Train at La Ciotat" was not shot in 4k at 60 frames per second, but it gets there in this remastering using neural networks. The result has some uncanny, distracting warping going on, but it's nonetheless detailed and transporting.

Upscaled and resounded version of a classic B&W movie: Arrival of a Train at La Ciotat, The Lumière Brothers, 1896

For reference, here's the original: