This is a pretty cool — and historically important — project from the Boston Public Library!

The Boston Public Library's Anti-Slavery collection—one of the largest and most important collections of abolitionist material in the United States—contains roughly 40,000 pieces of correspondence, broadsides, newspapers, pamphlets, books, and memorabilia from the 1830s through the 1870s.

We need your help to turn our collection of handwritten correspondence between anti-slavery activists in the 19th century into texts that can be more easily read and researched by students, teachers, historians, and big data applications.

It's not paid work, but if you're historically curious, they welcome volunteers to comb through their online archives to help digitize everything line-by-line. It looks like a pretty straight-forward process, although it doesn't work on mobile devices or tablets.

The last time a Frederick Douglass statue was vandalized in Rochester, it was because of drunk college kids 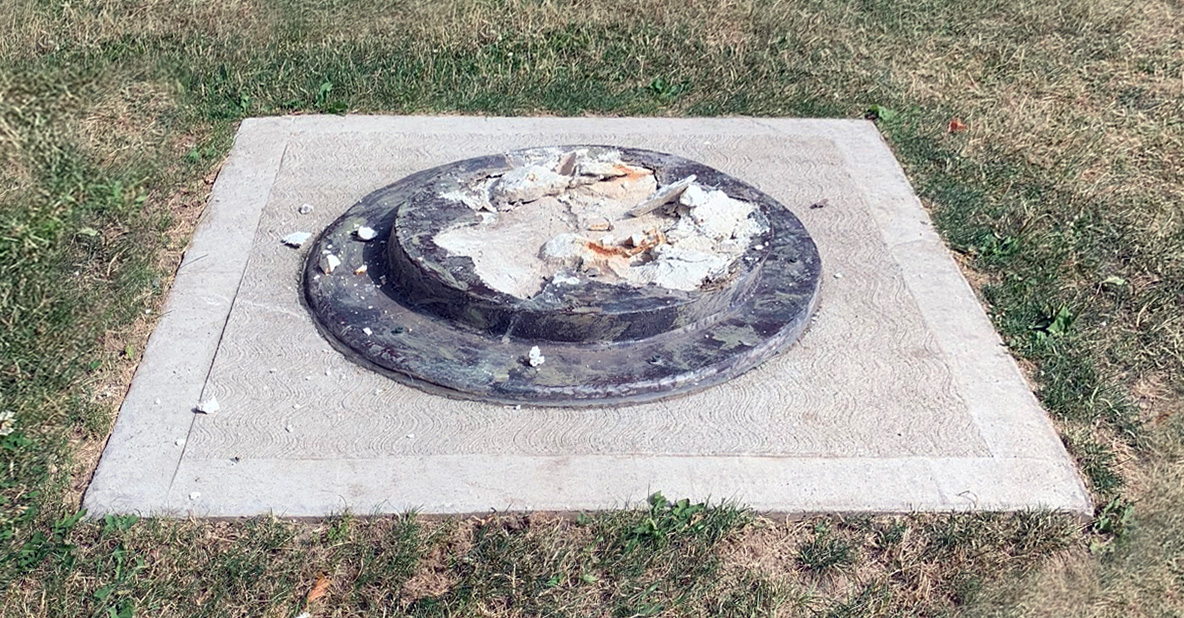 A statue of famed abolitionist Frederick Douglass in Rochester's Maplewood Park was vandalized on the anniversary of the "What to a slave is the Fourth of July?" speech that he gave in Rochester  in 1852.

Given the current cultural conversation that the United States is having around statues and memorials that commemorate people who did terrible things alongside their other accomplishments, this unfortunate act is being held up as some kind of monolithic indicator of the eeeeeeevils of "cancel culture" and whiny liberals who want to get rid of statues. Consider these tweets from Yascha Mounk, a contributing editor for The Atlantic and Senior Advisor for Protect Democracy:

"Removed" is quite the euphemism here, by the way. As best I can tell from this terrible news report, it has been smashed to pieces. https://t.co/qMgUwazdRl

As of this writing, it's not clear who destroyed this statue — one of fourteen Douglass statues in Rochester, where Douglass lived and was buried. In 2018, two drunk college kids also destroyed a Frederick Douglass statue in the city. Eyewitnesses claimed the students were shouting racial slurs, but the vandals themselves insist they were just drunk and did it for the lulz. They pled guilty, and had to participate in a restorative justice program to learn more about Douglass and his contributions to the world.

In other words, even that situation wasn't an indicator of anything other than the seeping subtleties that empower entitled white dudes to do dumb shit and get away with it. Read the rest

On March 5, 1770, militarized law enforcement officers committed a heinous act of state-sponsored violence in front of the Old Boston State House, shooting and murdering an innocent black man named Crispus Attucks along with four other people who were protesting against state-sponsored violence committed by militarized law enforcement officers. This massacre is largely recognized as a turning point in public sentiment against the corrupt authorities, which would eventually lead to a full-blown revolution.

While no one was killed during this embarrassing moment of accidental historical cosplay, public sentiment does appear to be turning against the authorities. Whether this leads to a full-blown revolution has yet to be seen.

A short animated tour through every state in the US

I discovered the Wendover Productions website last year when they posted a great video explaining why trains suck in America. Their latest video is an animated, fun-fact-filled tour through all 50 states in the US. One thing I learned is that a part of Canada is farther south than California. Read the rest