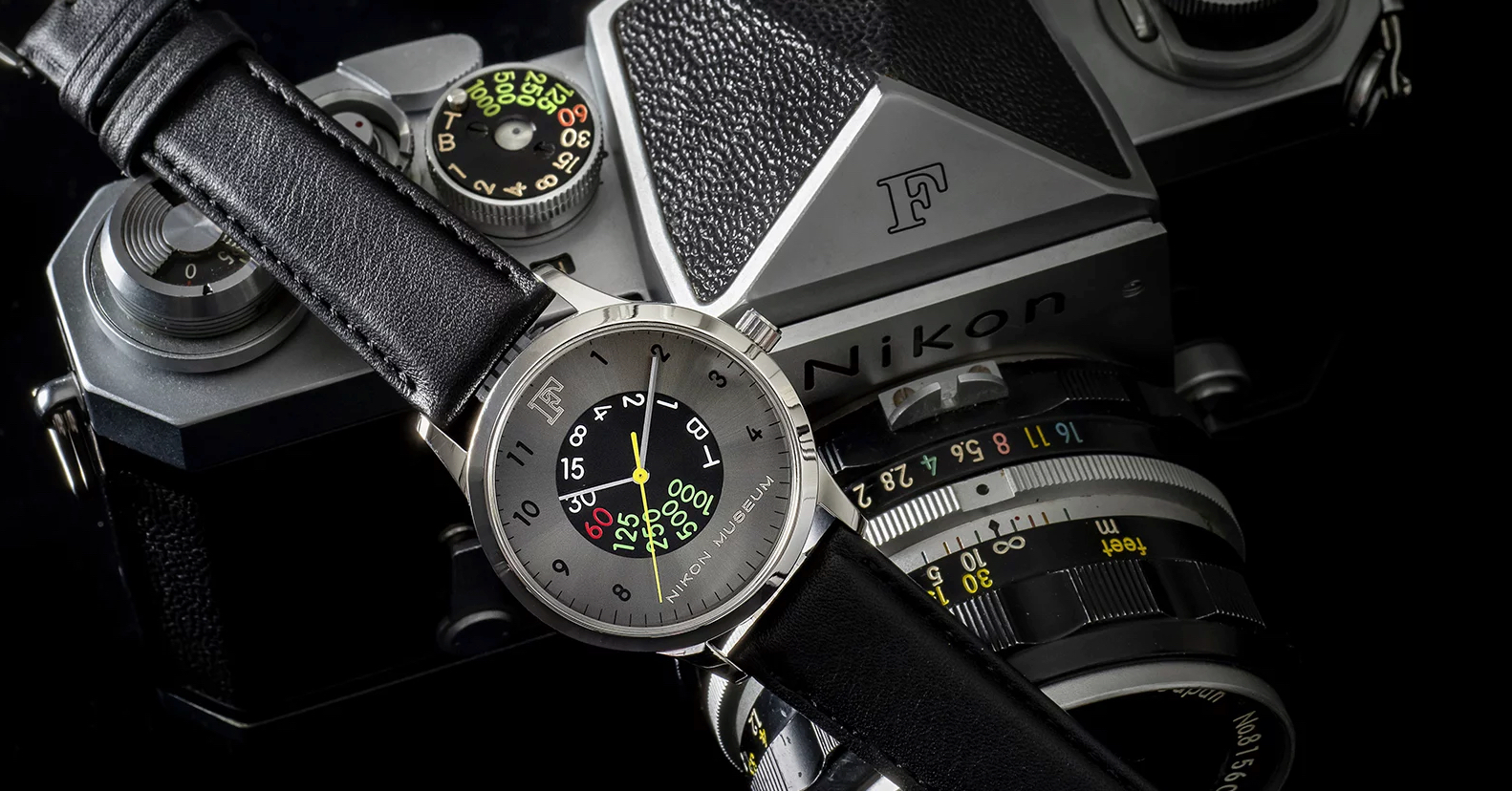 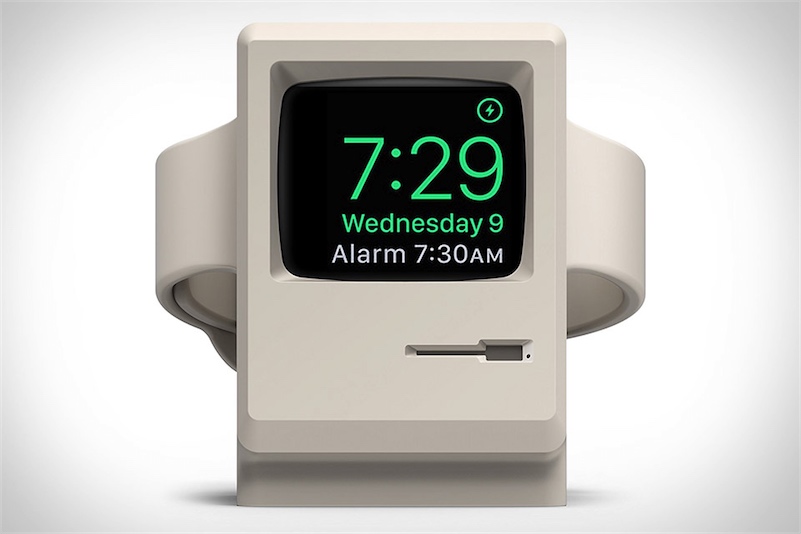 This stand for the Apple Watch mimics the classic design of the original Apple Macintosh. It's made from "scratch-free silicone" and supports the Apple Watch's Nightstand Mode. elago W3 Stand [White] - [Vintage Apple Monitor] (Amazon) Read the rest 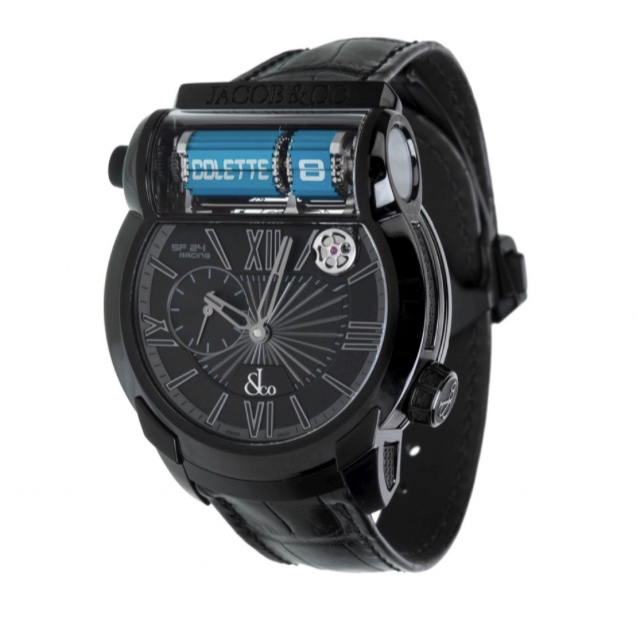 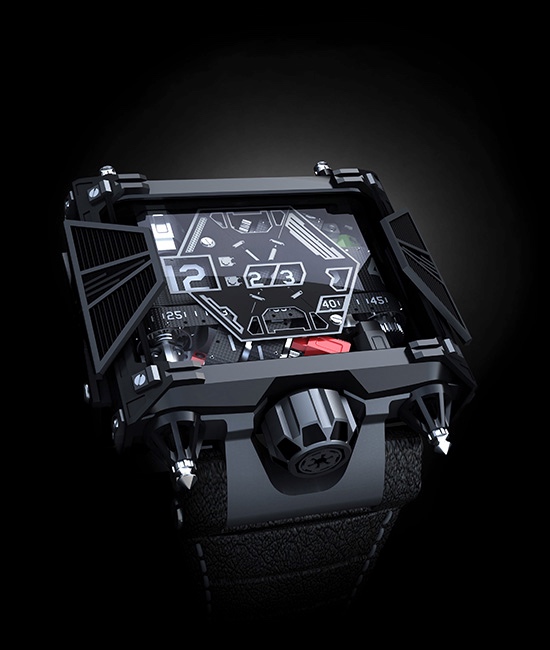 Devon's new Star Wars wristwatch is $28,500, but at least they make it worth it by throwing in a pair of TIE Fighter cufflinks. Read the rest 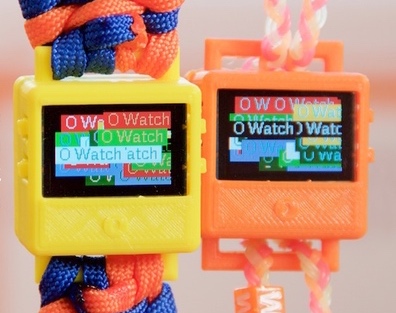 Developed by an 8-year-old maker named Omkar, the O Watch is a 3D printable, programmable, smart watch kit for kids. Omkar has launched a Kickstarter to scale up the O Watch so other kids can use the platform "to learn programming, 3D printing and crafts." Support it! Read the rest 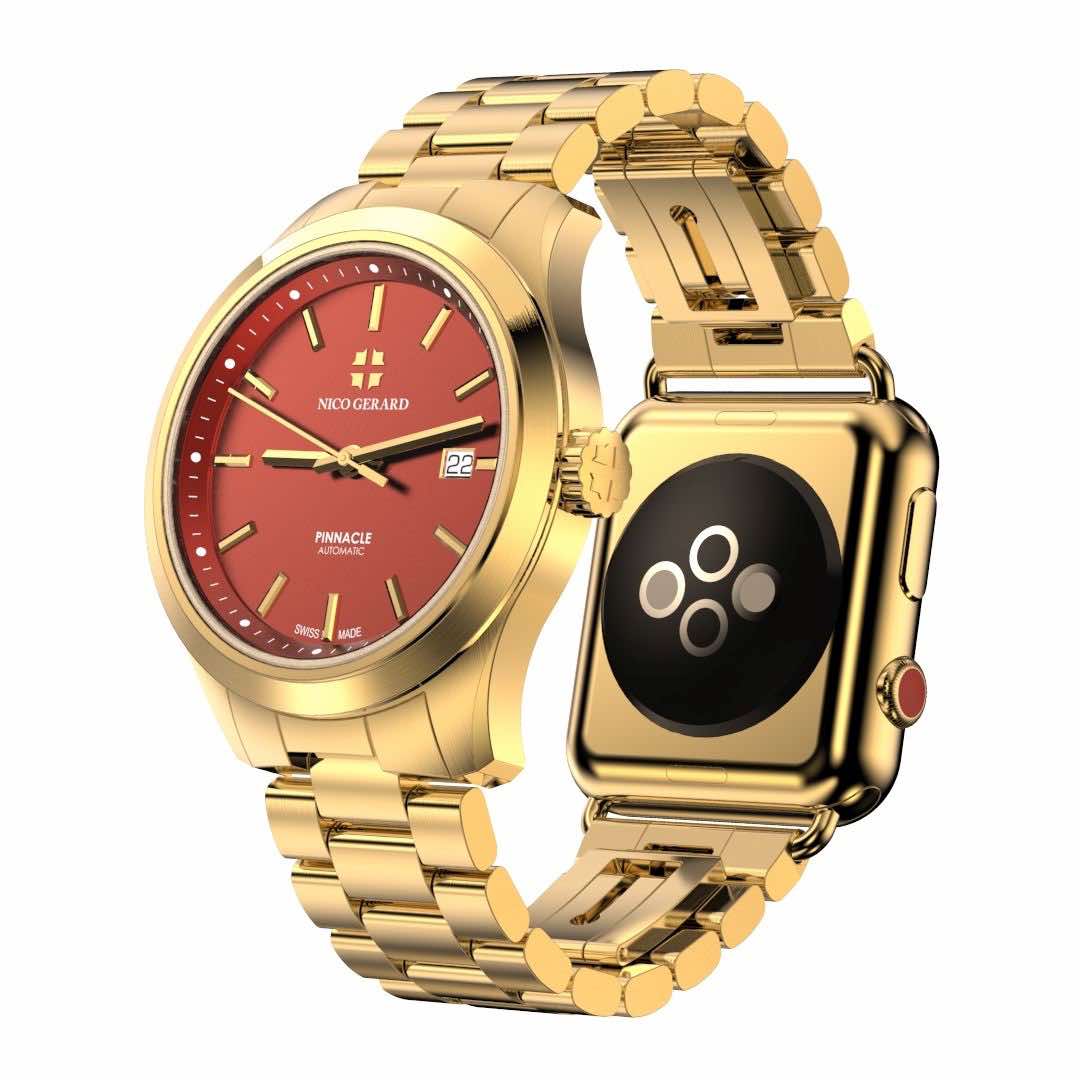 The posh Pinnacle analog timepiece from Nico Gerard integrates an Apple Watch into the bracelet. Prices start at $9,300 for the basic stainless steel model, but the 18k gold Sunrise edition, at $112,000, is obviously the one to get. Read the rest

Watch with microscopic sculpture inside

Tucked inside this $1.5 million watch by Greubel Forsey is a tiny ship sculpture by Willard Wigan who is the master at artworks you can't appreciate without high-powered optics. Read the rest