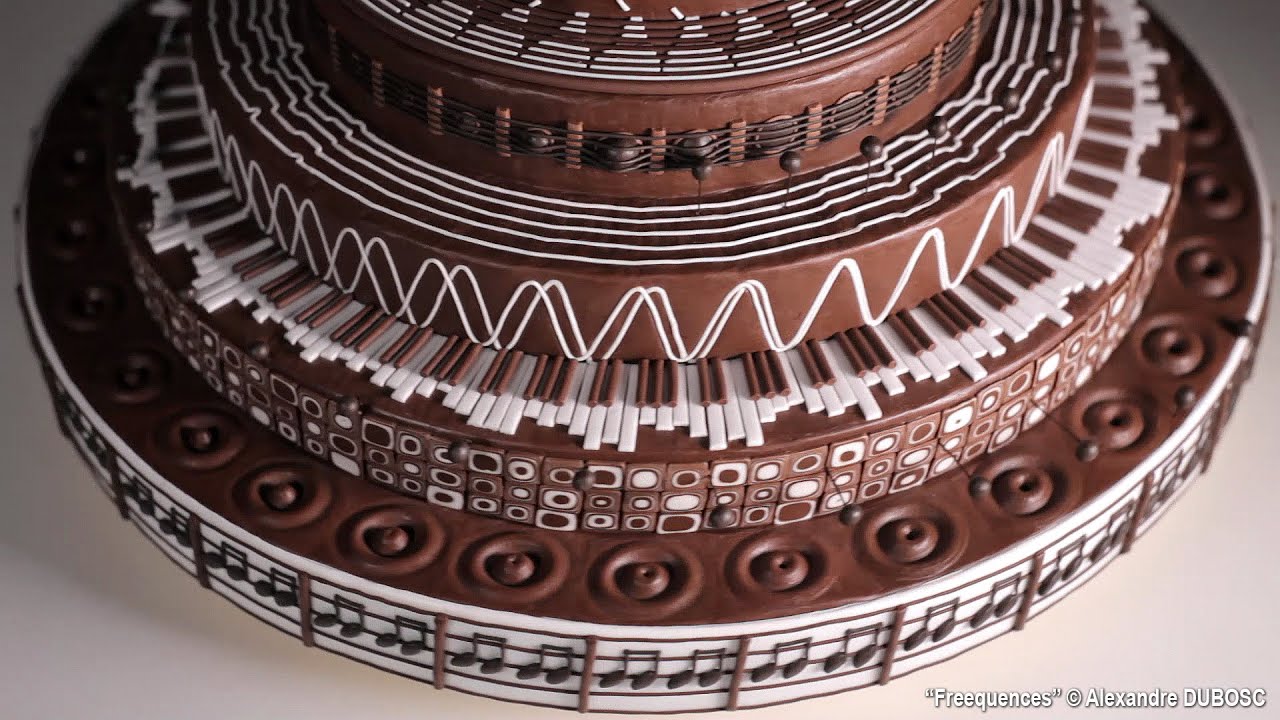 No one makes a cake-based zoetrope like French artist Alexandre Dubosc (previously). He spent three months on his latest caketrope, "Freequences," and it's a completely mesmerizing visual and auditory experience. Want to see how the sausage, er cake, is made? Visit his website to see the "Making OeuF." 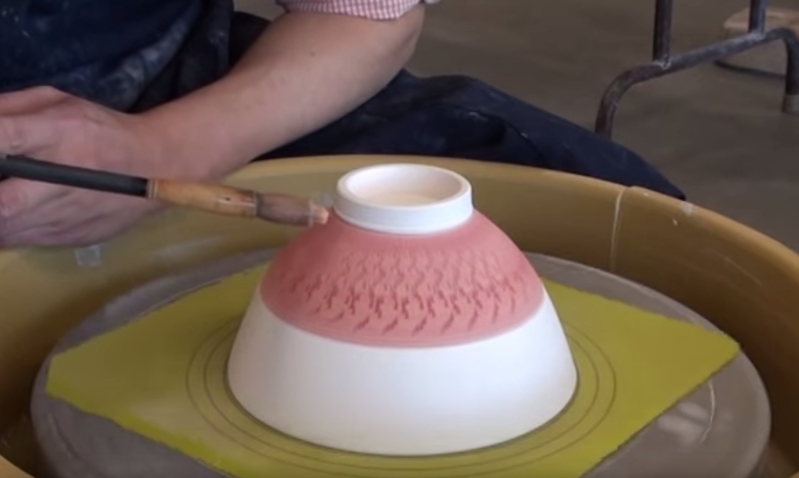 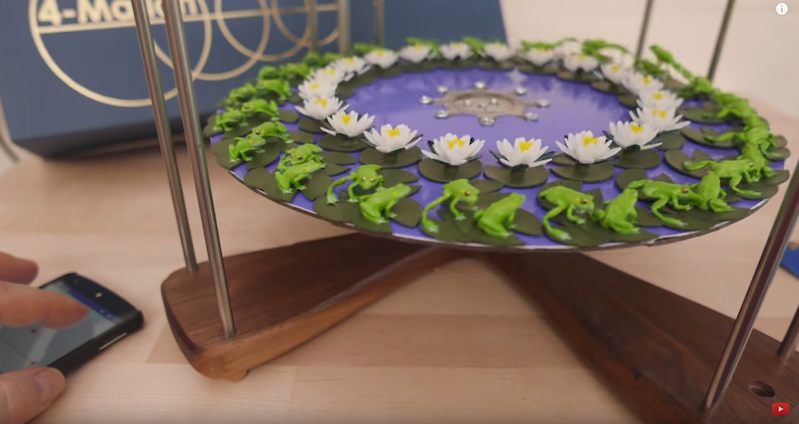 4-Mation is a product being developed by Kevin Holmes, Jonathan Scoon, and Charlie Round-Turner that features a spinner that accommodates different 3D-printed animations, like the leaping frogs above.

They also have this cute fish loop:

They plan to offer three models, from basic to deluxe:

4-Mation is a modular 3D Zoetrope kit that will be available in 3 models. It’s powered by 24 3Watt RGB LED strobes, precision timed by a microcontroller linked to an encoder motor. RPM(Strobe-rate), brightness, colour are all controlled from a phone app. The Android app (4-Mation) is already in the play store, iPhone app is in progress. Assemble the kit in about 1/2 hour then download and print one of our free animations – or design your own.Animations can be swapped in a minute.

They took it to a local school, where the response was tremendous:

Sign up at their site to find out when the crowdfunding campaign launches.

French food artist/animator Alexandre Dubosc has done it again. He's created another incredibly impressive zoetrope, this time with a cat theme (previously). It's called "Gâteau Gato" ("cat cake") and it is really quite a delight to watch. I'm not sure which I like better, the curling cookie tongues or the little white mice scurrying away. Fortunately, I don't have to decide.

Dubosc doesn't say how long the cake took to bake, assemble, and film on its "making of" page, but given how detailed the piece is, I'd say many, many hours. Read the rest

Watch this mesmerizing and magical zoetrope

Akinori Goto designed and 3D printed this magnificent zoetrope where it won awards at the recent Spiral Independent Creators Festival in Tokyo.

(via This Is Colossal) Read the rest 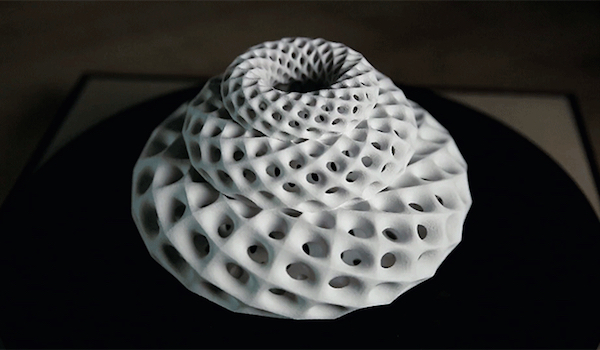 Designer John Edmark created printed sculptures that emulate the Fibonacci sequences in pine cones and sunflowers, then filmed them using a strobe that flashed on the golden angle, 137.5 degrees. Read the rest