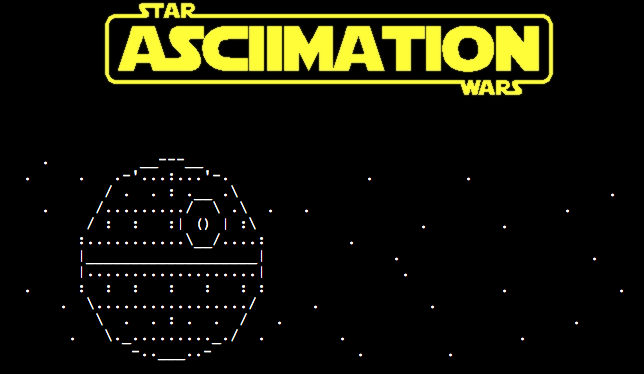 It was 1997 when Simon Jansen started his remake of the first Star Wars film -- Episode IV - A New Hope -- as an ASCII animation (or "asciimation," as he coined it). Read the rest 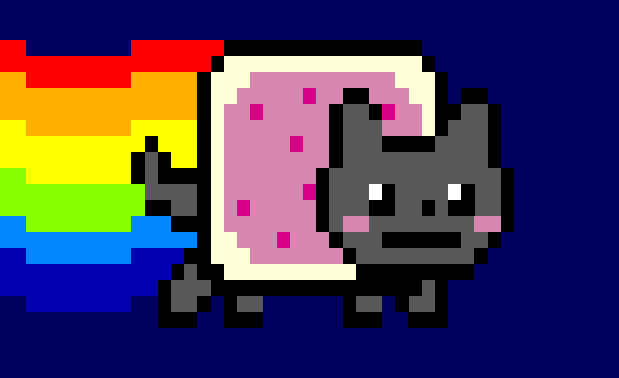 Ascii Cinema is a purely text-based way to record and view, well, text. Whether it's terminal sessions or gorgeous ASCII animations such as those created by MapSCII, this means you get crisp, copy/pastable 1:1 representations of the input and output in a form as easily embedded as a YouTube video.

Simple recording Record right where you work - in a terminal. To start just run asciinema rec, to finish hit Ctrl-D or type exit.

Copy & paste Any time you see a command you'd like to try in your own terminal just pause the player and copy-paste the content you want. It's just a text after all!

Embedding Easily embed an asciicast player in your blog post, project documentation page or in your conference talk slides.

Here are a few pretty examples: Read the rest 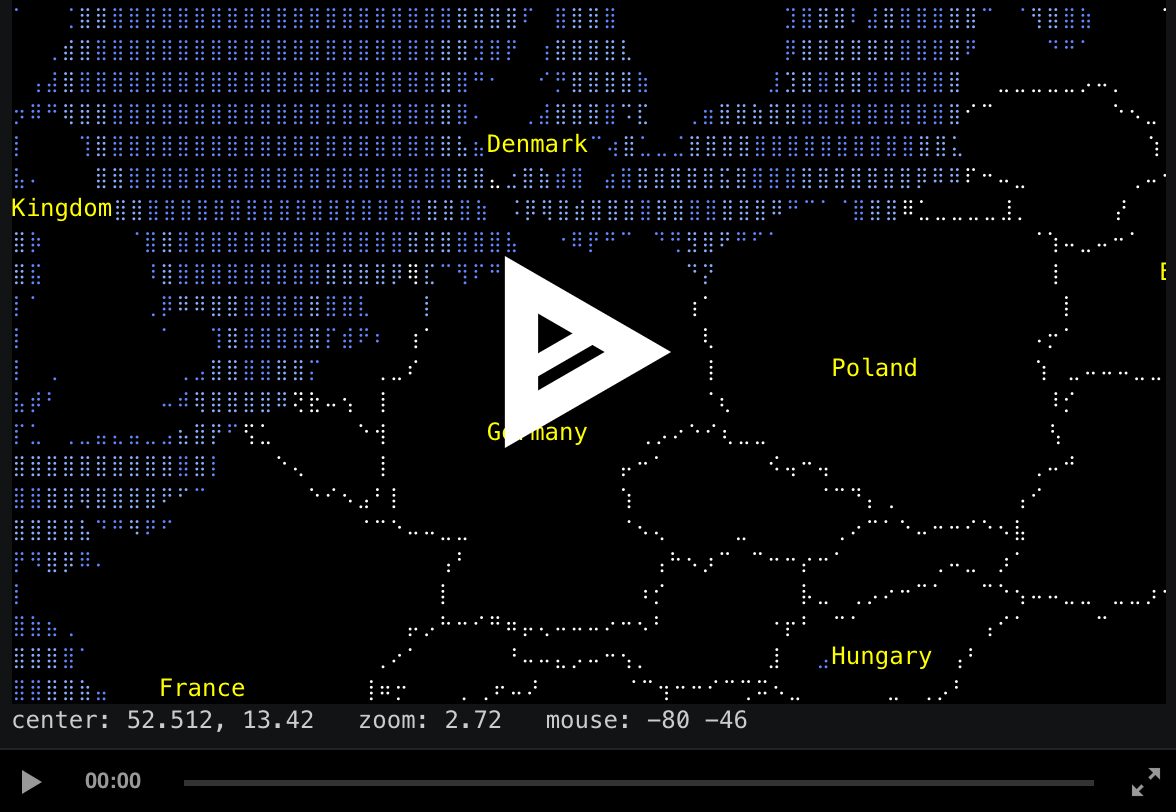 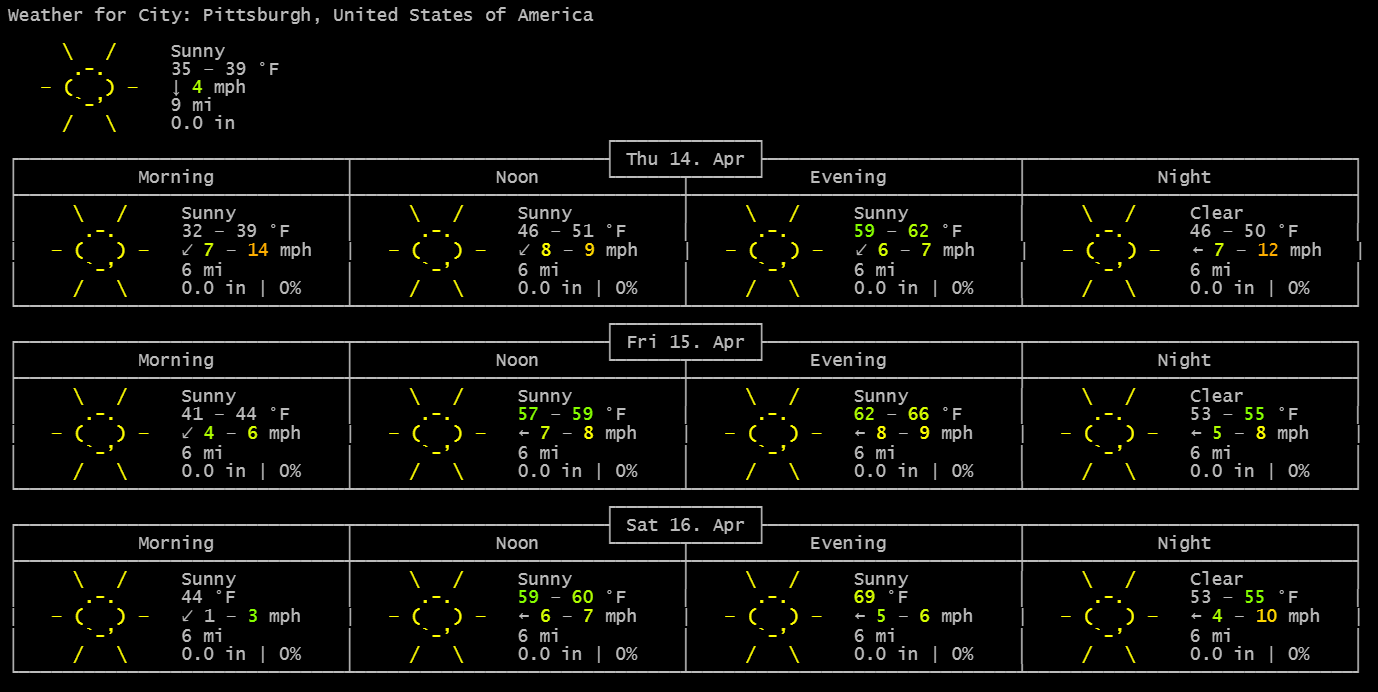 Igor Chubin's wttr.in shows the weather in non-proportional ASCII-art form. It's beautiful, clean and completely legible, unlike almost every modern weather service on the web. On my terminal (Windows, Chrome) the rendering of Lucida Sans Typewriter seems not quite perfect: a pixel too wide here and there. I think it's because of the unicode directional arrows for the wind, perhaps in combination with me browsing on Windows. Read the rest 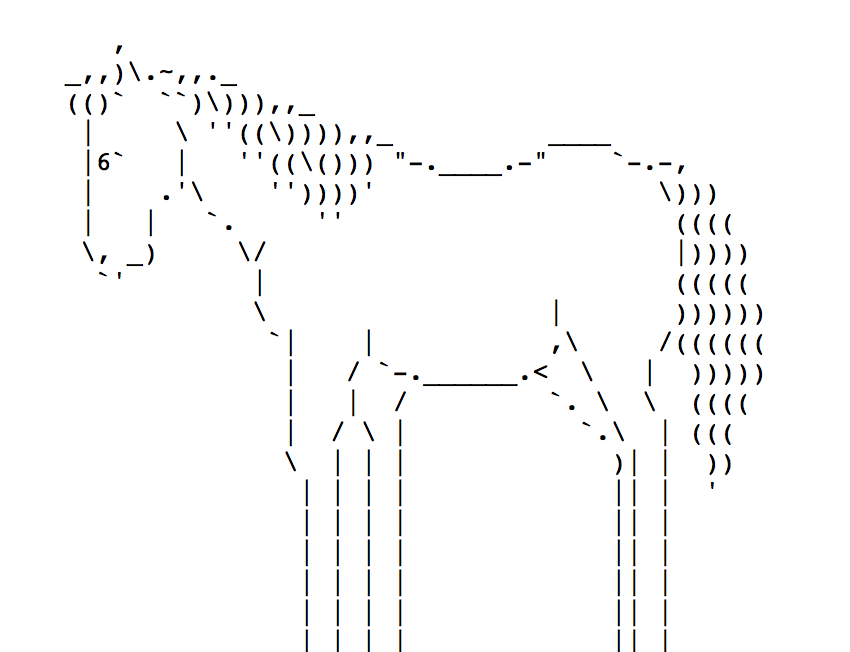 Behold! An ASCII horse without end. This is straight-up the best thing put on the internet so far this decade. It's by Colleen Josephson and emerged from The Stupid Hackathon. Read the rest

ASCII art and its precursors

Alexis Madrigal explores the history of typewritten images, from their present nadir in YouTube comments to Illustrated Phonographic World's 1893 efforts to prove the value of the medium.

The Reporter's Journal agreed with the Phonetic Journal about "the foolishness of attempting to make sketches by means of typewriters." Furthermore, the London publication continued, "Some of our American contemporaries indulge largely in facsimiles of this class of work, and this has tended to foster the absurd custom." Stung by the white glove, Illustrated Phonographic World set out to prove that typewriter sketches were indeed worthy of respect. "We believe that any endeavor which will cultivate painstaking and accuracy on the part of operators should be encouraged," they wrote. "The endeavor to excel in artistic typewriting unquestionable does this. The pen maketh the exact man; so will the typewriter, which is only the modern pen."

Becky Stern sez, "Many of you requested I make available a version of my <3 necklace, so here it is!"

New <3 Necklace, for sale this time