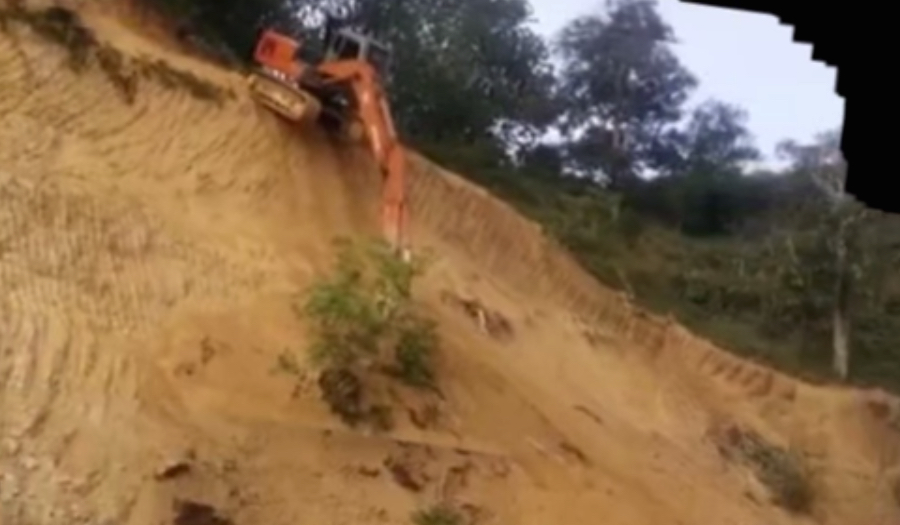 YouTuber YJSubs stabilized this crazy video of an excavator operator using the bucket to descend an unstable sandy embankment.

In the Chronicles of Riddick series, a shiner is an outlaw who has undergone eyeshine surgery to give them night vision. That same thing, incredibly, is happening in a garage in a small town in central California: Science for the Masses is a group of biohackers who have successfully tested a procedure giving its brave/foolish […]

The history (and future) of kid's chemistry sets

Sometime in the late 1980s or early 1990s, my mom bought me a chemistry set. I was in grade school, but I remember thinking it was pretty cool. I also remember being slightly disappointed (particularly after being told that I could only play with it in the garage) that there was nothing in there that […]

Karen sez, "Instructables user kazmataz has figured out how to freeze alcohol using liquid nitrogen, and made her own cocktail popsicles." CAREFULLY pour your liquid nitrogen into the container, making sure to not hit the top of your pops. You want enough LN2 to go about halfway up your pop molds. While that's continuing to […]

Gun ad: you can keep this one cocked under your pillow

Though slightly less extreme than the ad that suggested letting your kids play with your guns in bed, this 1913 Colt ad that advertisement makes hay out of the fact that they make the kind of piece you can "safely" keep under your pillow while sleeping is a bit on the weirdo/paranoid side. Colt (1913)

Geekdad has a bunch of tips for using the round power-cells from a dead laptop battery. These cells, called "18650s," look like AA batteries, but have very different characteristics. Your laptop battery will contain lots of these (I have a mongo long-lived Thinkpad battery that I use while travelling with nine cells), and if any […]

How To: Launch a cork rocket using an LED

OK, this should make up for the intestinal worm. In this video, you'll learn how to use an ultraviolet LED to kickstart a chemical reaction capable of sending a cork flying halfway across a lecture hall. It's a hazardous science demonstration! Hooray! Quick note: The sound quality gets a little sketchy at times. If you […]