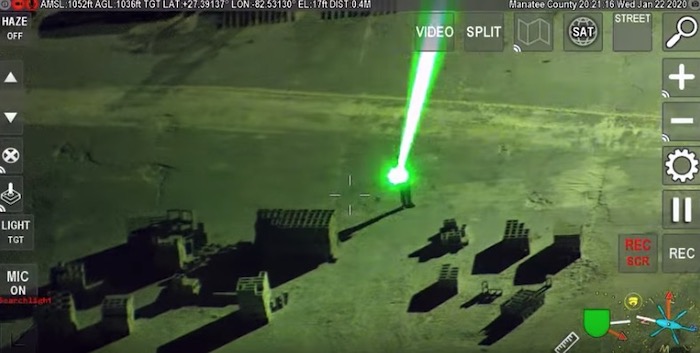 A Florida man was videotaped shining a green laser pointer at a police helicopter and futilely throwing rocks at it before he was apprehended and arrested on multiple charges. According to Fox News, Charlie James Chapman Jr (41) is alleged to have "temporarily blinded one of the pilots."

From the Sheriff's report:

At approximately 7:41 pm on 1/22 deputies responded to US 301/University in reference to a laser being pointed at planes making their approach to land at Sarasota Bradenton Airport. While the MCSO Aviation Unit was attempting to locate the suspect, he also used laser on them. Aviation located the suspect on a forklift at the listed address and directed deputies on the ground to surround the suspect, who was later identified as Charlie James Chapman Jr.

After making contact with Chapman, he grabbed a hammer and made a striking motion towards the deputies. An ECD (Taser) was deployed and took Chapman to the ground. A laser pointer was located in Chapman’s right pants pocket. He was transported to Lakewood Ranch Medical Center, where he was cleared and later transported to the Manatee County Jail.

It was later learned that Chapman shot his laser pointer on a fixed wing plane four times and one time at the MCSO helicopter. One of the pilots of the plane advised that the laser hit him directly in the eyes, causing temporary blindness. The pilot stated he was still felt his eye sight was blurry from the laser. 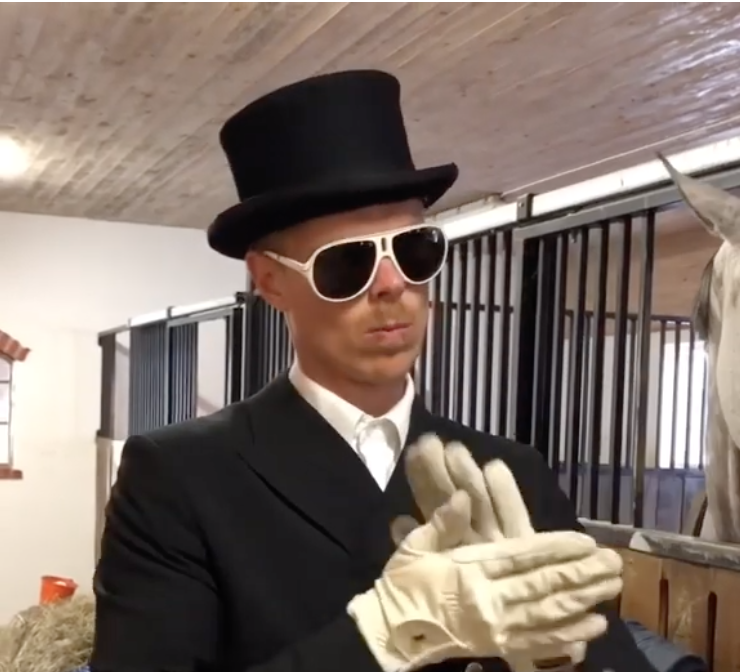 (Thanks, Scot!) Read the rest