How to electrify your skateboard with a power drill

Illustrator is drawing every item in his late grandfather's tool shed 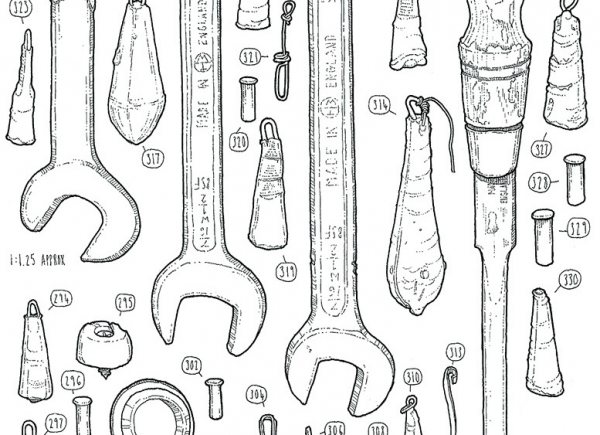 Artist Lee John Phillips has begun to lovingly draw the over 100,000 items housed in his late grandfather's toolshed. He plans to catalog every single tool, part, gadget, and bit of hardware over the course of the next five years.

I adore old tools and hardware, and I find that his illustration style is wonderful at capturing their essence. I'll be following along on his Instagram page, and would certainly purchase a print edition should he make one available (hint, hint).

Artist Celebrates Late Grandfather by Drawing the 100,000+ Items in His Tool Shed (Thanks, Oh Soon!) Read the rest

Click your Bluetooth heels three times to call an Uber

iStrategy Labs' Dorothy is a mobile app and Bluetooth-based switch (called the Ruby) that slips into your shoe. Click your heels together three times and it triggers an action on your smartphone like calling an Uber. Read the rest