Italian island "hermit" may get evicted 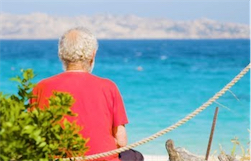 More than 30 years ago, Mauro Morandi was attempting to sail from Italy to Polynesia when he ended up on Budelli, a small private island off Sardinia. Morandi, now 81, never left and eventually became the island's official caretaker. Above is a Great Big Story about Morandi from two years ago. Soon though, Morandi may get the boot. La Maddalena's National Park, owner of the island since 2015, plans to renovate Morandi's shack into an environmental observatory. From CNN:

"Our priority is to intervene against all illegal constructions inside the park, including Mauro's hut, a former World War II radio station which has undergone modifications which aren't in accordance with the rules. We need to set the example, protect our environment by first restoring this illegal structure ,and then move on with a new project which will likely be a scientific center for the spreading of environmental awareness," La Maddalena Park president Fabrizio Fonnesu tells CNN in Italian.[...]

"Nobody wants to chase him away, but what title does he have to stay since the island is no longer private?," says Fonnesu. "If in future there is the need to have a caretaker, we could reconsider his position, but when the works will start he must leave." [...]

Morandi, meanwhile, says that although the mere thought of leaving hurts him, he's more worried about the fate of the "pink atoll," so-called because of the rosy hue of its unique coral sand beach.

"Just the other day I chased away two tourists who were trespassing on the off-limits pink beach," he says.

Enjoy this weird newsletter/blog about all the exotic Pacific islands you will never visit. 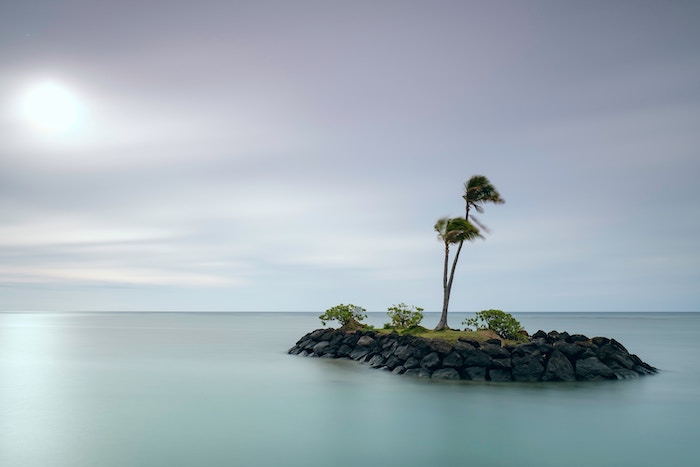 Kevin Kelly alerted me that Jamis MacNiven, owner of Buck's, the "famous and famously weird, restaurant in Woodside at the end of Sand Hill Road," has shut down the restaurant because of Covid-19. "Instead," says Kevin, "he is doing this weird newsletter/blog about all the exotic Pacific islands you will never visit." Read the rest 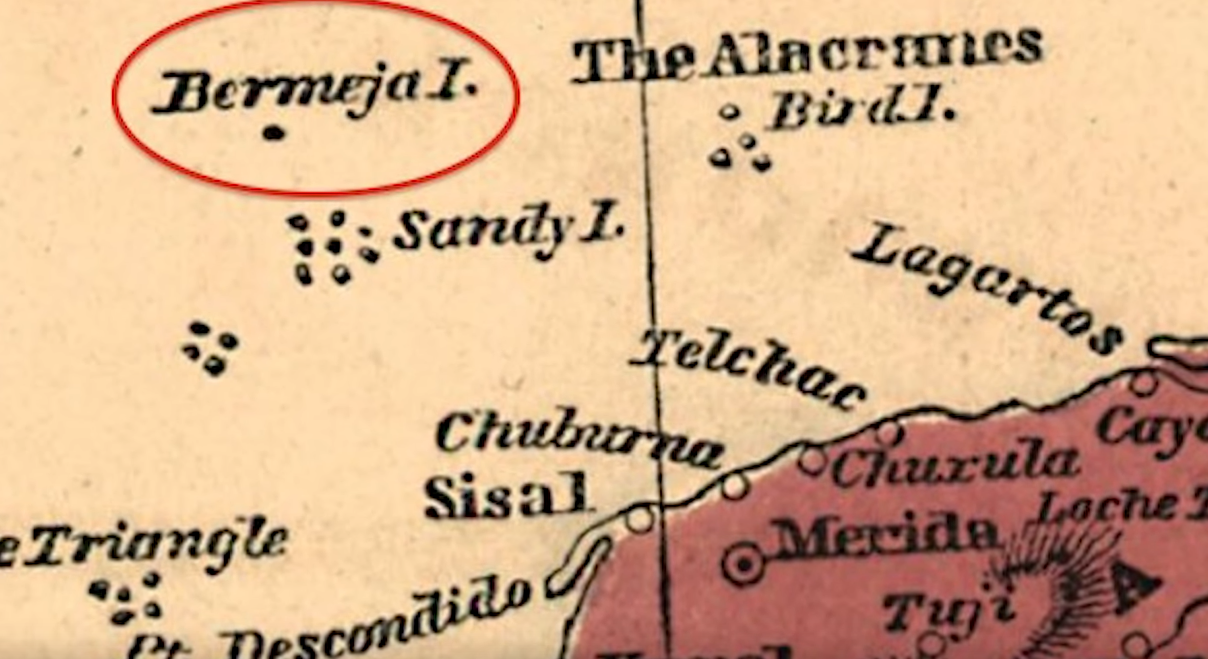 Mont Saint Michel is a 257-acre tidal island on the French coast, hosting a monastery (later used as a prison) and a medieval town. Wanaii films posted this beautiful drone footage of it.

The structural composition of the town exemplifies the feudal society that constructed it: on top, God, the abbey and monastery; below, the great halls; then stores and housing; and at the bottom, outside the walls, houses for fishermen and farmers.

St. Michaels' Mount is its historical counterpart, a 50-acre tidal island on the English coast that was gifted to the French monastery in medieval times, but eventually lost by it. Less heavily fortified and built-up, it offers its own mystique but, sadly, no restaurants. It served as Castle Dracula in the 1979 movie. Here's a drone exploration of it posted by Joshua Paul Gardner. 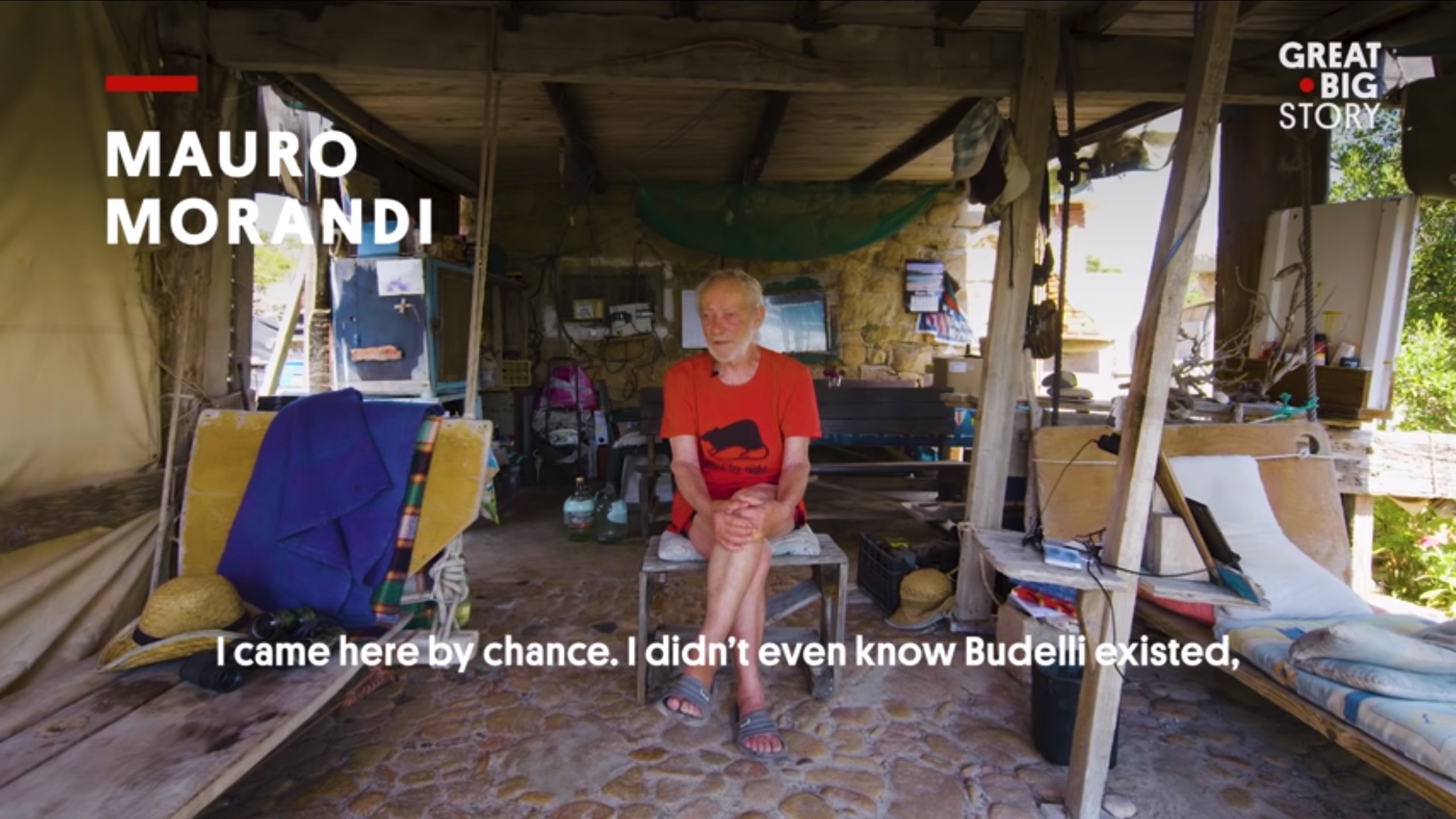 Mauro Morandi has been the sole inhabitant of Budelli Island in Italy since 1989. Great Big Story went to pay him a visit.

In 1989, Mauro Morandi’s boat docked on Budelli Island off the northern coast of Sardinia, Italy. Discovering that the island’s caretaker was retiring within the next two days, Mauro decided to extend his stay indefinitely and step into the role himself. Little did he know that, nearly 30 years later, he would still be there. Mauro has built a small, simple life for himself on the island, collecting rain for drinking water, and building solar panels for electricity. Living alone, his love for his island paradise runs deep, and he hopes to stay as long as his health allows it. 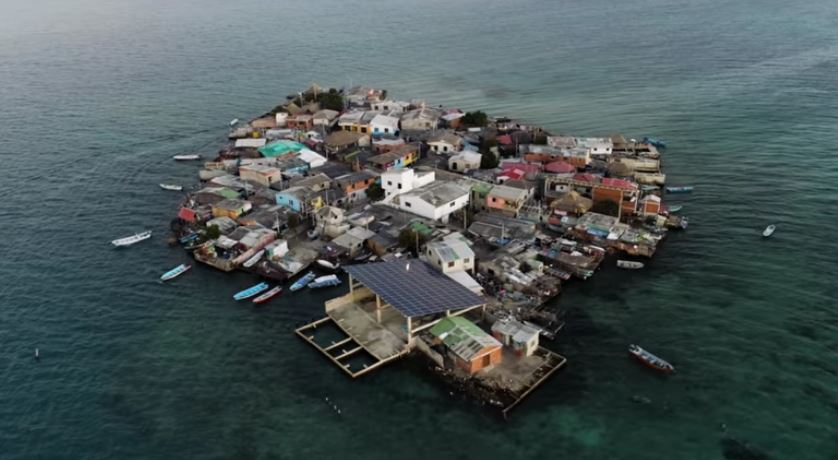 1200 residents, two shops, a restaurant, a school, and no cops: Santa Cruz del Islote is the world's most crowded island.

Two hours off the coast of Colombia is a small island home to over 1,200 people. As the entirety of Santa Cruz del Islote only spans the length of two soccer fields, residents live in close quarters, making the island four times as dense as the borough of Manhattan. Despite the circumstances, the community makes the most of their limited surface area, packing in a school, two shops and one restaurant. Only 150 years ago, the island was uninhabited; today, generations of families are proud to call Santa Cruz del Islote home.

The much smaller Ilet a Brouee is more densely populated, as is at least one of the high-rise tower-packed island neighborhoods in Hong Kong. Part of Santa Cruz de Islote's magic is that it feels like you could have fun exploring it, that it would have mysteries and stories. Read the rest

U Thant, a tiny man-made island you're not supposed to visit 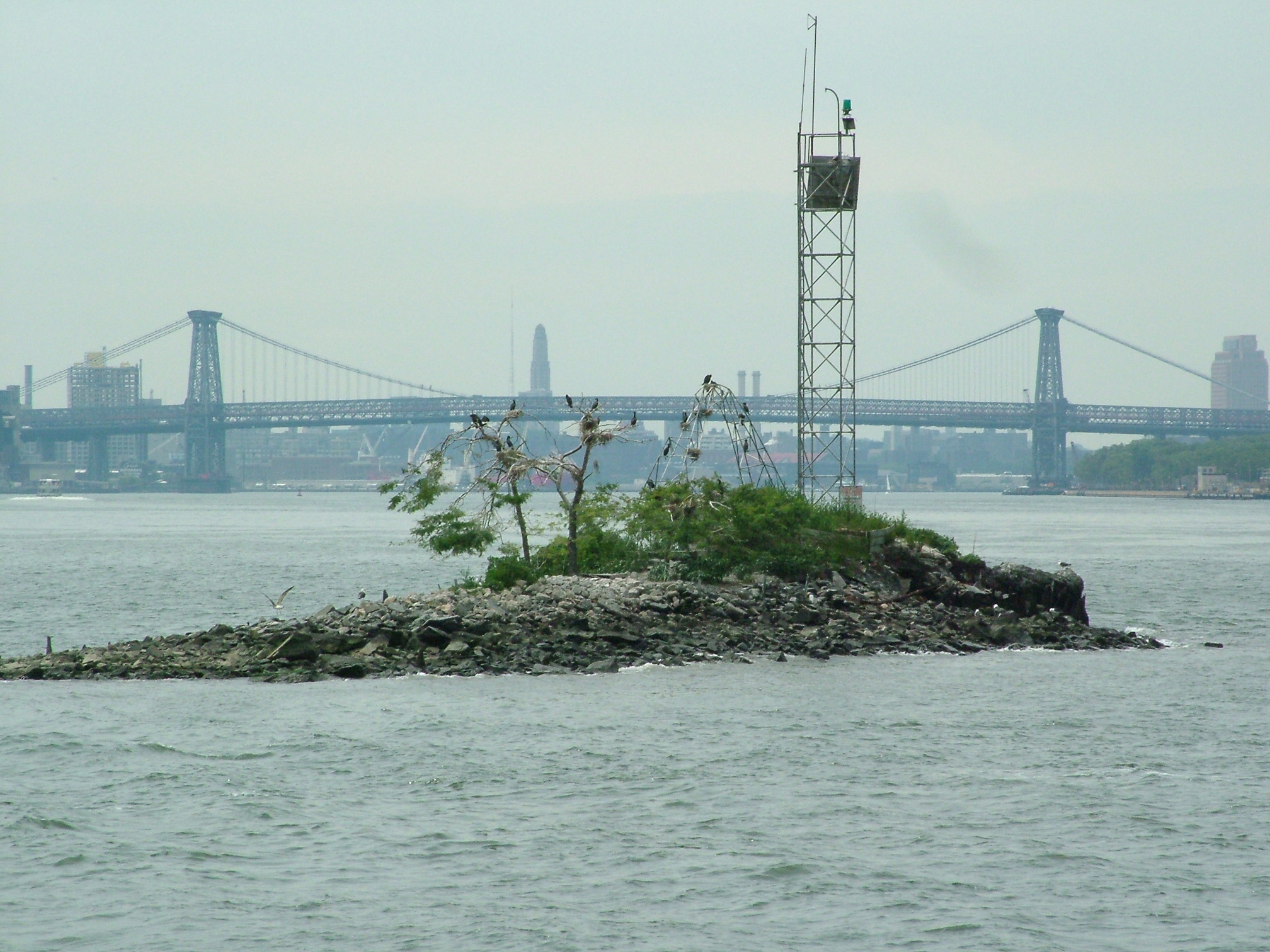 U Thant, or Belmont, is a tiny artificial island in the East river made from the detritus drilled out for the 7 train's tunnel. Leased to a religious sect since the 1970s, it was designated a bird sanctuary in the 2000s after a protestor occupied it and declared it a micronation. Since then, no humans, please. [via Metafilter; Photo: Pacific Coast Highway] Read the rest

A mile-long island emerged from the sea 100 yards out from Cape Hatteras.

Since being discovered, countless visitors and locals have made the trek to see if the weeks of rumors about the island’s existence – as well as the stories that it’s a haven for shells – are true.

The answer to both questions appears to be yes.

I superimposed the equivalent view from Google Earth, over Chad Koczera's photo, in the GIF above. Read the rest

I've been work-cationing in Hawaii for the past week, meeting lots of interesting people and experiencing so many amazing places around the islands. One of the interesting people I've met here is David Chatsuthiphan, a photographer who runs Unreal Hawaii, a great blog about outdoor adventure and outdoor lifestyle in Hawaii. Check out this dazzling photo-essay he shot about one of many hikes you can take here on Oahu, at a spot where rocky cliffs meet the sea and form interesting sea arches and swirling blue pools.

Pacific island does not exist

Sandy Island, a 20-mile strip of land in the Pacific between Australia and New Caledonia, easily found on Google Maps and many other charts, does not exist. The ocean at that point is in fact 4,620ft deep.

That's what they're saying, anyway. Read the rest

This is a detail from one of the regularly updated maps that researchers in Antarctica use when they want to leave McMurdo Station and travel across the continent's sea ice. It shows the well-traveled routes across McMurdo Sound, ice thickness measurements taken at various points along the road, and hazards like large cracks in the ice.

Towards the north end of the Sound, you can see an island labeled, "Inaccessible Island". I asked Henry Kaiser — a musician and filmmaker who has spent the last decade working with scientists on the frozen continent — about why that island was inaccessible. After all, I didn't see any major cracks or hazards around it. Seems like you could traverse the ice to the island just fine.

Turns out, I was misunderstanding. Inaccessible isn't a designation. Inaccessible is the island's official name. Even though it's not. Inaccessible, I mean. Named by Robert Scott, it's part of a chain of islands that all represent the remains of an ancient volcanic crater. The name apparently comes from the fact that Inaccessible Island is incredibly steep, so while you can reach it, getting onto the damn thing seems to be a lot harder.

Tofugu has a short article on this unusual and beautiful Japanese island: Aogashima.

Aogashima (“blue island”) is a tropical, volcanic island in the Phillipine Sea. Despite being over 200 miles away from the country’s capital, Aogashima is governed by Tokyo. In fact, a whole stretch of tropical and sometimes uninhabited islands called the Izu Islands are technically part of Tokyo. Volcanic islands? Not typically what comes to mind when you think of Tokyo.

As you might imagine, Aogashima isn’t the most crowded place in the world. As of this year, only about 200 people live on Aogashima. The island only has one post office and one school.

There are two ways on and off the island: by helicopter or by boat. There’s only one, small harbor where the boats go in an out of, and it seems to be a little unreliable. Because Aogashima is so remote and isolated, it can sometimes be hard to get a boat to or from the island safely.

A fellow named Izuyan has been traveling to isolated islands of Japan and taking excellent photos. Here's his Flickr set for Aogashima.