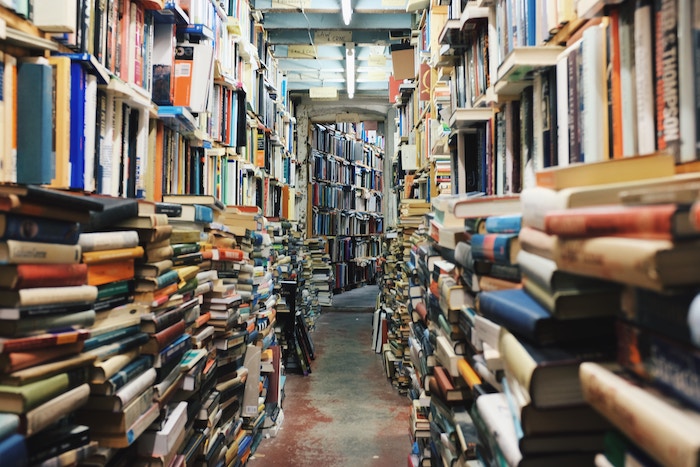 Have you ever wanted to find a book, but you don't know the title? This video and article from Make Use Of has some ideas that could help. Suggestions include using Google Book Search, BookFinder,  WorldCat, The Library of Congress, and Ask a Librarian.

Schools with makerspaces rule. This librarian tells you how build them.

Renowned expert on makerspaces in school libraries, Laura Fleming, has written a great post about her experience embracing serendipity with curious students. In her class, she passed out some brain-computer-interface gadgets and let kids come up with their own applications. The results were surprising. One student is developing his own technology to help an autistic sibling communicate better.

Fleming's book comes out this month, called Best Practices for Establishing a Makerspace for Your School. It sounds a little too educator-focused for me, but it's likely a must-have for anyone involved in high-school STEM.

My favorite passage in Fleming's post is about the role of serendipity in making, and seems to get at a lightening-in-a-bottle quality that fires all good invention:

Serendipity is quickly becoming an important component in establishing a vibrant maker culture. As creative producers, students can take an experimental path to solving problems or creating things [without] an imposed curriculum or the pressure of satisfying someone else’s preconceived objectives, but instead influenced by personal goals and interests.

At Neatorama, librarian John Farrier helpfully points out some places where fictional pony librarian Twilight Sparkle could stand to improve her professional practice. It is simultaneously a dedicated bit of pony fandom and an interesting overview of the many responsibilities of a real-world librarian.

Conducting a reference interview is the act of translating a patron’s request into terms that are congruent with the library’s resources. It may surprise non-librarians to learn this, but yes: reference interviewing is a skill. And it is one that Twilight should develop.

A good reference interview begins with the librarian conducting him/herself in a manner that is welcoming. Helping the patron is the first priority of a librarian working the reference desk. The patron is not a distraction or an annoyance. In the first reference interview in the series, Twilight interacts with her patron, Rainbow Dash. “Can I help you?” is a good beginning. But her tone and body language suggests that she would rather not.

... Twilight has some good reference interviewing sense. One pitfall that rookie librarians fall into is to give professional advice instead of information—especially medical and legal advice. In “Cutie Pox,” Applejack and Applebloom visit the library and asking for medical advice. Twilight, aware that doing so could expose the library and herself to liability, deftly avoids doing so and refers Applejack and Applebloom to Zecora, a qualified medical professional.

Folks from the American Library Association are launching a member interest group called Library Boing Boing, and we're delighted to give our blessing. From Jenny Levine's announcement, at the ALA's Marginalia site:

On the other hand, Library Boing Boing: The Group has its own goals to help happy mutants in local communities connect with their happy mutant librarians to do good, work together on our shared interests, and make the world more better.

Once they're up and running, we'll be publishing regular updates on the group's activities and plans, as well as any events and programs that you can attend or support. For ALA members. the first step would be to sign the ALA member petition to formally establish the Library Boing Boing Member Interest Group; everyone else, watch this space.