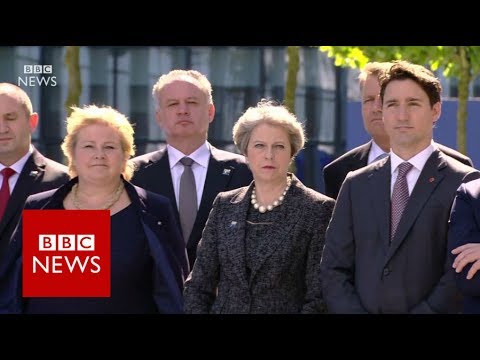 Trump has been demanding that NATO member states who have funded their militaries below agreed upon rates "pay up." The leaders of those nations almost unanimously look like they could care less about what Orange Julius has to say.

The world could use less military spending. Read the rest

UPDATE, 4pm PT: Reports from Chicago of police attacking protesters and journalists, chemical weapons being readied for use, and possibile imminent "weaponized" use of LRAD.

In this post, embeds for some of the known live independent web video streams covering the NATO protests in Chicago today. Community Media Workshop has an even longer list of livestream feeds here. Read the rest