Voice actor pranks scammer by pretending to be voice mail 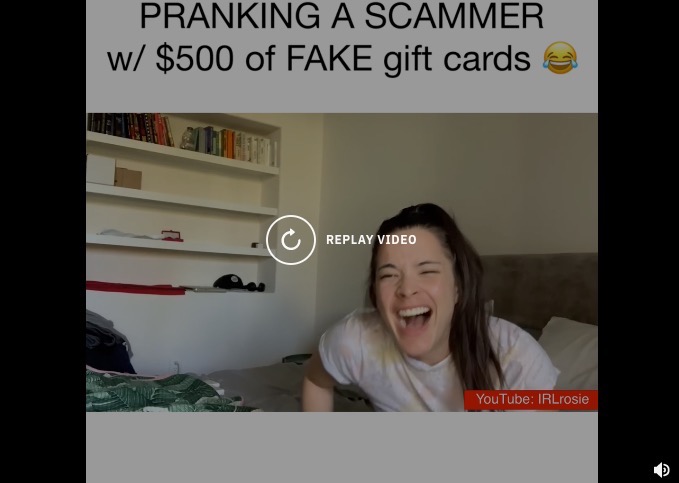 I’m a voice actor, messing with Scammers again! 😂😂😂 from r/funny

Jim Browning (previously at Boing Boing) turned the tables on another scamming outfit. But this isn't just a video showing a savvy user wasting a scammer's time: he gained access to the criminals' computers and even their office CCTV system. The result is incredible footage of them at work, trying to scam Jim while he records them with their own security setup. Jim also downloaded 70,000 recordings of scam calls archived by the outfit.

When a scammer connected to my PC, I was able to reverse their connection and discover that they had CCTV. You're going to see the most detailed exposé of a tech support scam ever seen on YouTube. The company were called Faremart.com - A travel agency in Delhi who use their buildings and VOIP telephony to run various scams. They are one of hundreds of scam call centres in India and this one group will make over $3 million per year with scams.

Browning shared his work with the BBC, which made a documentary based on it -- the trailer is embedded below. The BBC claims what Browning did was illegal hacking. Given that the scammers demanded he access their network in hopes of victimizing him through that connection, I think the BBC could do a better job of explaining the legal basis of that claim and especially the likelihood of Browning being prosecuted. 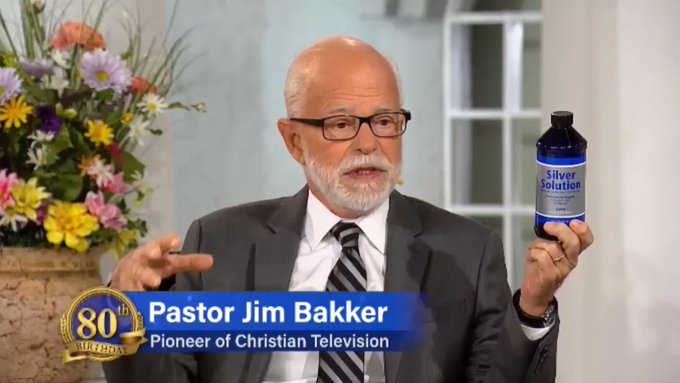 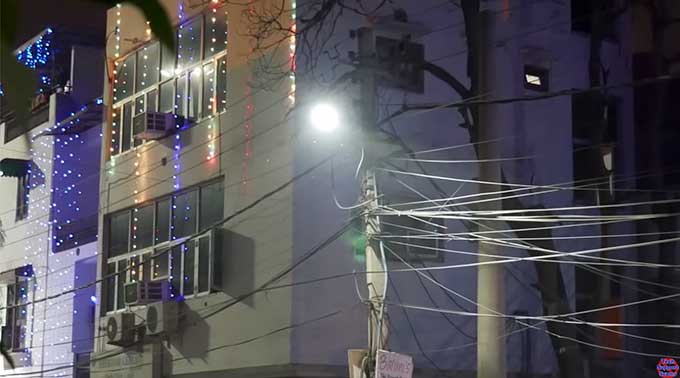 Jim Browning runs a YouTube channel dedicated to busting fake PC support scam centers. In this episode Browning shows how he and a partner managed to bring down a call center in Dehli. Read the rest 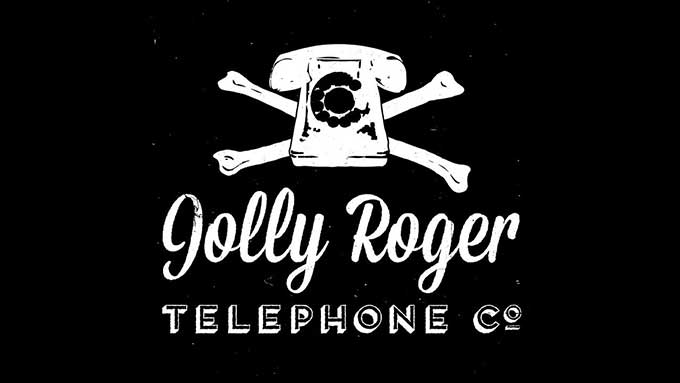 You are probably familiar with the tech support scam. You get a call from someone (usually from a call center in India) pretending to be from Apple or Microsoft. They tell you they have noticed a problem with your computer and ask you to open a web site that gives them remote access to your computer. Once they do that, they get you to log into your bank account so they can rob you blind.

Here's one such scammer who thinks he's talking to a woman, but he's really talking to a bot programmed to act like a harried mother. The scammer quickly becomes frustrated, and at the 2:20 point he starts to become sexually abusive. Of course, the bot doesn't react as he expects, which frustrates him even more. In the end, the bot wastes 10 minutes of the scammer's time. 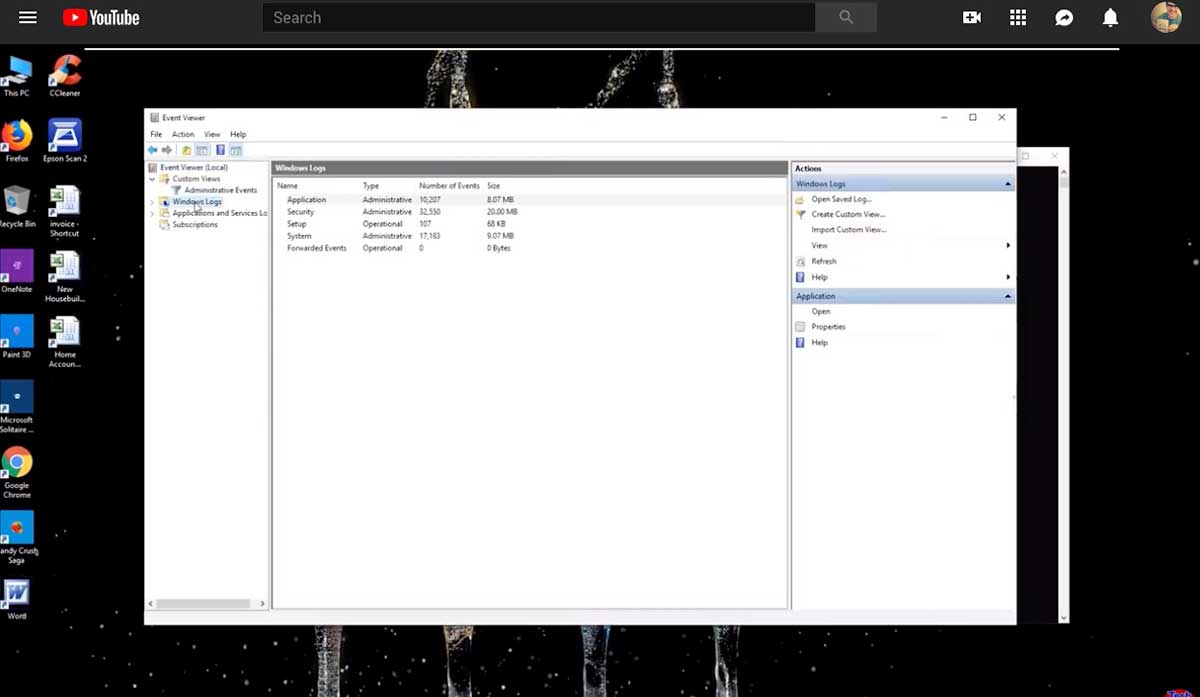 In this highly satisfying video, Jim Browning received a fake invoice for a $3800 laptop. He ended up getting a lot of personal information about the scammer and was able to scare the hell of him. 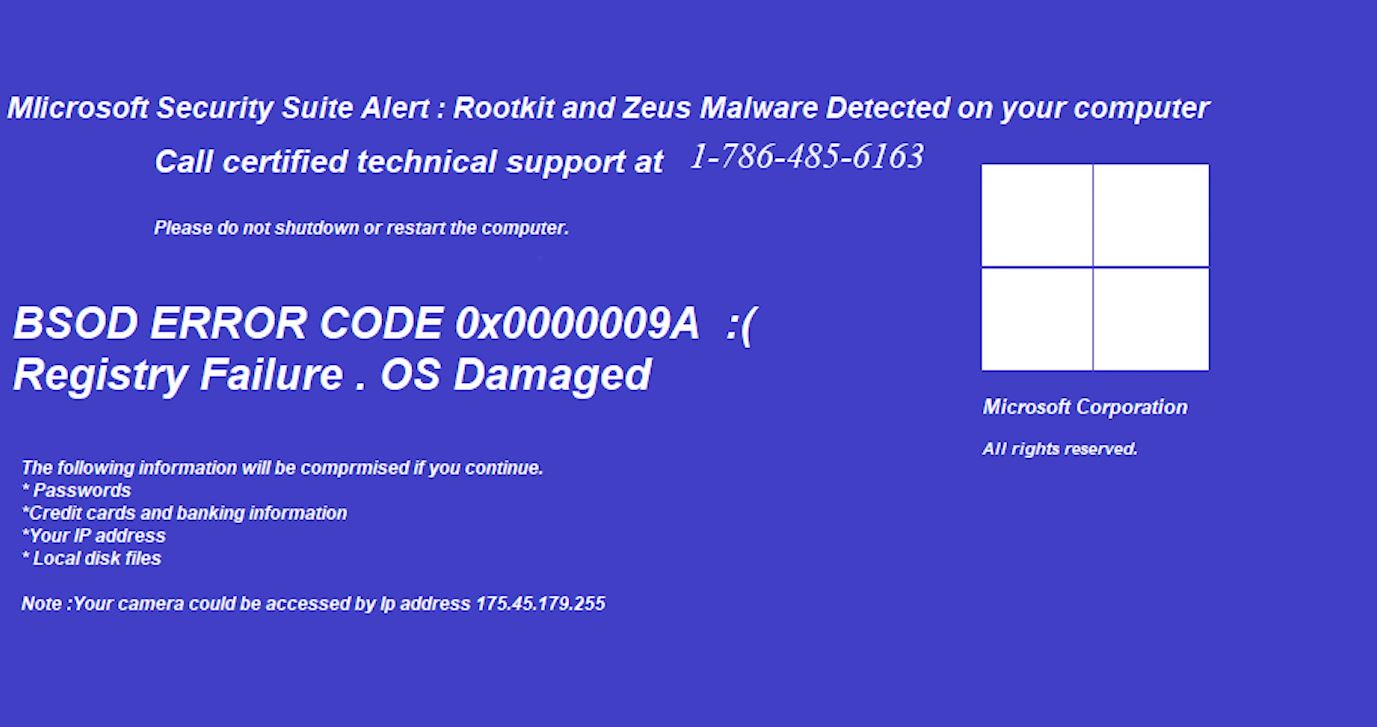 In this video, Jim Browning (previously at BB) calls back a tech support scammer, knowing what not to do and what to say to lure them into making revealing mistakes. Browning also appears to be a gifted hacker, presumably knowing of security flaws in the remote desktop software that scammers tend to use, giving him free rein on their machines. He's quite willing to expose the details, call them in person and mess up their operations -- I laughed like a drain when he got into the scammer's PayPal and started issuing refunds to victims.

I got an 'invoice' email telling me that I had paid for a $3800 laptop. No links... just a phone number. It's a real shame that these scammers emailed me because I was able to find out exactly who they were and where the were. Enjoy! I have had to blur certain portions of his video because of YouTube's privacy policy (yes, even scammers can lodge a privacy complaint), but if you're a $3+ Patron of mine, you can see the unblurred version on this platform. I have also created an unblurred version on D.Tube here: TBA... it's uploading :) Catch me on Twitter: https://twitter.com/JimBrowning11 @JimBrowing11 A note to YouTube: The unblurred information is publicly available already e.g. https://www.zaubacorp.com/company/COM... If can possibly sponsor me, this is my Patreon link: https://www.patreon.com/JimBrowning If you can sponsor a one-off, this is my PayPal link: https://paypal.me/JimBrowningYT Many thanks if you can support me!

The video is amazing: when he calls the scammers directly, tells them their real names and home addresses, and puts it all to them, it's like one of those unsettlingly calm Liam Neeson revenge calls from the movies. Read the rest 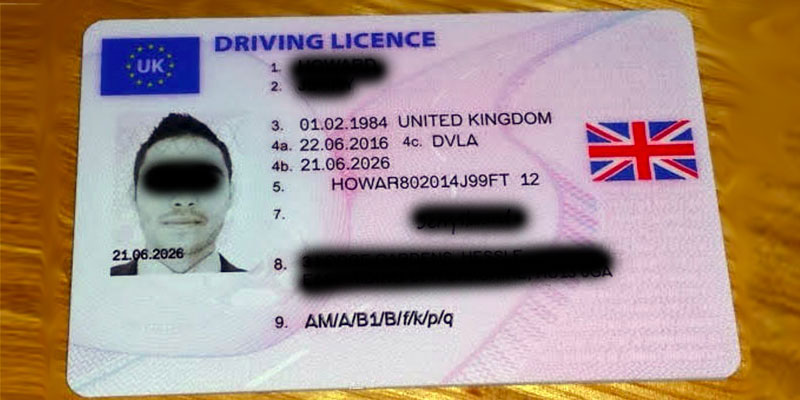 Ryan Kulp teaches an online course that costs $2,100. Someone paid for the course, copied all the materials and offered them for sale on his own website, then demanded that Kulp refund  the $2,100 he gave Kulp to get access to the materials. Kulp didn't take kindly to this so he plotted his revenge. He wrote this article about what transpired. Read the rest 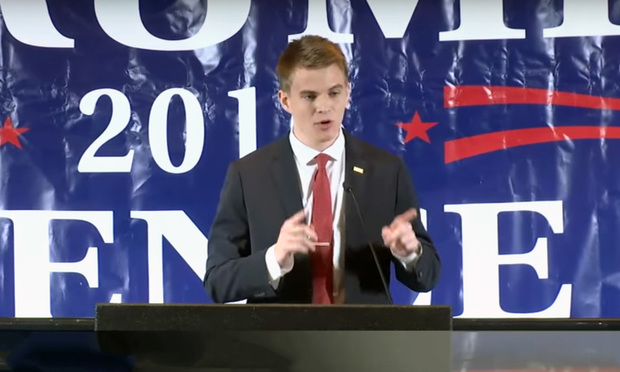 Oh, and by the way: he was also the co-founder of Students for Trump. Read the rest 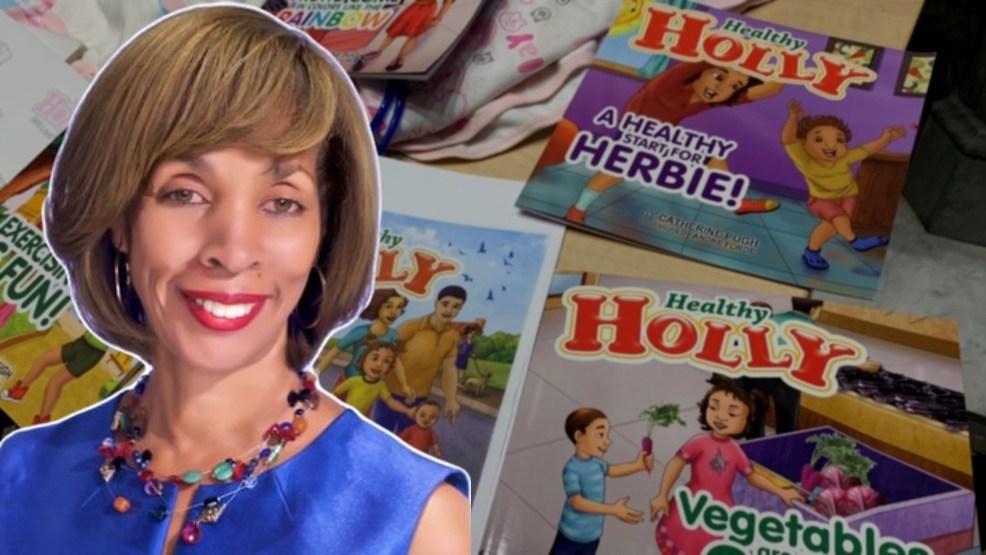 How tourist are scammed into paying double in Prague 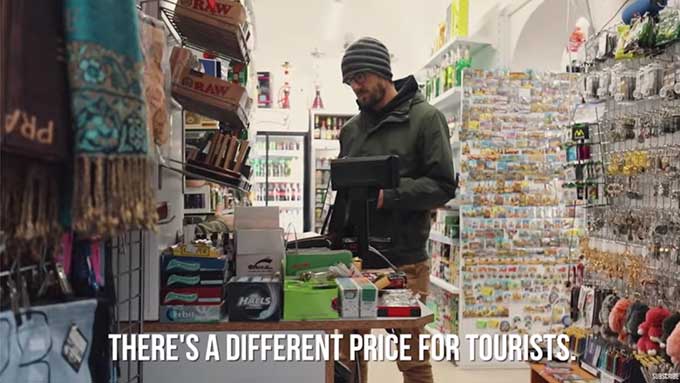 The host of Honest Guide conducted a sting operation against crooked convenience store employees who double the price of items, like food and water, for tourists. He recommends steering clear of stores that don't have price tags on the products. Read the rest 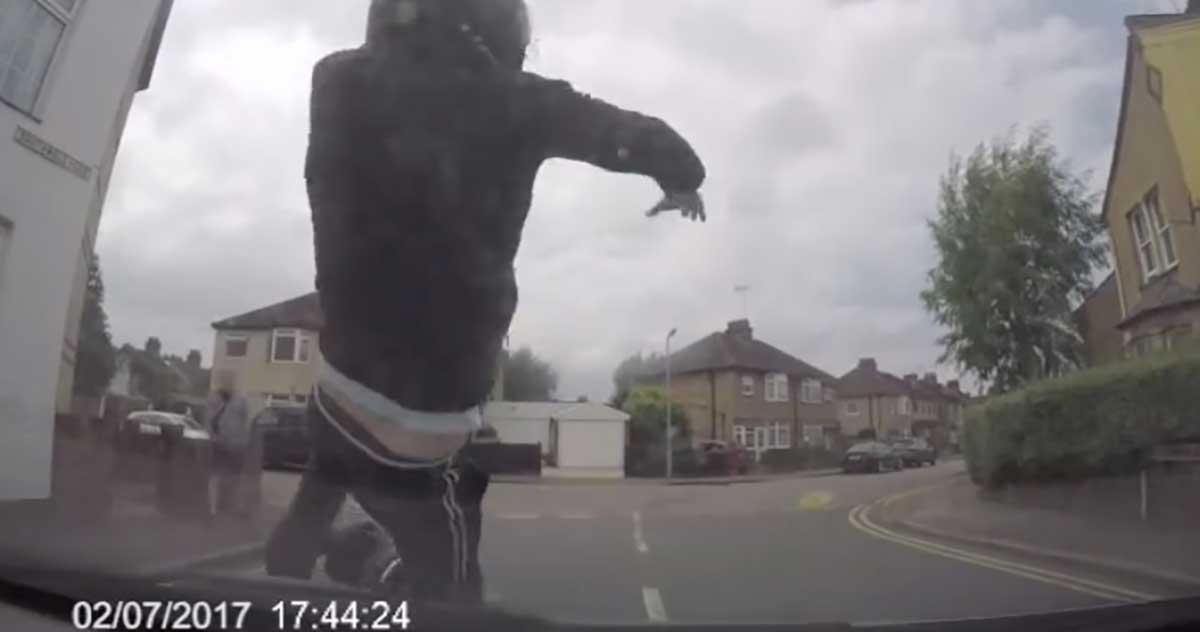 Two gentleman in the UK attempted to pull a fake collision scam on a driver by backing a scooter into her car. When the car driver told the scooterist and his "witness" that she'd recorded everything on her dashcam, the "injured" scooterist, who made a good show of being crippled, recovered instantly and both he and his accomplice made a hasty exit. I just wish she would have waited to say something about the dashcam until after the police arrived. Read the rest

It's gross that Apple allows these kinds of apps in its store. My daughter was tricked by similar jerks and I had a hard time getting Apple to refund the $50 she accidentally spent. Read the rest

#Elsagate: a subreddit that's sleuthing out the weird videos of Youtube Kids

Last month, James "New Aesthetic" Bridle published an influential essay exploring the prolific and disturbing video-spam that had come to dominate Youtube Kids, in which seemingly algorithmically generated videos endlessly recombined a handful of Disney characters and assorted others engaged in violent, abusive and even psychosexual conduct, over a soundtrack of a few repeated public-domain kids' songs, with all sorts of trickery designed to uprank them in Youtube's play-next, recommendation and search results -- keyword stuffing, duration-stretching and more. Read the rest 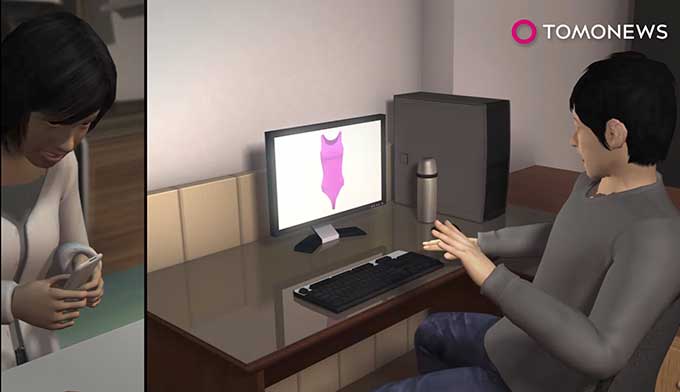 The 30-year-old fire chief at a fire station in the Tokyo city of Hachioji was arrested for defrauding a woman into giving him three of her used swimsuits. Takumi Murakami told the woman via Facebook, "Do you have any athletic swimsuits that you are not using? I'm collecting swimsuits for swim teams in foreign countries that can't afford to buy their own, so I'd be very grateful if you could help me."

Police arrested Murakami on charges of fraud. He has admitted to the charges saying "I wanted to make some extra spending money." He has also admitted to having done this before a number of times.