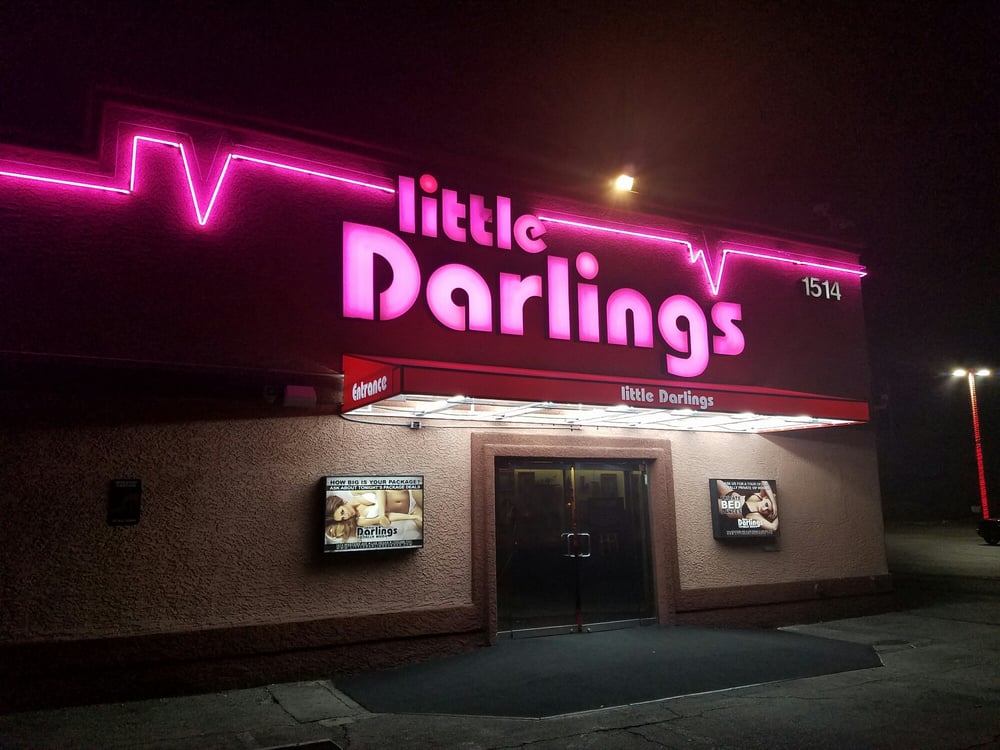 Little Darlings strip club will begin offering drive-through strip shows for those who want to indulge in some adult entertainment, but do not want to enter the building, as the Centers for Disease Control and Prevention is recommending people keep 6 feet in distance between themselves and others.

“We’re going to offer drive-up window strip shows,” said Ryan Carlson, director of operations for Little Darlings. “Guests can drive up to the front door and we’re going to have dancers separate by the 6-foot separation rule and they can enjoy a totally nude show right from the seat of their car.” Read the rest 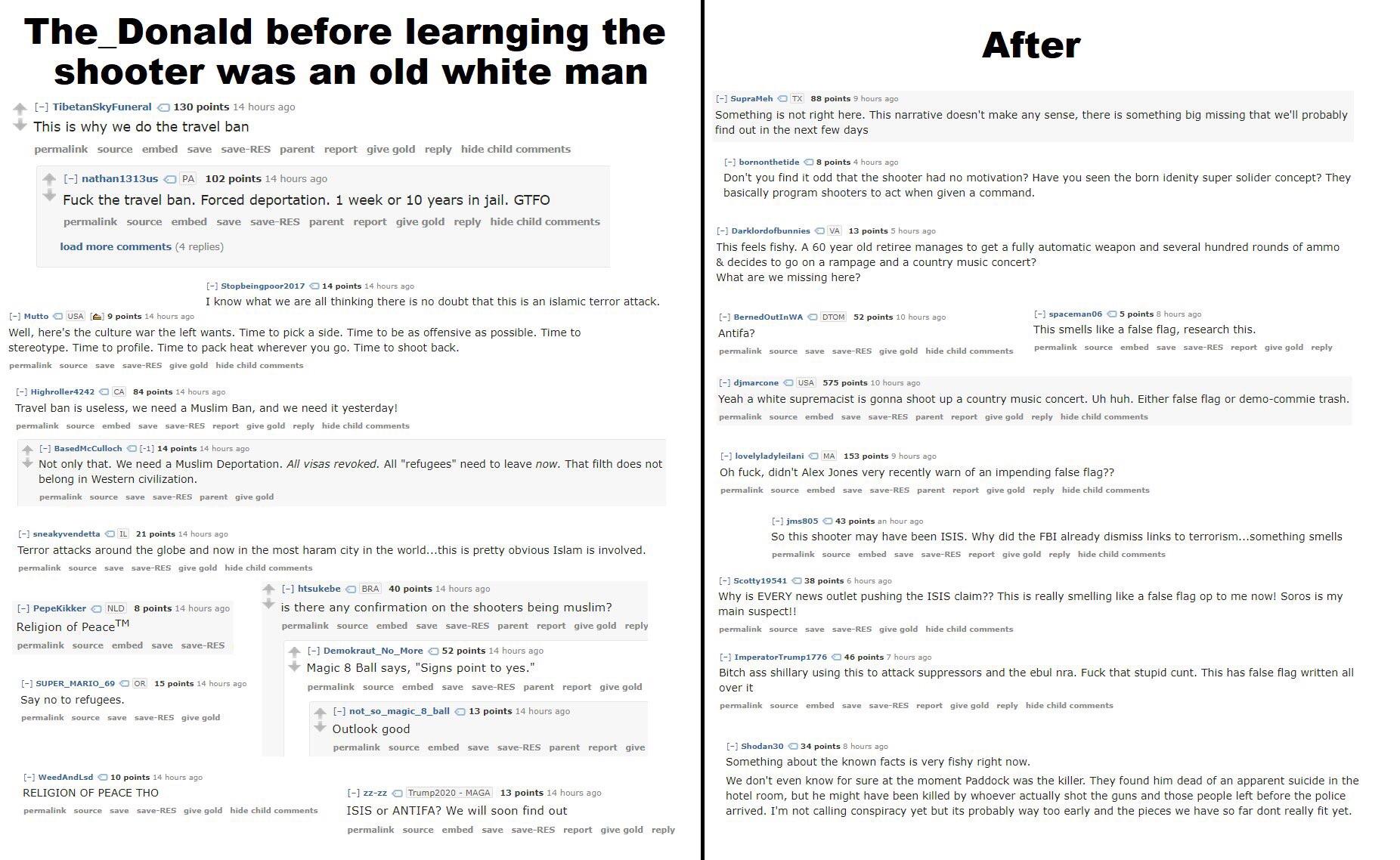 r/The_Donald, before: "Fuck the travel ban, forced deportation. 1 week or 10 years in jail. GTFO." After: "Antifa? This smells like a false flag. Research this." Read the rest

Taco Bell now has a wedding chapel in Las Vegas 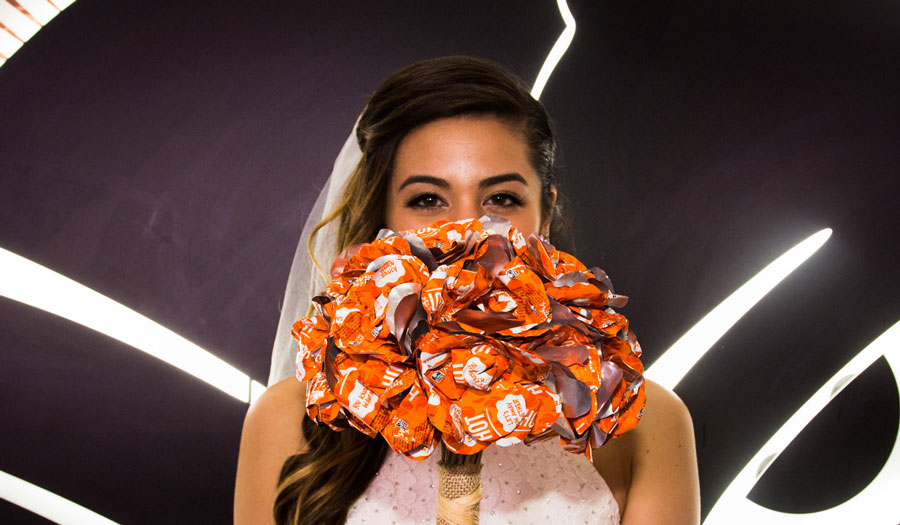 Taco Bell will soon offer fully-catered weddings at its Las Vegas flagship restaurant. Key selling points of this elegant offering are that this Taco Bell Cantina location has a DJ booth, pours booze, and has big digital displays. The $600 wedding package includes:

• Custom merchandise, including a sauce packet garter and bow tie, “Just Married” t-shirts for the bride and groom, Taco Bell branded champagne flutes and, of course, a Taco 12 Pack filled with tacos and a Cinnabon Delights cake for dessert

Evan Griffin's dad borrowed his Gopro for a Vegas holiday and walked the strip for days with the camera on the end of a selfie-stick -- pointed the wrong way. Read the rest

John Kane, who'd lost a fortune to Video King machines, discovered a subtle bug that let him win big -- so the casinos put him in handcuffs. Read the rest

The Las Vegas all-you-can-eat buffet arms-race has gone thermonuclear: for $37.99, the Bellagio will give you access to its all-you-can-eat caviar buffet, offering "the world’s finest caviars Ikura and Tobiko."

Although buffets are all you can eat, the chefs recommend that customers take the caviar in small bites. To help novices, the chefs serve an appropriate amount on blinis and mini-waffles with traditional accompaniments such as chopped egg, red onions, chives or creme fraiche.

"We do have some people who come up with a bowl and want us to fill it up," Ortiz said. "But we like to respect the integrity of the dish."

Casino panopticon: a look at the CCTV room in the Vegas Aria

A fascinating article in The Verge looks at the history of casino cheating and talks to Ted Whiting, director of surveillance at the Aria casino in Vegas, who specced out a huge, showy CCTV room with feeds from more than 1,100 cameras. They use a lot of machine intelligence to raise potential cheating to the attention of the operators.

Despite that, Whiting says facial recognition software hasn’t been of much use to him. It’s simply too unreliable when it comes to spotting people on the move, in crowds, and under variable lighting. Instead, he and his team rely on pictures shared from other casinos, as well as through the Biometrica and Griffin databases. (The Griffin database, which contains pictures and descriptions of various undesirables, used to go to subscribers as massive paper volumes.) But quite often, they’re not looking for specific people, but rather patterns of behavior. "Believe it or not, when you've done this long enough," he says, "you can tell when somebody's up to no good. It just doesn't feel right."

They keep a close eye on the tables, since that’s where cheating’s most likely to occur. With 1080p high-definition cameras, surveillance operators can read cards and count chips — a significant improvement over earlier cameras. And though facial recognition doesn’t yet work reliably enough to replace human operators, Whiting’s excited at the prospects of OCR. It’s already proven useful for identifying license plates. The next step, he says, is reading cards and automatically assessing a player’s strategy and skill level.

Apollo Robbins: profile of a pickpocket