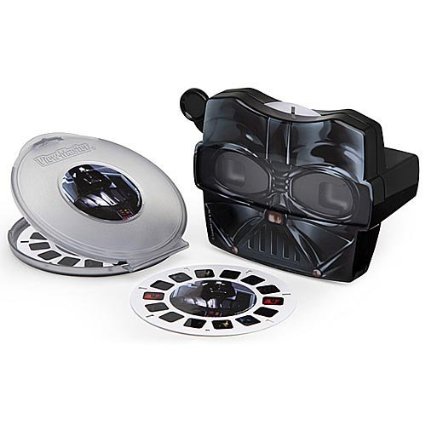 A Darth Vader themed viewmaster viewer? No viewer could be better for visiting children.

I didn't want my daughter's friends to destroy my childhood viewer. For $17 I acquired this Darth Vader one, and three Star Wars reels in a themed case to boot! 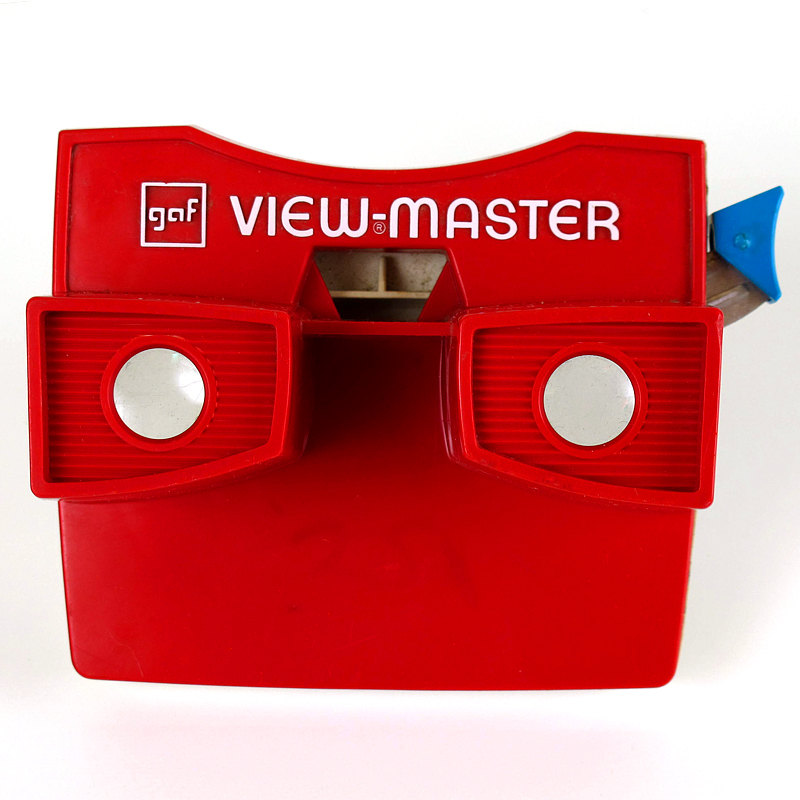 I thought a Viewmaster Viewer would be a funny joke on my daughter, as she was complaining about a lack of screen time. Now I'm hunting for vintage reels on eBay.

You're likely familiar with the current trend in parenting, where we decide our kids spend too much time staring at screens. I don't get it, I remember waking up at 6am to watch TV, and buying radios that'd let me secretively listen to David Letterman, long after my bed time. TV built my imagination up! Regardless, I had taken the iPad away from some reason and tossed Hannah my Viewmaster, long dormant in a curio cabinet, as a joke.

She asked what it was and I took out the very few reels I still had. With a satisfying Ka-CHUNK, we were off. Looking at a faded photos of Disneyland in the late 60s or early 70s, we had a fascinating discussion about the pros and cons of change. Did I miss the Disneyland I remember as a kid, or do I like the one we visit now?

"Are there new reels?" she asked. Amazon certainly has a lot to offer us. Minions, Star Wars and Hello Kitty were instant, popular additions to what is now "our" collection. I wanted to find more of the reels I'd have seen, as a kid; nostalgia has a way of taking me over. I turned to the internet's great flea market, eBay.

eBay has a ton of great stuff. Disney collections, Thundercats, and lots of amazing tourist relics from places like Yosemite or Yellowstone. Read the rest

For $25, you can give your iPhone shots that cheapo 1970s plasticam look. What I like most about the design is that it's made as a phone case, resembling a certain other toy from the era, rather than just a snap-on lens. Read the rest