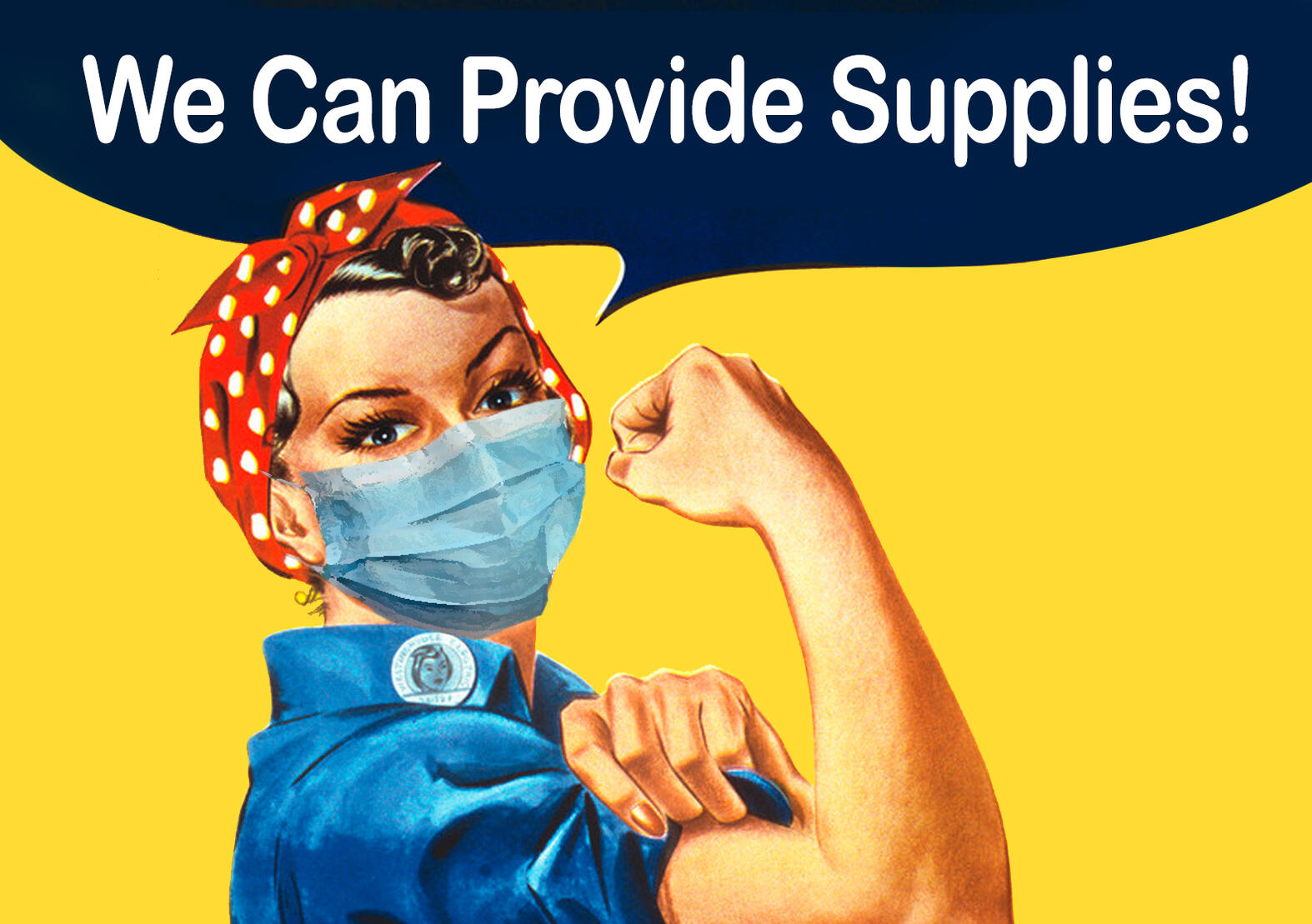 The ever-clever and resourceful Danielle Baskin has created a site for the online coordination and distribution of DIY-produced filter masks, face shields and other PPE (personal protective equipment).

In times of emergency, the CDC allows production for crisis capacity scenarios. Homemade supplies are an emergency supply for overwhelmed hospitals and we have to prepare right now for it. While factory capacity is limited, we are building a distributed factory of crafters, DIYers, and organizers across the country. Here's what we need to focus on first: Surgical masks Gowns Face shields

Note: Some hospitals will not accept DIY PPE supplies. 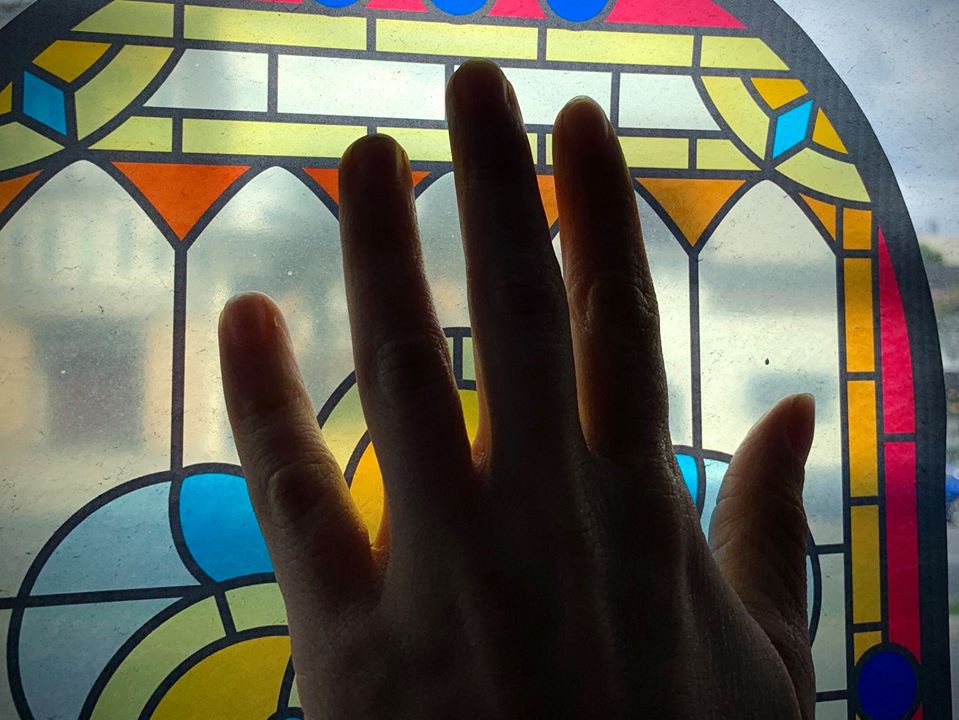 Artist and entrepreneurial prankster Danielle Baskin is at it again. This time, Danielle has created a line of cling-on faux stained glass windows that you can slap up on any commercial plane window for inflight prayer and reflection. "Now, isn't that special?," sayeth the Church Lady.

Made faux stained glass for plane windows so you can pray during your domestic flights.

This is a flexible film that clings to glass. There’s no adhesive, so you can easily take this on and off your window to improve your in-flight prayer experience.

It also protects against any germs that might be on windows! It's infinitely washable with soap and water or can be sprayed with disinfectant.

Rolls up easily for travel.

The windows are available in five sizes (to fit your aircraft of choice) at her Magic Store .

Images used with permission of the artist Read the rest

Costco completely out of divination supplies, thanks to artist 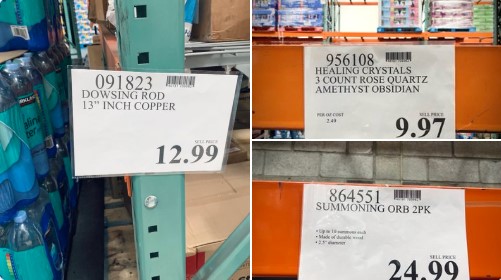 Reality hacking wizard Danielle Baskin has been busy changing up signs at her local Costco. What was once an empty toilet paper shelf, now holds zero bags of runes.

I went to my local Costco today and replaced the signs for sold out items like toilet paper and bottled water with signs for magical items like: health potions, dowsing rods, tarot decks, summoning orbs, soul gems, healing crystals, and invisibility amulets.

Costco is SOLD OUT OF TAROT DECKS too? Ugh. pic.twitter.com/lmdtpIDLRk

Delighted that so many wizards, witches, mages, and dungeon masters are following me now. Divination is important. LARPing is too. If you have good intentions, I encourage learning magical practices and finding tools to expand your ideas of what is possible. At a Costco near you.

-- Danielle Baskin is always up to something good

Respirator masks with your face printed on it 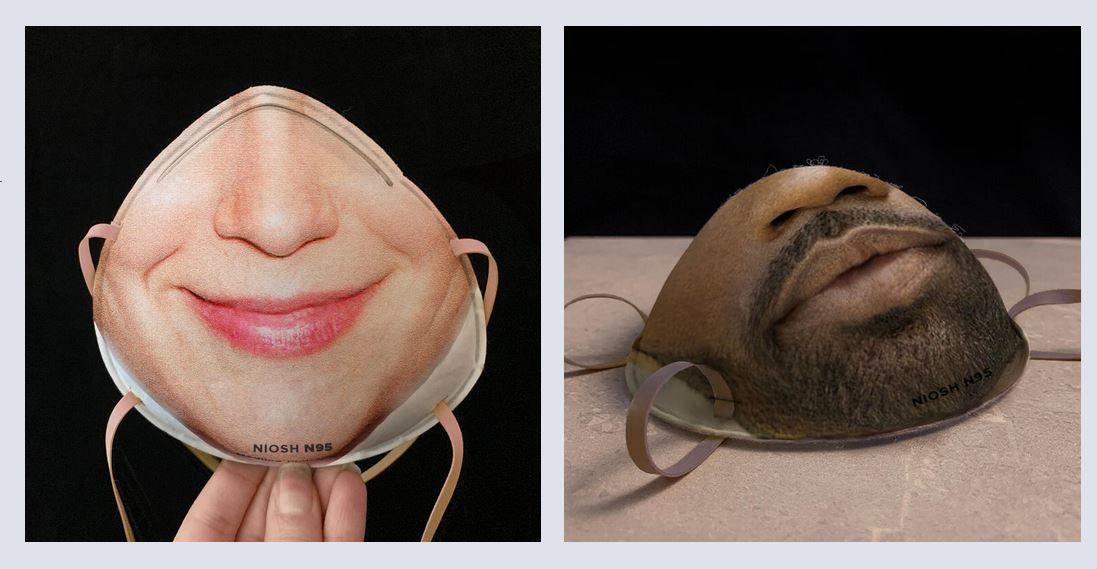 Face ID Masks plans to offer a service that prints your face onto respirator masks, so you can unlock your phones without exposing yourself to the plague. But there's a shortage of face masks, says creator Danielle Baskin, so for now it's just a dystopian joke.

After uploading your face, we use computational mapping to convert your facial features into an image printed onto the surface of N95 surgical masks without distortion.

Our printer uses inks made of natural dyes. It's non-toxic and doesn't affect breathability.

You can use your mask for everyday life as a barrier for airborne particle droplets.

If you're sick, wearing a mask makes it hard to use your biometric data to access your phone.

Made this service that prints your face on an N95 mask, so you can protect people from viral epidemics while still being able to unlock your phone. 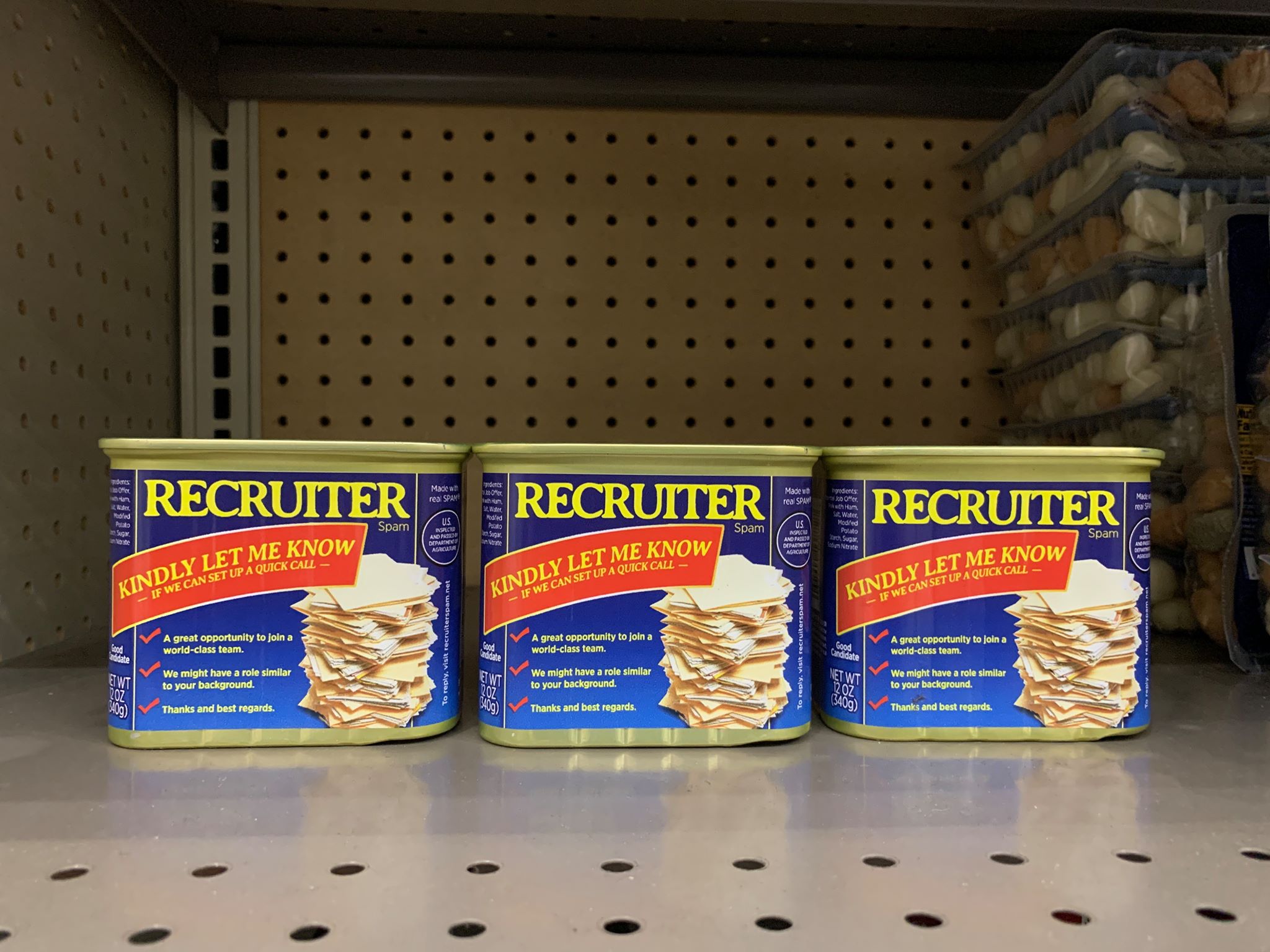 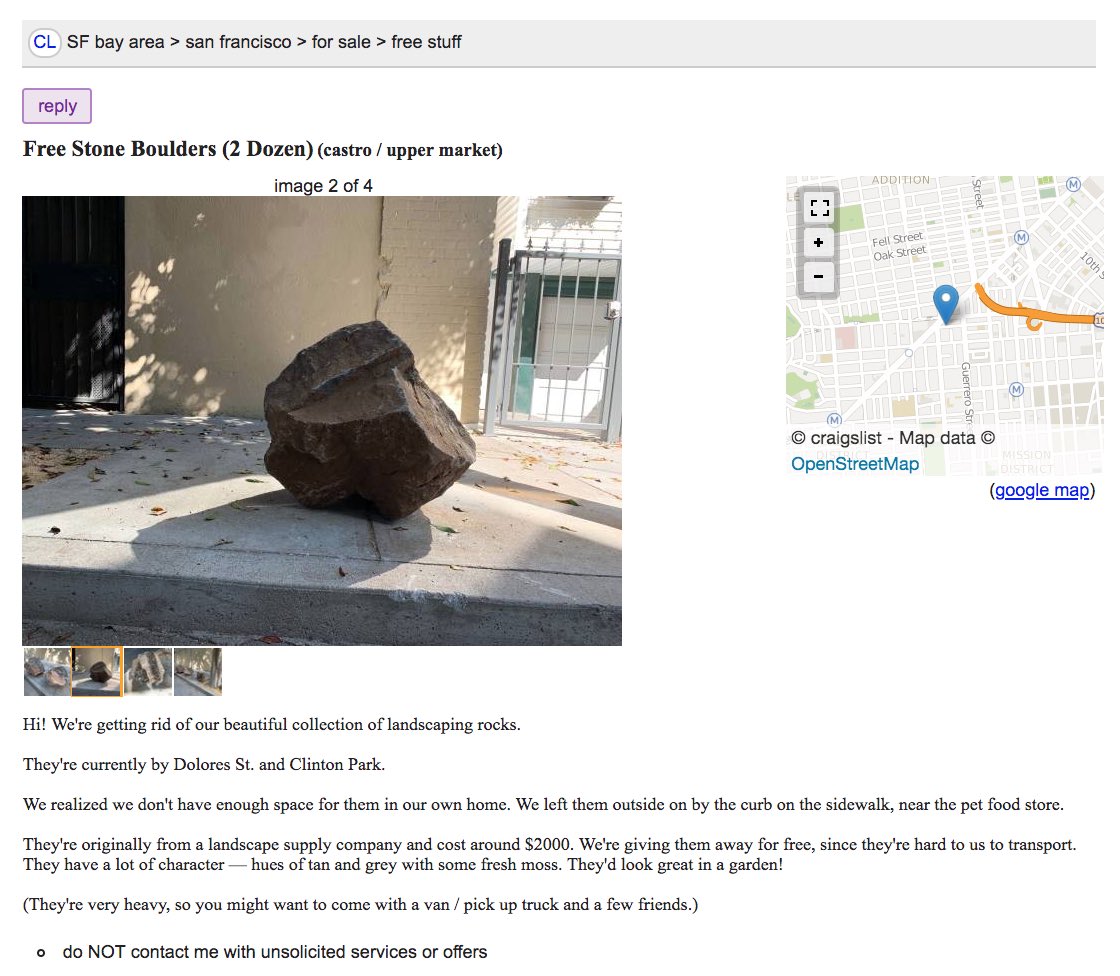 The latest? On Friday night, the boulders were pushed into the street! Read the rest 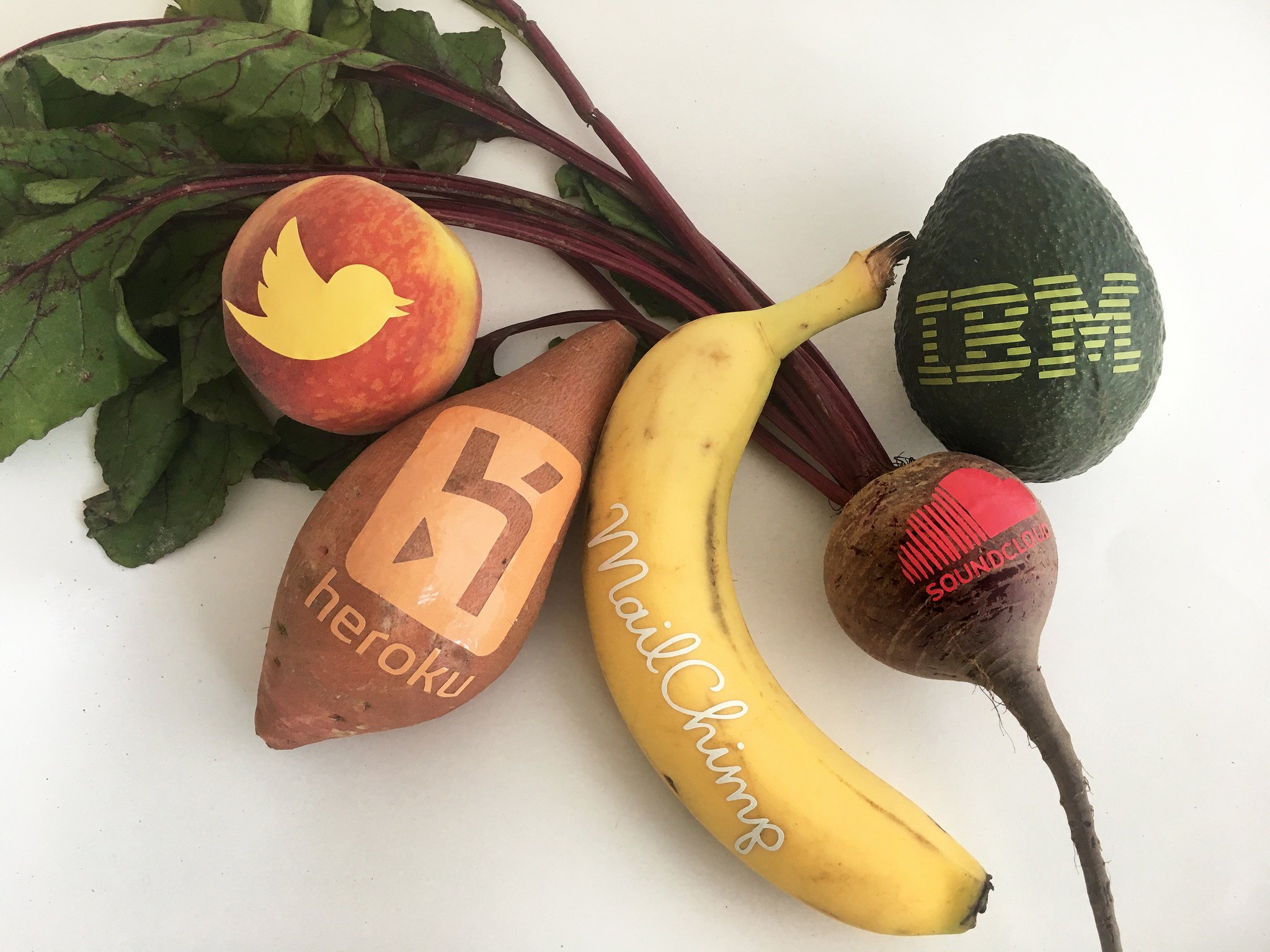 In an article published Wednesday, Fast Company revealed that logoed fruits and vegetables are a hot trend with tech companies, beating out the usual swag like stress balls or notebooks. Serial artrepreneur Danielle Baskin (who you may remember from the Your Boss app or Drone Sweaters) is behind this trend. It all started in 2015 after being asked to bring some avocados to a barbecue celebrating the sale of a friend's startup. She thought it would be funny to put the startup's logo on the avocados as a joke. They were a big hit.

In 2017, she started BrandedFruit.com and orders have been coming in steadily ever since.

She has now made branded fruit for everyone from Pizza Hut to Heroku to AT&T. Baskin has also had personal requests: One man ordered several avocados for a wedding proposal. Orders are as small as 10 pieces of fruit that will be centerpieces at an event to 500 pieces that will be handed to out to guests. Each fruit costs, on average, $5 to make. That’s not cheap in the world of swag, which is known for churning out products at rock-bottom prices, like $1 T-shirts or 50¢ tote bags. But it is reasonable to larger companies. “Large companies seem to have enormous budgets for swag,” she says. “I sometimes think I should increase my prices, but I also think it is crazy to spend more than $5 on a piece of fruit.”

Since the article published, Baskin's phone and inbox has been full of requests for branded fruit from around the globe. Read the rest 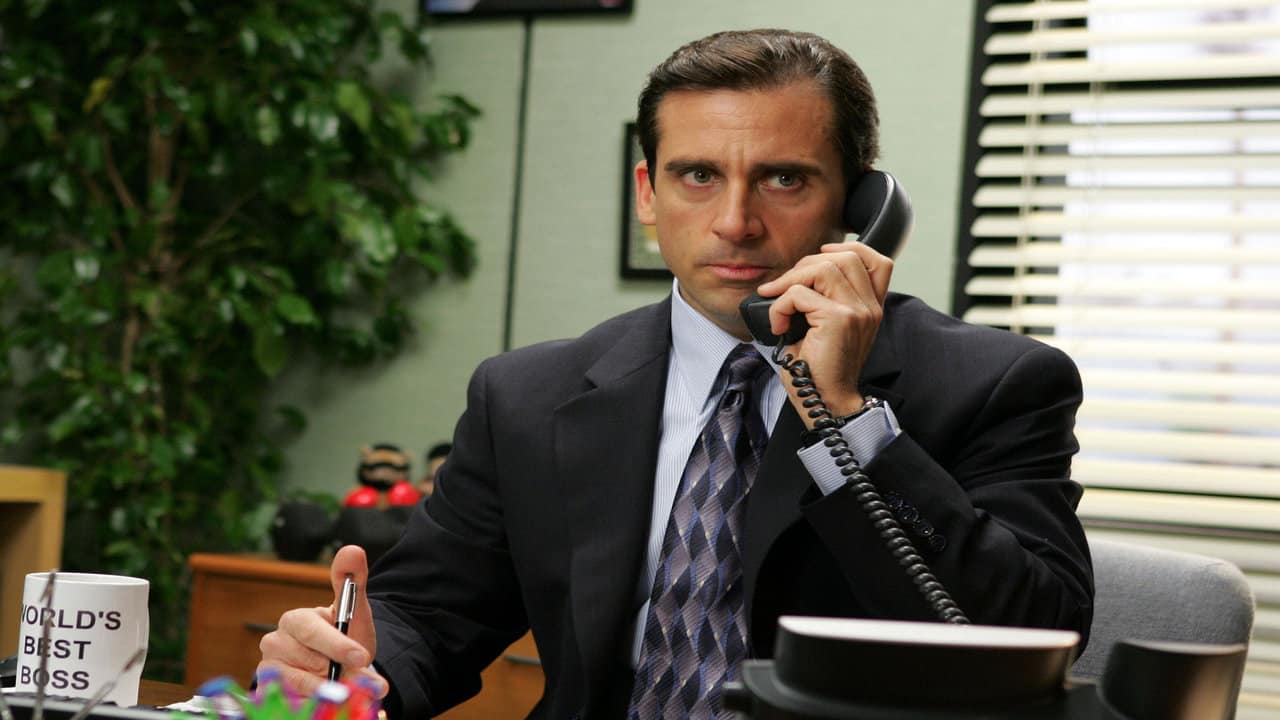 My co-founder and I are entrepreneurs and freelancers with many projects. We made an app to automate phone calls between us to keep ourselves on track, because we often work alone (without a boss). 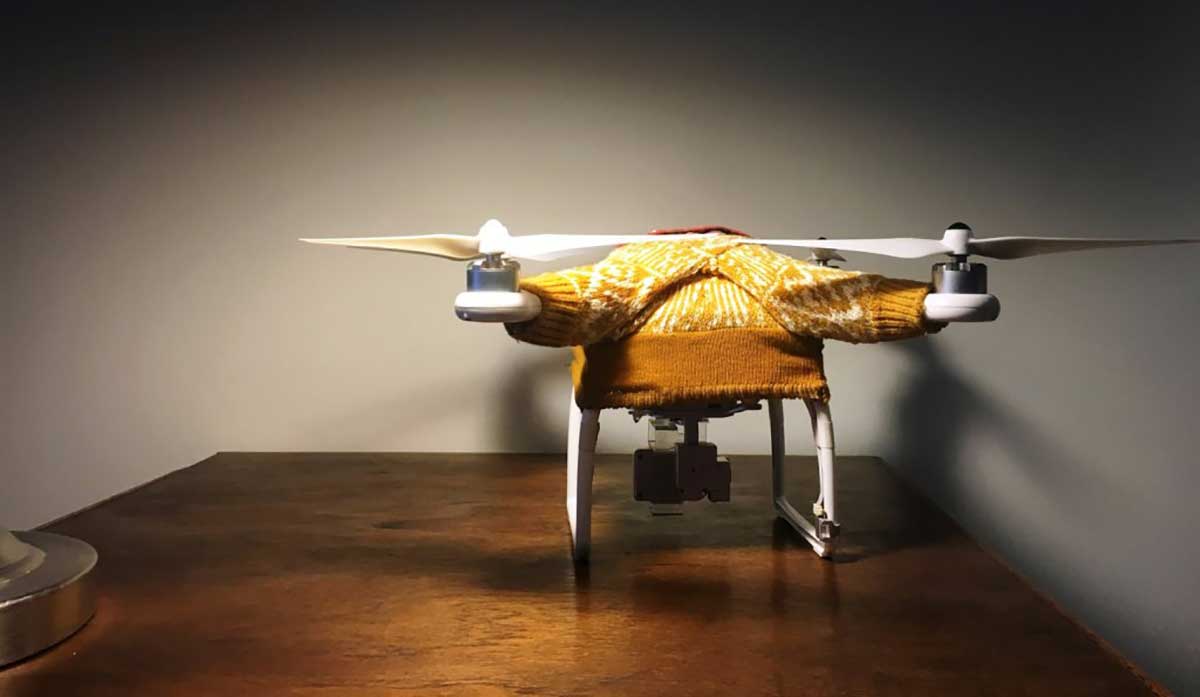 Over at Make, Gareth Branwyn reported on his personal highlight of Maker Faire Bay Area last weekend -- a presentation by artist Danielle Baskin, who made sweaters for drones and then sent the drones on real Tinder dates. I saw the presentation too and was literally laughing for much of her talk.

Drone sweaters started out as a joke. As Danielle says, it’s so easy, if you have a fun, goofy idea, to quickly create a professional-looking website, put it up, and see where it takes you. She did that with Drone Sweaters and this joke started getting serious attention, and even interest from drone owners looking to buy sweaters. So, Danielle opened up shop for real. You can get a fashionable Danielle Baskin sweater for your drone for $89.

Danielle’s next foray into fun drone foolishness was creating Tinder dating profiles for her drone. Again, she didn’t know what to expect, but she started getting matches. Within a few weeks, the drone had gotten 200 Tinder matches. And the matches started flirting(?) with her drone. Some suitors wanted to go on actual dates, so Danielle set up a viewing blind so she could see the drone (without the date seeing her). A baby monitor, hidden beneath the drone, inside the sweater (see, that sweater is handy), allowed Danielle to hear the date and respond. She even sent out at FAQ before the dates informing the drone’s suitors of proper drone dating etiquette. At least one drone dater asked for a second date.