Frank Wu writes, "Today Brianna Wu, progressive Democrat and cybersecurity expert, is launching her 2020 bid for US Congress in MA-8! She has a brand new video, in which she introduces herself, and talks about being disowned by her family when she came out as queer. She also talks about the alt-right hate group Gamergate, founding her software development firm, and progressive policies she supports. Simultaneously, Brianna has re-designed her website, which outlines her platform, accepts donations, and allows supporters to volunteer. 'It’s time to be bold,' Brianna says." Read the rest 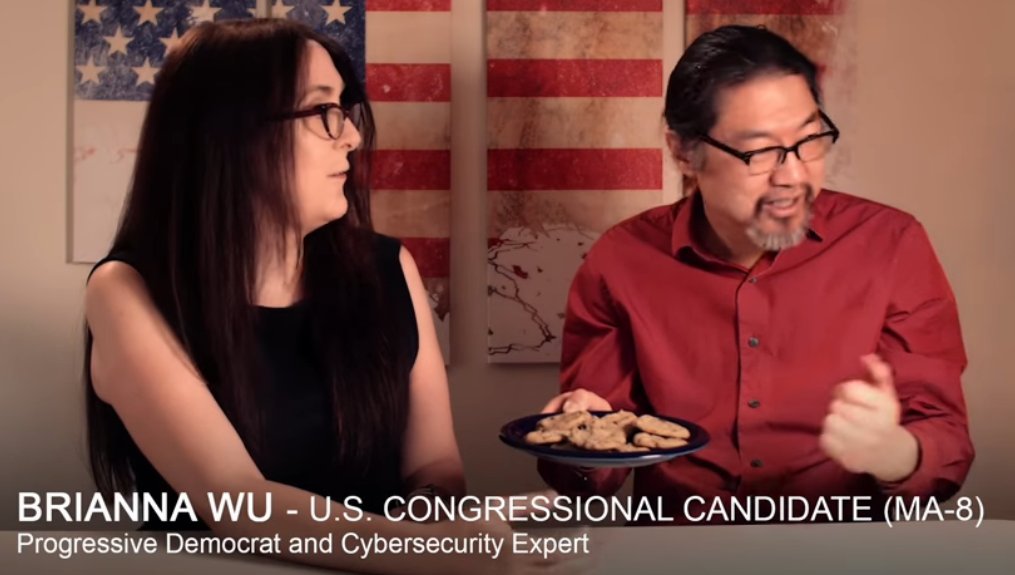 An amazing campaign ad for Brianna Wu, courtesy of her husband Frank Wu

Frank Wu writes, "My wife Brianna Wu decided to run for US Congress on a serious platform of fighting for intelligent tech policy and against wage and racial inequality, and in opposition to Donald Trump’s unhinged ideas. She asked my opinion. I said I would support her in any way possible, especially if she was OK with me making my own awesome campaign ad for her. Well, here it is." Read the rest