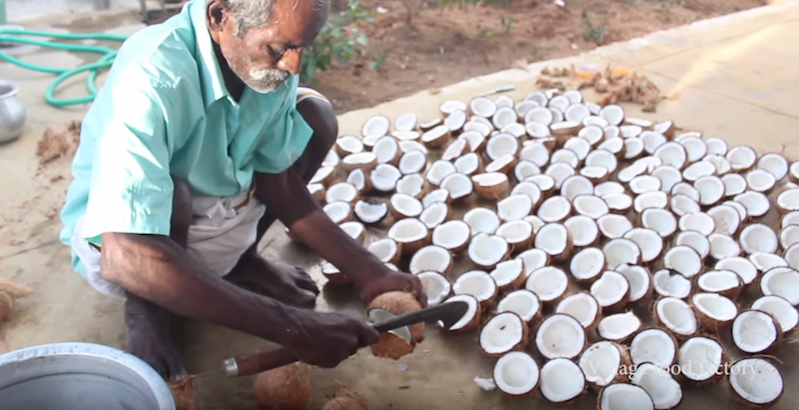 Arumugam and a friend make quick work of 100 raw coconuts as they prepare coconut oil, then use it to cook some really tasty-looking grilled chicken legs, one of his specialties. Read the rest

How to bust a coconut open like a boss 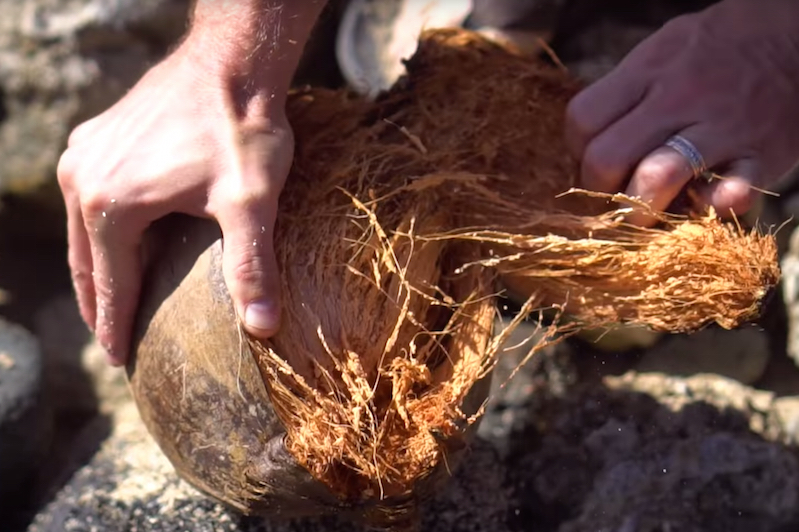 Grant Thompson took a moment from his trip to Hawaii to show how to bust open a coconut without expending more energy than the coconut will provide. There are two parts: getting through the outer husk, and cracking the nut itself. Read the rest 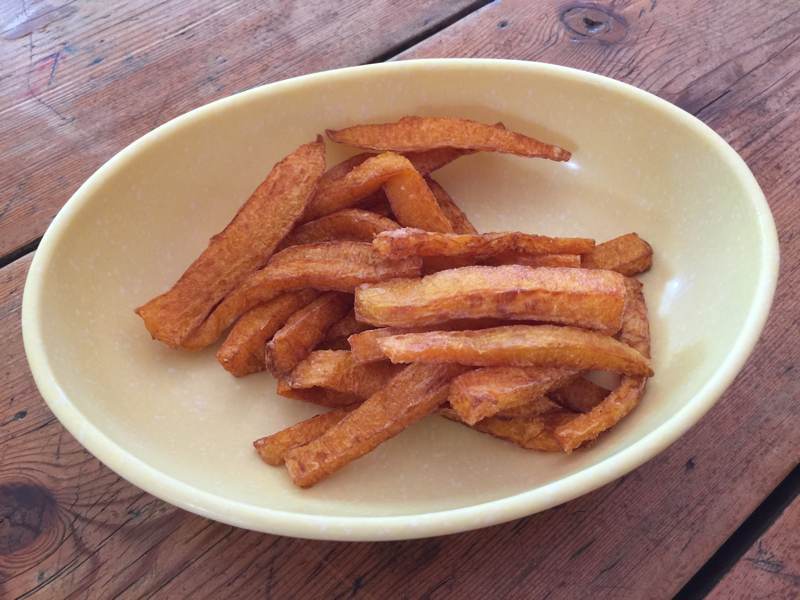 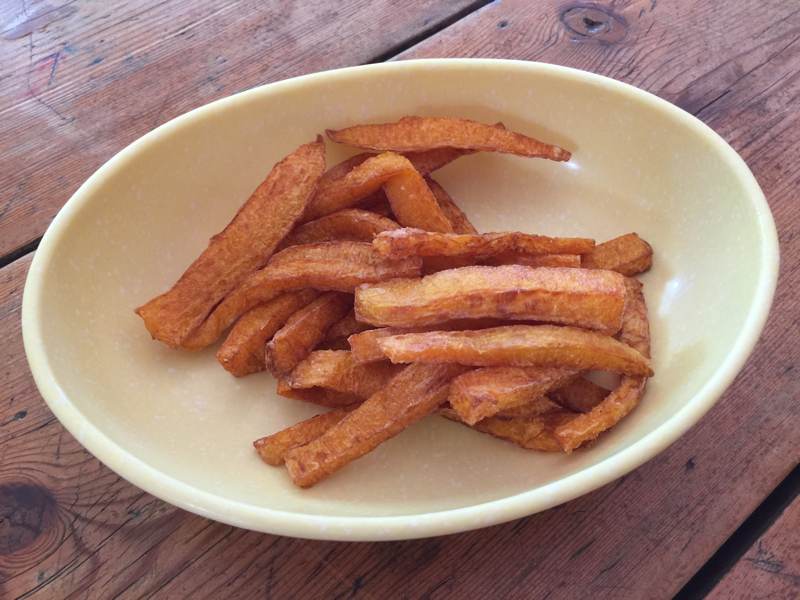 My two favorite foods are sweet potatoes and butternut squash. I typically cut them up like french fries and put them in a roasting pan with a lot of coconut oil and salt, then bake them at 425 degrees for about 40 minutes. I wanted to actually deep fry them, so a few days ago I bought a FryDaddy deep fryer. It costs just $(removed) on Amazon, and is very highly rated by reviewers there. After making sweet potato fries and butternut squash fries, I agree with the reviewers. This is a terrific tool, especially for the price.

It couldn't be easier to use. You just add oil up the the fill line and plug it in. (I use Carrington Farms organic cold-pressed, unrefined coconut oil.) After the oil heats up, you add the chopped up potatoes or squash and fry them for about 10 minutes. Put them in a colander so the oil drips off (there's not a lot of oil) and shake a bunch of salt on it. The more salt the better.

I learned how to prep the sweet potatoes after listening to Adam Savage describe how he makes them. He skins and cuts the potatoes, then soaks them in water for an hour, which gets some of the starch out (the water becomes very cloudy). Then drain the water and pat the potato pieces with paper towels until they are damp. Next, put a tablespoon of corn starch in a paper bag, dump in the pieces and shake them in the bag. Read the rest

A barista takes a close look at "Bulletproof Coffee"

Bulletproof Coffee was invented by self-described bio-hacker Dave Asprey. He uses mold-free coffee blended with unsalted butter and MCT oil. I've had it and it is very tasty. I don't know if it is the wonder beverage that Asprey says it is, and his claim that a lot of coffee has harmful mold in it is dubious. (Watch this video on the Joe Rogan podcast where Rogan talks about sending different coffee samples to testing labs and learning than none of them have mold).

Recently, Matthew Perger, a world champion barista, roaster, green buyer, consultant and partner at St Ali and Sensory Lab in Melbourne, Australia got to the bottom of Bulletproof Coffee in a fascinating blog post.

Will I lose weight by drinking it? That sounds easy! Give me a Bulletproof coffee please!

Long Answer: Bulletproof coffee is like a really fatty latte. And when I say fatty, I’m talking somewhere close to your entire recommended daily intake of fat (~60g per serving). This isn’t necessarily a bad thing. Many popular studies have recently salvaged fat’s reputation as diet devil, showing that fats can be part of balanced diets. But, 440 calories is 440 calories. If you eat it, your body will burn it or store it somehow.

Most humans that would potentially drink a bulletproof coffee spend a lot of the day in an anabolic state. That is, they’re well fed, and blood glucose is relatively high from eating. This means their body is content to store any excess calories as glycogen in the muscles and liver, or fat in adipose tissue.

Why does coconut oil solidify into a hexagonal pattern 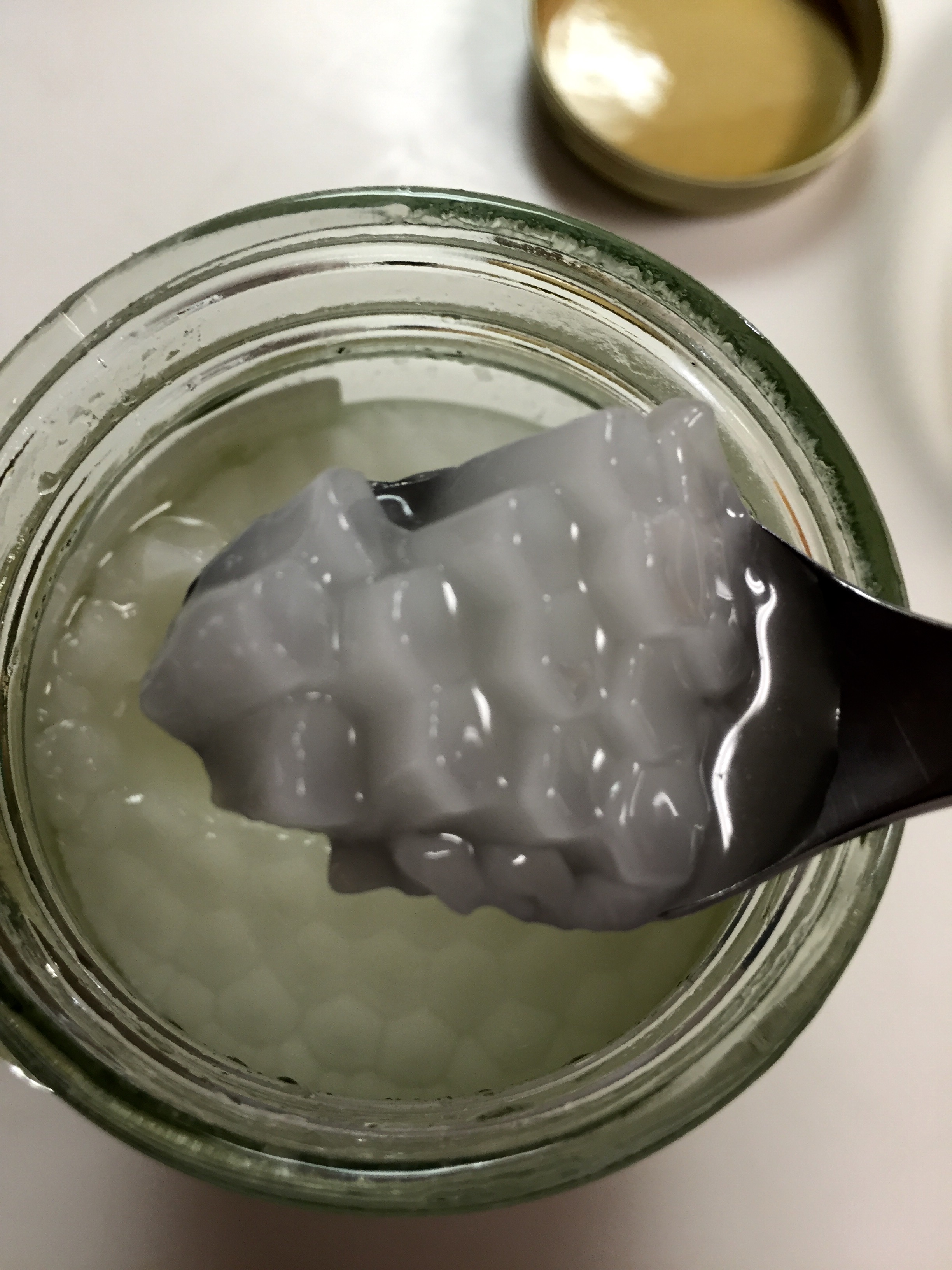 "This coconut oil melted during a heat wave and later re-solidified. Why did it form this honeycomb structure?" asked pensive badger on the askscience subreddit. Many answers have been given, using science-y words like "Voronoi diagram," "dissipative structure," "Bénard cells," "Rayleigh number," and "crystal nucleation." What is the answer?

Why Ziya Tong likes the CocoJack 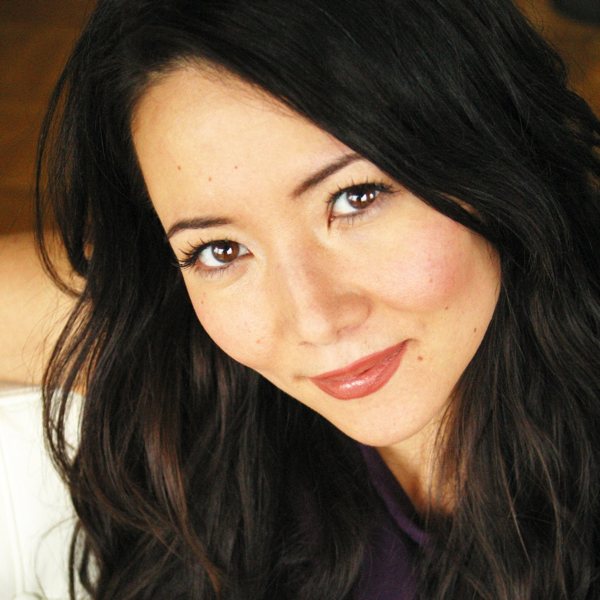 The most recent guest on the Cool Tools Show (hosted by Kevin Kelly and me) is Ziya Tong, host and producer of the television program Daily Planet, Canada's daily science show, which airs on Discovery Canada. Before that, Ziya was host and field producer for Wired Science, produced in conjunction with Wired Magazine and NOVA ScienceNOW on PBS. She is on the board of WWF Canada and the founder of Black Sheep. She's a fan of the CocoJack coconut opening tool, which you can read about below. Read the rest

Too bad it wasn't carrying a clarinet so I could make a Squidward joke.

Coconuts is a goofy dexterity game from South Korea that has no business being as much fun as it is. Jon Seagull says its appeal is a testament to the power of great product design.

You know what your bike needs? Laser-cut, geared coconut clompers that make it sound like you're riding a bike.

Tool for boring a hole in coconuts

[Video Link] Cleaning stick included. Protip: Use FLVTO to rip the song from the video and play it every time you use your CocoDrill.

(Click photo to embiggen) Just returned from a family vacation to Costa Rica. I have many photos, videos, and sound files to share with you. Here's a sample. I'm too jet lagged to come up with a word that describes the expression on the face of this coconut I found while beachcombing with my 8-year-old daughter. What emotion do you think the coconut is feeling? Read the rest

Mail a coconut from the Molokai, Hawaii post office

I just returned from a trip to Hawaii with my family. We spent most of our time on Maui but we took a day trip (by ferry) to the island of Molokai, which is famous for its leper colony founded by a Roman Catholic priest named Father Damien in the 19th century.

Compared to Oahu, Maui, the Big Island, and Kauai, Molokai is very undeveloped, with a population of only 7,000 people. I took quite a few photographs during our brief visit to this beautiful and interesting island and I will post more about Molokai later this week, but I wanted to share one highlight: the Post-A-Nut service offered by the Hoolehua Post Office. Here, you can select a free coconut and mail it, unboxed, anywhere in the world simply by writing an address and sticking postage stamps on it.

The post office is situated in the middle of a farming area, and has two signs on the outside of the building advertising its Post-A-Nut service. Read the rest

This is not an art installation in a snooty, big city gallery or museum. (Although it could be and should be.) This is the perky polka dotted wall of a sunshine state souvenir stand dressed with dozens kooky characters. They are to coconuts what tiki gods are to palm tree trunks. Each is hanging there just waiting to be bought, bagged and taken to a new, more permanent home like a patio, tiki bar or rumpus room. Each one has been carefully carved, painted and finished by hand then imported from the exotic island it came from for our pleasure.

Together on the wall they're certainly mesmerizing and nearly hypnotizing. They look at you every time you walk in the room. No two are exactly the same. Each has his, (or her) own personality. I'm not sure that today they would all pass the test of political correctness. Which one would you choose? Or do you just want them all?

Cute purses made out of coconuts

Erik of Afrigadget found these cute bags made out of coconuts on Lamu Island, off the coast of Kenya, while traveling with his daughter. As he points out, it's one example of a great way for locals to make money from tourists using local resources that might otherwise become garbage.