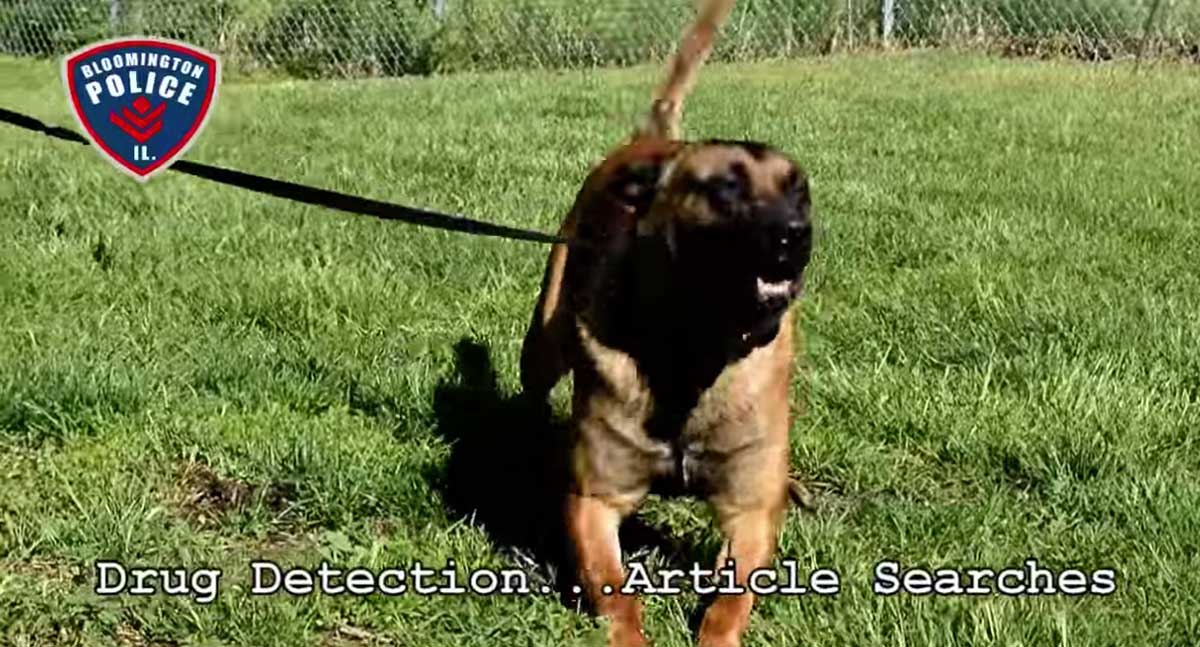 Weed shouldn't be legalized in Illinois, says Howard Buffett, Sheriff Macon County, because what will become of all the dogs trained to ferret out the deadly drug? "The biggest thing for law enforcement is, you're going to have to replace all of your dogs,” say Macon, who just so happens to run a "private foundation that paid $2.2 million in 2016 to support K-9 units in 33 counties across Illinois," according to The Pantagraph.

Chad Larner, who is training director of the K-9 Training Academy in Macon County, says retraining dogs would amount to “extreme abuse.” Larner says if the crazed dope smokers get their way and make pot legal in Illinois, pot sniffing dogs will have to be euthanized.

“The idea that legalizing for adults to have an ounce on them will equal ... all these dogs being euthanized, that seems kind of ridiculous and hyperbolic,” he said.

Both [Bloomington Public Affairs Officer Elias] Mendiola and [Normal Assistant Police Chief Steve] Petrilli said retired K-9s in Bloomington and Normal typically continue to live with their handlers, and dismissed the idea that any would be euthanized because of retirement.