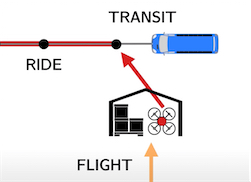 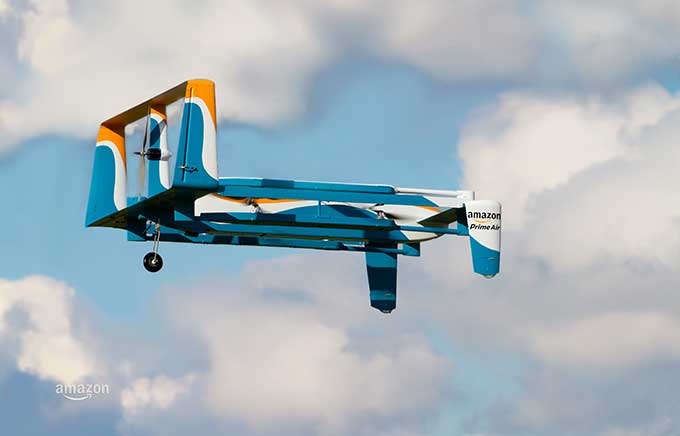 Amazon Prime Air has delivered the first customer order by drone, in England.

When will I be able to choose Prime Air as a delivery option?

We will deploy when and where we have the regulatory support needed to safely realize our vision. We’re excited about this technology and one day using it to deliver packages to customers around the world in 30 minutes or less.

Where are you building and testing?

We have Prime Air development centers in the United States, the United Kingdom, Austria and Israel. We are testing the vehicles in multiple international locations.

How will Amazon integrate Prime Air vehicles into the airspace? We believe the airspace is safest when small drones are separated from most manned aircraft traffic, and where airspace access is determined by capabilities. To learn more, view our airspace proposals here and here.

(Thanks, Mike!) Read the rest