Watch this atheist get kicked off live Egypt TV show 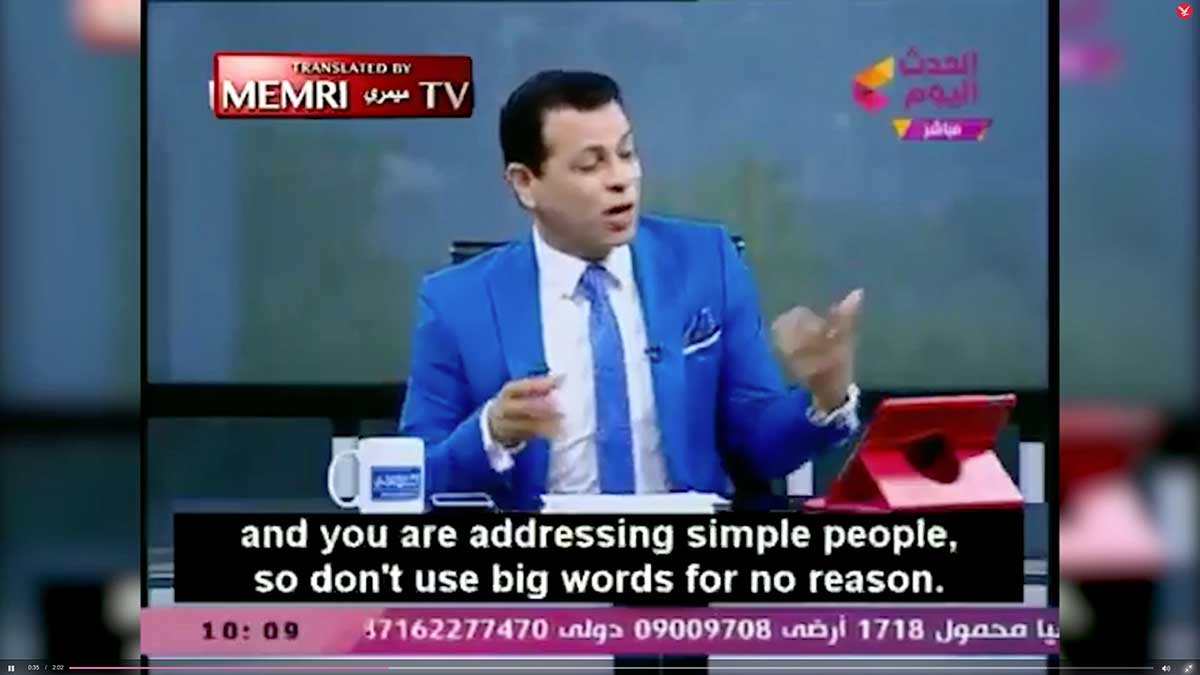 A young man named Mohammad Hashem caused a furor on a live Egypt television show after telling the host and his "debate" partner, former Deputy Sheikh of Al-Azhar Mahmoud Ashour, that he was an atheist. Ashour looked as if he'd been startled awake, saying "What? What was that?" When the Hashem said the words "Big Bang" in English, the host (looking dapper in an electric blue suit) angrily interrupted and shouted "Speak Arabic! You are in Egypt and you are addressing simple people, so don't use big words for no reason."

It went downhill from there, with the host whipping himself into an artificial frenzy worthy of Wally George. "You are confused and unreliable," he said. "You deny the existence of God and reject our religion and principles. You come here to talk about a certain idea, but have nothing to offer. You offer atheism! You offer heresy!" The former Deputy Sheikh of Al-Azhar told Hashem he needed "psychiatric treatment." The host jumped in and said, "I advise you to leave the studio and go straight to a psychiatric hospital... Please get up and leave and I will continue the show with Dr. Mahmoud." Read the rest

Communism, Hypnotism, and The Beatles

This 26-page pamphlet from 1965, with 168 meticulous footnotes, outlines the dangers of The Beatles and "the Communist master music plan." Also available in audio form. Read the rest 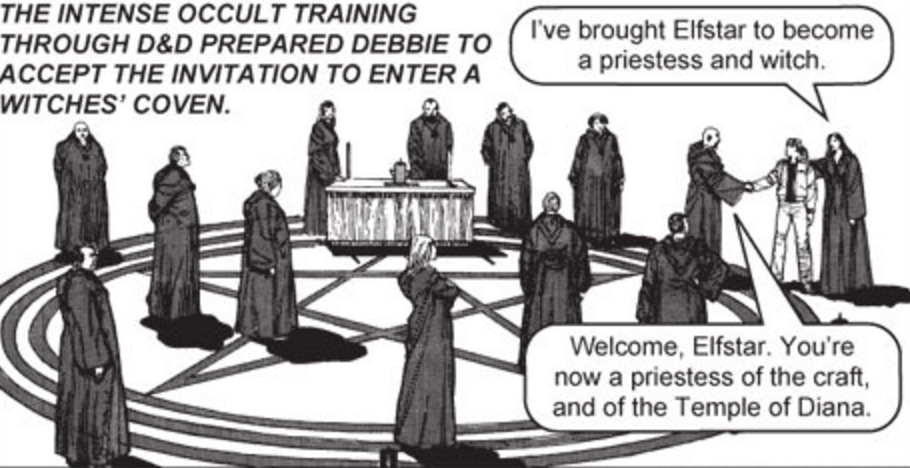 What do Christian fundamentalists have against set theory?

I've mentioned here before that I went to fundamentalist Christian schools from grade 8 through grade 11. I learned high school biology from a Bob Jones University textbook, watched videos of Ken Ham talking about cryptozoology as extra credit assignments, and my mental database of American history probably includes way more information about great revival movements than yours does. In my experience, when the schools I went to followed actual facts, they did a good job in education. Small class sizes, lots of hands-on, lots of writing, and lots of time spent teaching to learn rather than teaching to a standardized test. But when they decided that the facts were ungodly, things went to crazytown pretty damn quick.

All of this is to say that I usually take a fairly blasé attitude towards the "OMG LOOK WHAT THE FUNDIES TEACH KIDS" sort of expose that pops up occasionally on the Internet. It's hard to be shocked by stuff that you long ago forgot isn't general public knowledge. You say A Beka and Bob Jones University Press are still freaked about Communism, take big detours into slavery/KKK apologetics, and claim the Depression was mostly just propaganda? Yeah, they'll do that. Oh, the Life Science textbook says humans and dinosaurs totally hung out and remains weirdly obsessed with bombardier beetles? What else is new?