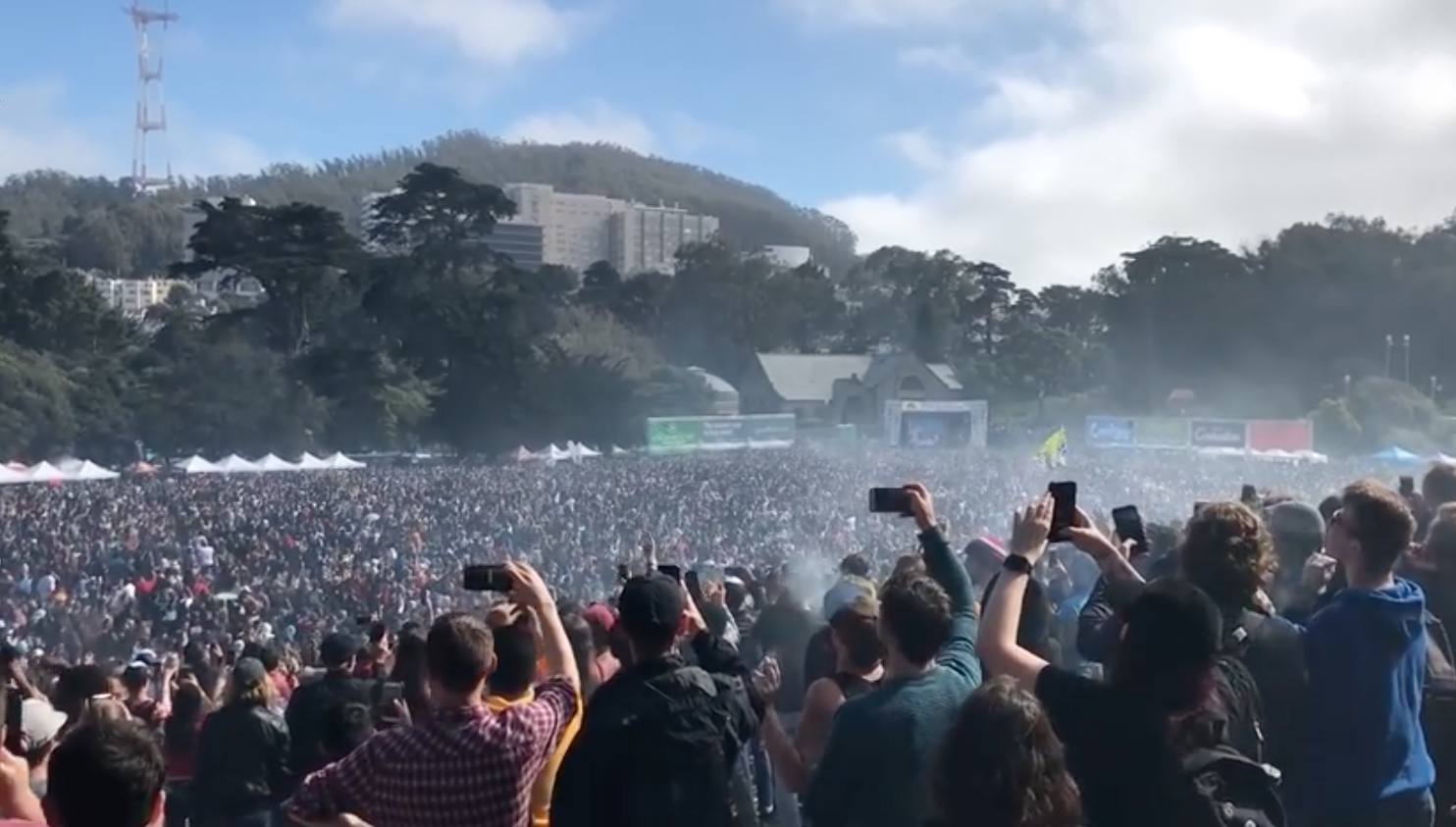 This was the scene at Hippie Hill in Golden Gate Park as the clock struck 4:20 p.m.

Look at all these stoners... San Francisco, California, ladies and gentleman!

According to SFGate, an estimated 15,000 revelers attended the annual 4/20 gathering at Hippie Hill in San Francisco's Golden Gate Park. This free, unofficial and unsanctioned event has been a tradition in the city since the 1970's but this is the first time it's occurred after recreational use of cannabis became legal in California on January 1.

The event began even before the gates opened about 40 minutes after the scheduled 9 a.m. start. The throngs that had gathered at the police barricades began chanting, “We want to smoke pot in the park,” and a collective whoop rose up as they were allowed inside...

One man holding an orange box full of immaculately rolled spleefs shouted, “Pot, pot, get your pot,” like a hot dog vendor at a ballgame, but most everyone already had the stuff. Still, vendors were everywhere selling tiny $5 gram baggies, cookies and gummies...

At 4:20 p.m., a New Year’s Eve-style countdown began for the “bud drop,” a phantasmagoric depiction of a marijuana bud descending a la Times Square, but it seemed to leave many people dazed and confused. Still, they cheered as if it was the highlight of a day jam-packed with highs.